Blues return to the ice to prep for NHL restart

Colton Parayko and Robert Bortuzzo were missing from practice. The immediate suspicion was that they tested positive for COVID-19 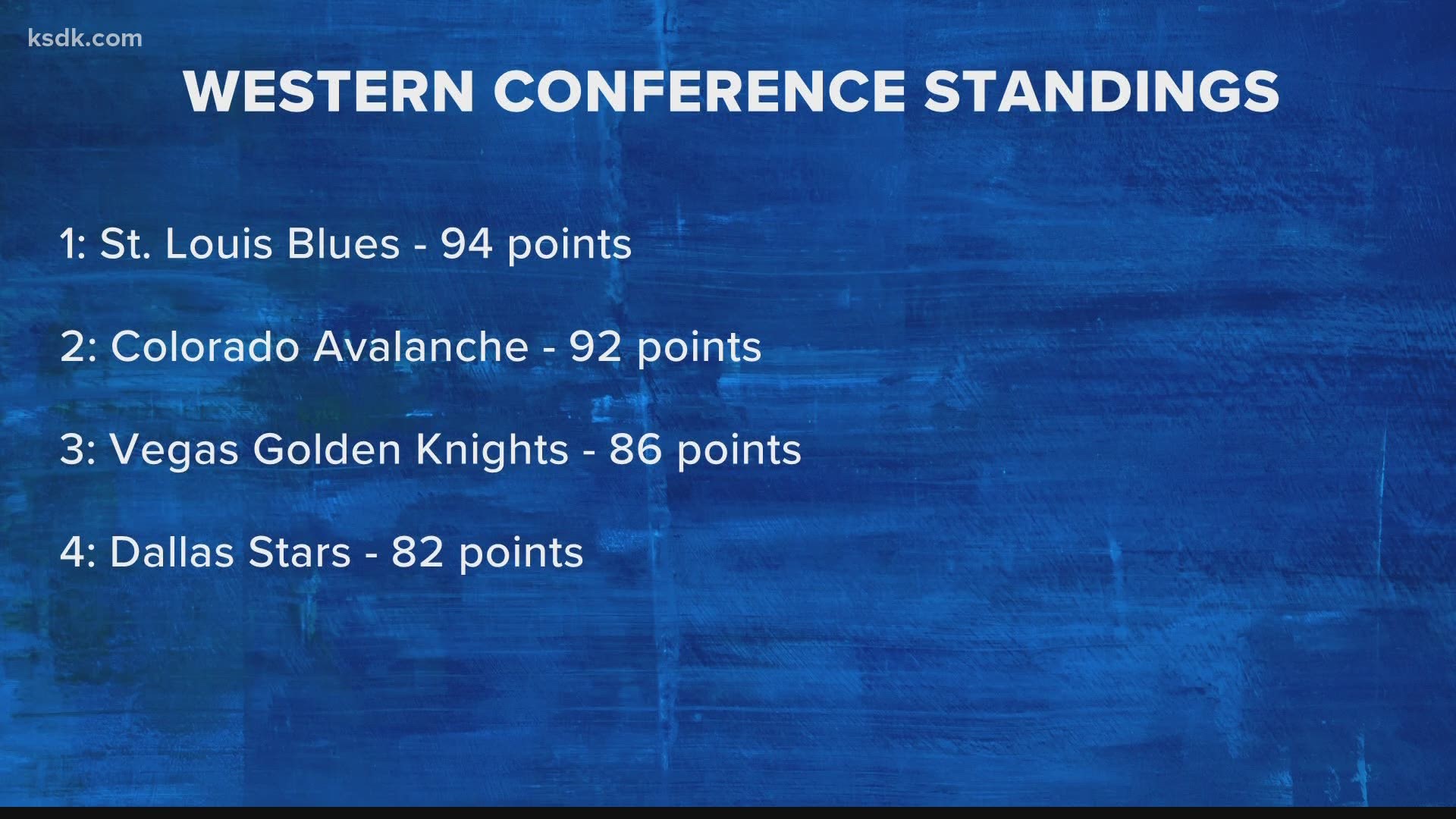 ST. LOUIS — The winter boys were back in town.

Yes, that's right, July, and as crazy as that sounds, it'll get even crazier if the NHL's Return to Play Plan goes off without a hitch. The plan has the 24 remaining teams — including the defending champion Blues — beginning their quest for the Stanley Cup. The Blues will be part of the Western Conference Round-Robin, a three-game mini series with the Colorado Avalanche, Vegas Golden Knights and Dallas Stars in a race for the top seed before competing in the first round of the Stanley Cup Playoffs.

"It's nice to get back out here," captain Alex Pietrangelo said. "Any time you get the group back together, it's a nice feeling. With regards to ramping it up, Chief sat down with me and the coaches and we've kind of come up with a plan. We do have quite a bit of time before we start. We have two, two and a half weeks until we play a game. Start slow, then we kind of ramp it up and get into our full team drills but for now, it's just kind of getting that conditioning back up, kind of getting the muscles and hips and everything back to playing in situations and we'll keep ramping it up every day until we get that full group back together.

"I think for a lot of us, we kept our brain in it and kind of knew at some point we were getting ready to play. ... We were crisp, we were good. Obviously a pretty furious practice out there if you were there and watching it. Guys were pretty sharp and the mental side of it was pretty good too."

Among the three omissions from practice Monday were defensemen Colton Parayko and Robert Bortuzzo. 2018 seventh-round pick defenseman Tyler Tucker, who general manager Doug Armstrong said got clearance Saturday to come to St. Louis and participate, was also off the ice Monday.

As for Parayko and Bortuzzo, the immediate suspicion is that the two received positive tests for COVID-19, and while the NHL is making all announcements regarding players not participating in any activity the rest of this season, Armstrong had some light-witted humor when asked about the two veteran d-men.

"They changed their cell numbers during the break, so I haven't had a chance to reach them yet, so they didn't know there was practice today.

"They'll be back in short order. We're not allowed to talk about it. You'll see them on the ice this week."

The Blues conducted two practices with two groups, including Vladimir Tarasenko, who was activated off injured reserve and will be ready for action when the Blues play an exhibition game July 26-28 (date, opponent and time TBA) before opening against the Avalanche in the round-robin games Aug. 2.

"Vladimir was participating here in Phase 2 and I've been able to get a glimpse of him through that time frame and his shot is still dynamic," Armstrong said. "He seems to score at will. That's something you sort of take for granted and watch every day and then you realize how special it is when you don't get to see him for four, five months actually or longer. It was great to see him out there. He looks fantastic. I know he's still knocking off some of the rust and I think having the exhibition game and then the three preliminary games is going to benefit someone like Vladi who hasn't played in a long time."

The fact that Tarasenko, who was originally slated to return in mid-to-late March, got an extra four months to rehab and prep couldn't have worked out better for the Blues considering he hasn't played since Oct. 24 and had surgery on his dislocated left shoulder Oct. 29.

"We weren't going to bring him back until he was 100 percent," Armstrong said. "We don't want to be penny wise, pound foolish with someone that's a cornerstone with your franchise. But I think having more time to strength, more time to condition has certainly helped him. Then you get to that level and he's 100 percent and he's like a racehorse. He wants to get onto the track and start running. We've had to hold him back. Having him out there today and over the next couple of weeks as we get into Edmonton, it's certainly going to be a benefit to have a healthy Vladi Tarasenko."

Unlike the normalcy of the Marathon regular season, teams all begin anew, healthy and ready to jump into the blazing saddle of the fierce intensity that comes with playoff hockey, much like the World Cup of Hockey.

"Part of it is we'll have a little bit more time than we had in the World Cup," Pietrangelo said. "Secondly, any time you get back with your group, guys that you're familiar with, guys that you know extremely well, I think the energy's there, you feed off each other. That's what our group does day in, day out. You get back into the setting, I think the energy ramps up pretty quickly." 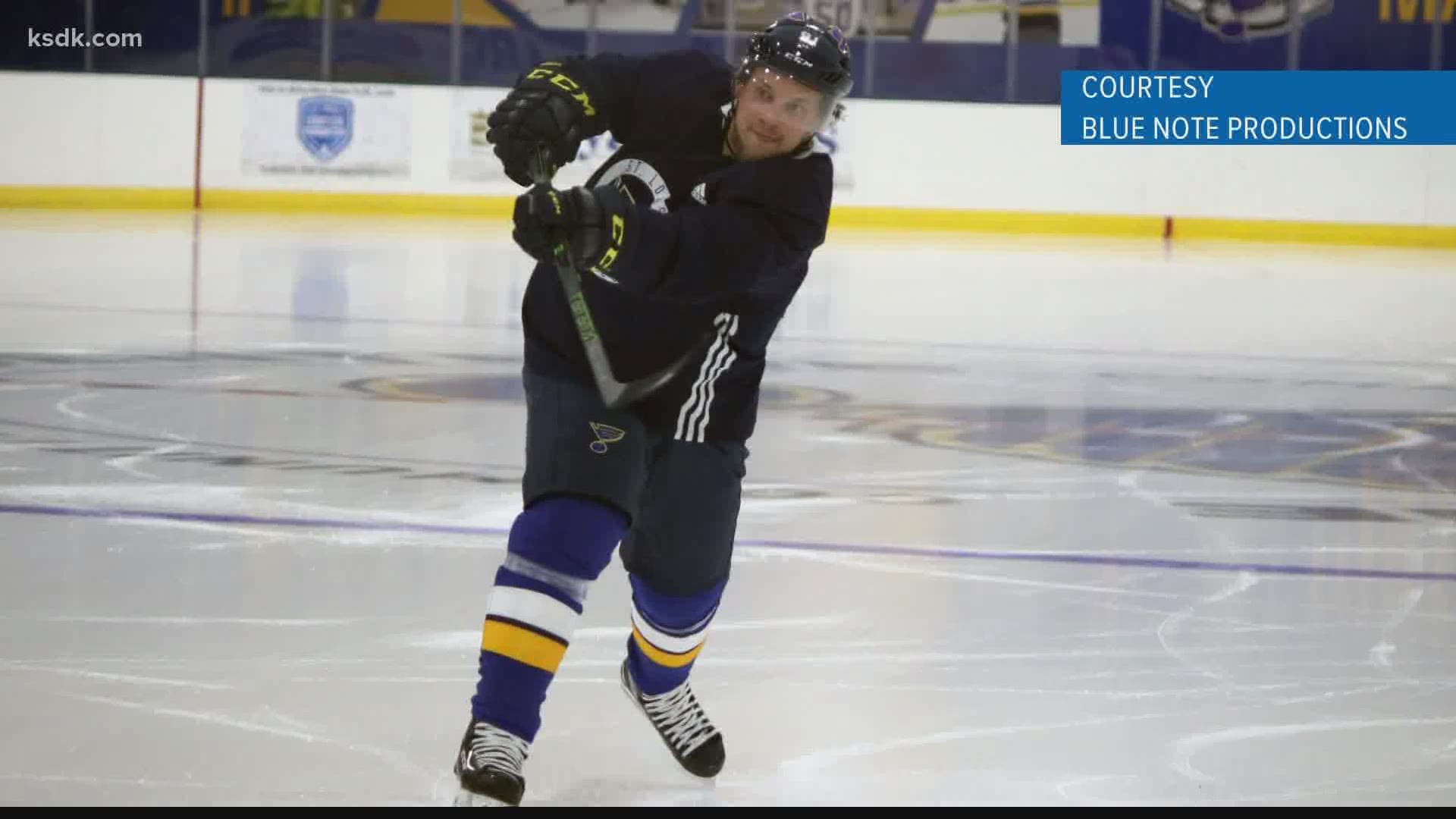 RELATED: Blues set to return to ice in 2020 Stanley Cup Playoffs on Aug. 2

RELATED: 5 On Your Side Countdown: The 10 most intimidating athletes in St. Louis sports history