Tennessee lost to Kentucky at Neyland Stadium for the first time since 1984. 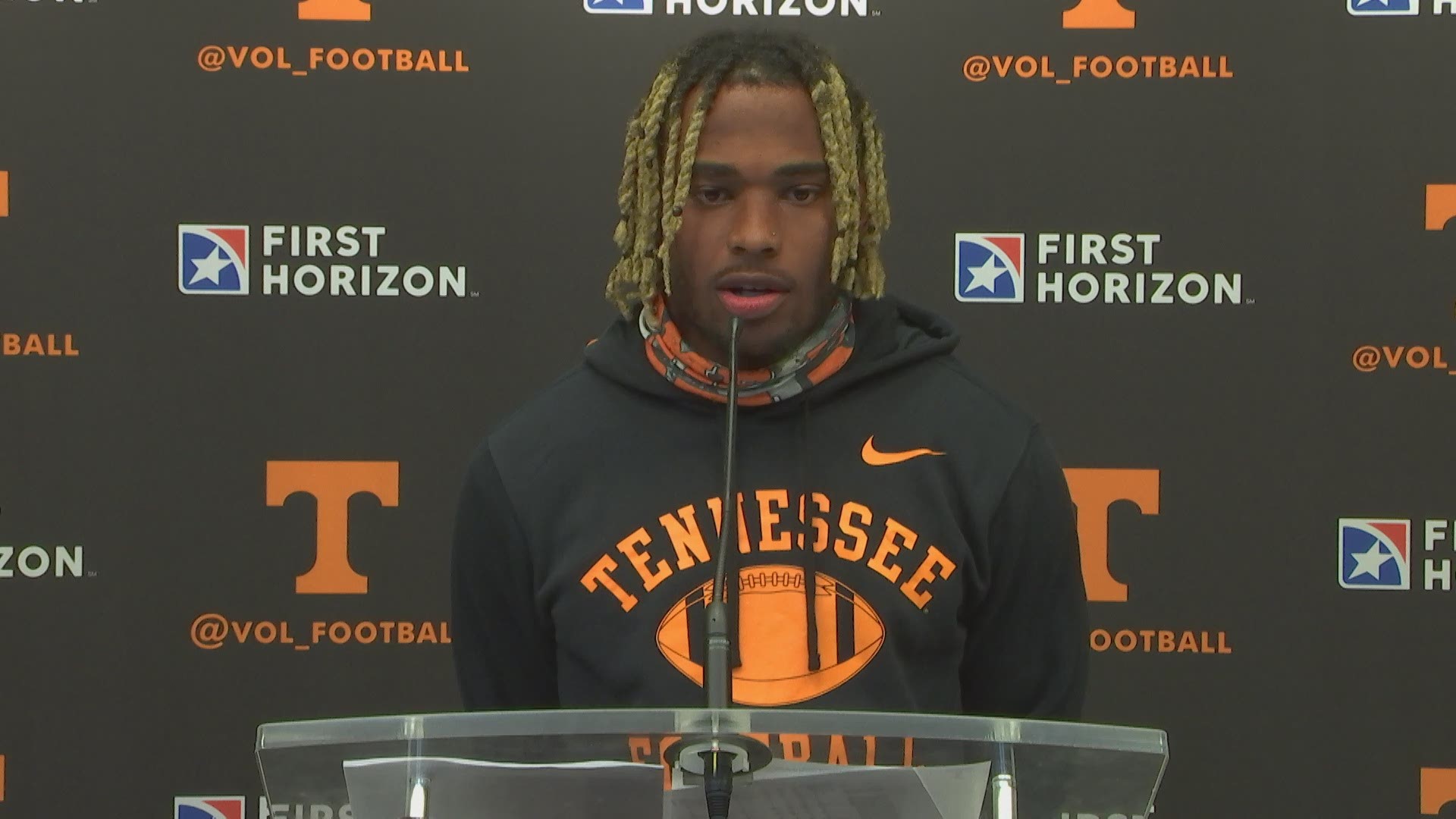 The theme of the first half of Tennessee vs. Kentucky was turnovers. The Vols played three different quarterbacks in Saturday's loss. Head coach Jeremy Pruitt said it was a collective coaching decision to put Guarantano on the bench.

On Kentucky’s opening drive of the game, the Wildcats fumbled. The ball was ripped away from Josh Ali by Vols Bruce Thompson.

Skipping to the second quarter, the Vols opening drive resulted in a pick-6. Jarrett Guarantano’s pass was intercepted by Kentucky’s DB Kelvin Joseph for a 41 yard touchdown run.

Two costly turnovers from Tennessee put Kentucky ahead 7-0 with 12:41 left to play in the first half.

"Getting the ball knocked out of his hand wasn't his fault." Pruitt said on Guarantano's turnovers. He should have took the check down. And on the whatever route we ran on 3rd and 4, I'm not crazy about that call. That's my fault.'

However, it doesn’t stop there. The next drive, Kentucky’s Jamin Davis intercepts Guarantano’s pass and returns it for 85 yards for back-to-back pix-sixes. Kentucky goes up 14 to nothing with 10:33 left in the first half.

The next drive, J.T. Shrout’s pass is intercepted by Tyrell Aijan, making it three straight Tennessee drives resulting with interceptions. Tennessee had four turnovers in the first 1.5 quarters of play, two went for six.

Kentucky’s defense has nine interceptions in their last 5.5 quarters.

Jarrett Guarantano subbed back in for the Vols at 5:53 left in the first half.

Tennessee quickly established the run game with eight straight rushes for Eric Gray. Tennessee scores on a four yard rush from Ty Chandler with 1:36 left to play in the first half. Tennessee’s scoring drive was 14 plays, 74 yards, 4 minutes and 42 seconds. The final 11 plays were all runs.

The Vols continued to show their weakness with guarding the slant as Kentucky executed on a one yard screen pass from Wilson to Allen Dailey for a touchdown. Kentucky's opening scoring drive in the second half was 11 plays for 76 yards.

With less than a minute left in the third quarter, Kentucky's Matt Ruffolo kicked a field goal to extend the lead to 27 to 7.

On the Wildcats next drive, Chris Rodriguez rushed for two yards for a Kentucky touchdown to extend the lead to 34 to 7.

Tennessee subbed in their third quarterback of the game, putting in true freshman Harrison Bailey behind center with ten minutes left to play in the game.

The Vols lost 34 to 7 and will likely fall out of the AP Top 25 rankings. Tennessee will host Alabama next Saturday.