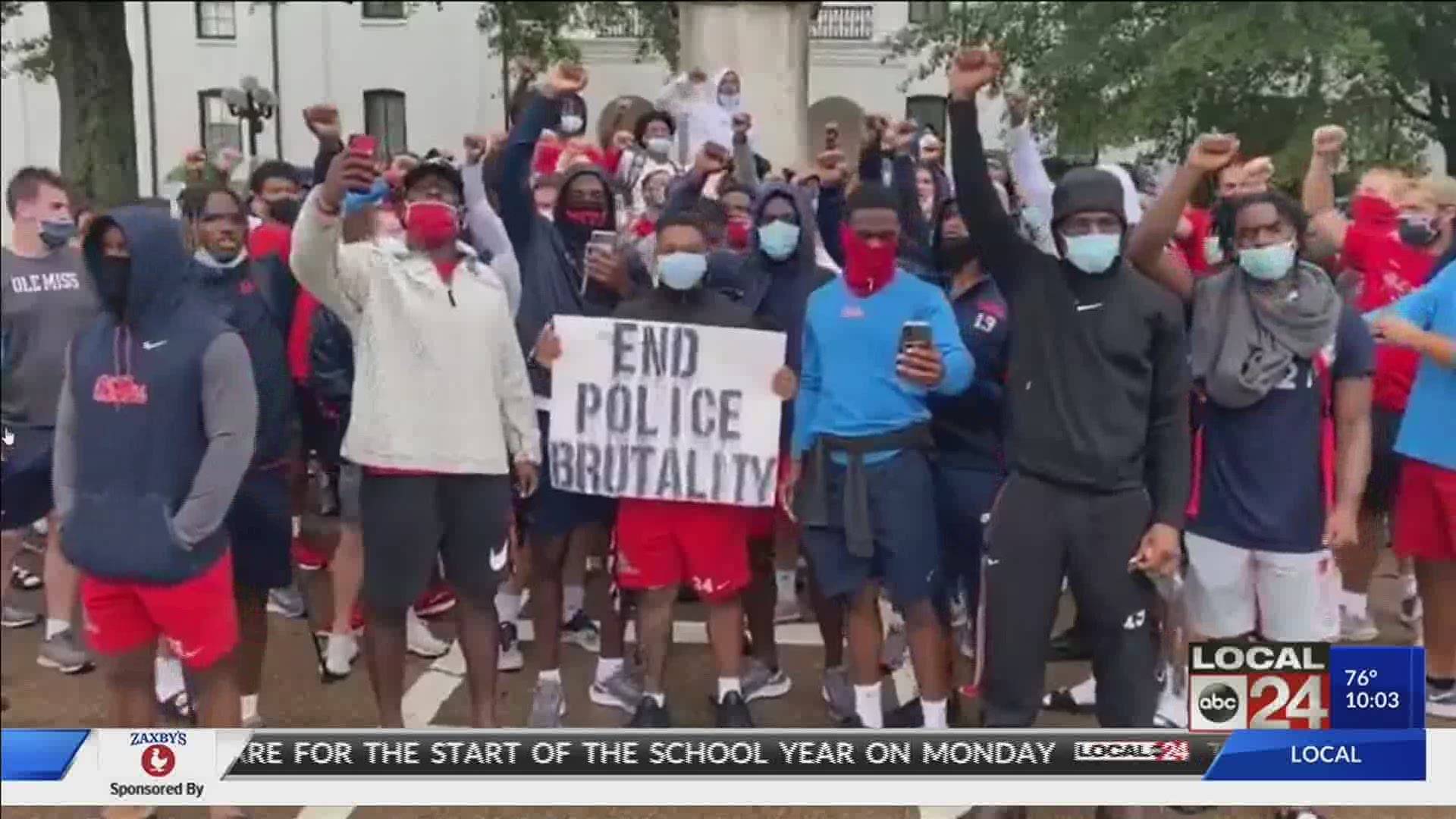 OXFORD, Mississippi — The Ole Miss football team joined in the wave of protests against racial injustice happening across college and professional sports.

Instead of going to practice – players marched.

Chants of “hands up, don’t shoot” and “no justice, no peace” could be heard echoing in the Oxford Square in Mississippi. The Ole Miss football team protested underneath the confederate statue and around the square.

“They did a brave thing,” said Lafayette County resident Ann Phillippi. “They exercised their free speech.”

The walk was done with the support of the team’s coaches. Head coach Lane Kiffin could be seen marching against racial injustice alongside players.

“They’re exercising their power,” commented Phillippi. “Those are young men who saw their power and began to use it to give a strong message.”

Kiffin said the team protest was a decision made after meeting with the leadership council Thursday night.

In a statement, the team said in part: “Police brutality and other injustices occurring across our nation have to end, and our team stands united to embrace our diversity and promote a culture of peace, equality and understanding.”

During the protest, Lafayette County sheriff deputies surrounded the confederate statue. A move Phillippi says was uncalled for.

“There was no need for the cops to show a force like they did and the statue was not threatened in any way.”

On social media, there was some mixed reaction to the protest. One calling it beautiful. Another said he is extremely proud of the players.

But one man called it worthless and said they aren't good for anything but Instagram pictures.

According to the Oxford Police Department, the march was not permitted. OPD said it was able to peacefully relocate protesters from out of the street and back to campus.