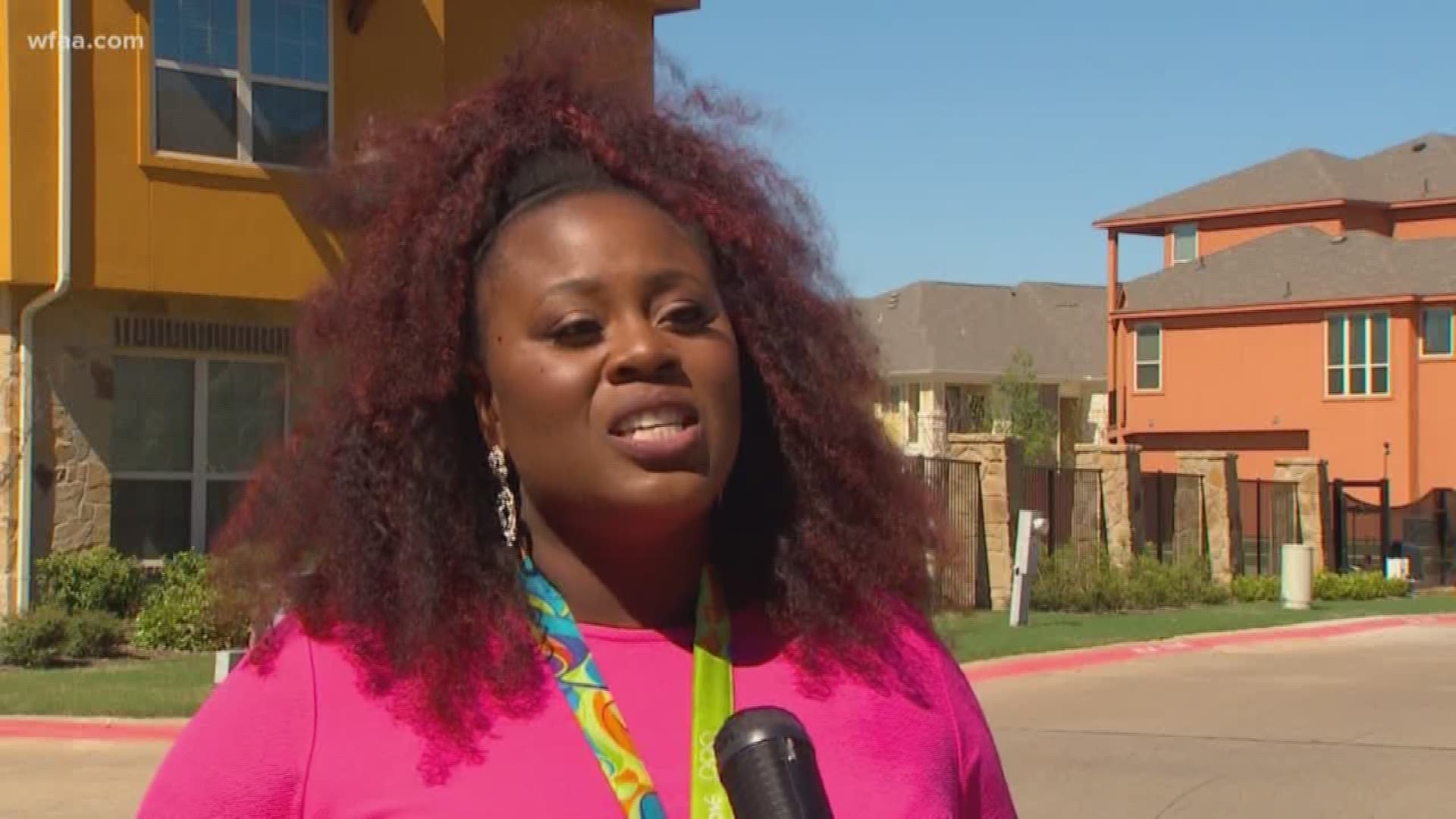 GRAND PRAIRIE, Texas — On this history-making day when the Olympics were pushed back a year, North Texas resident Michelle Carter is doing what a champion does —working on her craft.

"You learn how to be adaptable,” Carter said. "What I’ve learned over the years is to persevere.”

Japanese prime minister Shinzō Abe made the extraordinary announcement Tuesday for the first-ever Olympic postponement, although the games have been canceled in wartime on three occasions.

This is a much different war. Growing concerns about coronavirus is sparking a groundswell of resistance from athletes and countries around the globe.

Carter continues to throw, but like many athletes, the weight room has become off-limits.

That inability to train would make Tokyo in July simply too soon.

"It was like a sigh of relief,” says Carter of the moment she found out about the official postponement. "It was like a lot of uncertainty going on, you know, 'Should I keep training? Should I stay on the same schedule?'

"But knowing now that we have a plan, we have a set date, now I can re-work my plan to get to the Olympics."

Carter struck Olympic gold in the shotput event in Rio in 2016. The games set for next summer will be her fourth Olympiad, marking a two-decade run on the international stage. Her father, former SMU and NFL football player Michael Carter, won silver in the event. So the Red Oak High School grad draws on a wealth of experience to offer perspective.

And Carter has this message to the first-time Olympians who will have their dreams deferred.

"Just be patient, because it will all work itself out,” she said. "But the main thing is to keep believing in yourself, keep working hard and be ready when the time comes, so that you can shine your brightest."

And you can believe that’s coming from someone who practices what she preaches.