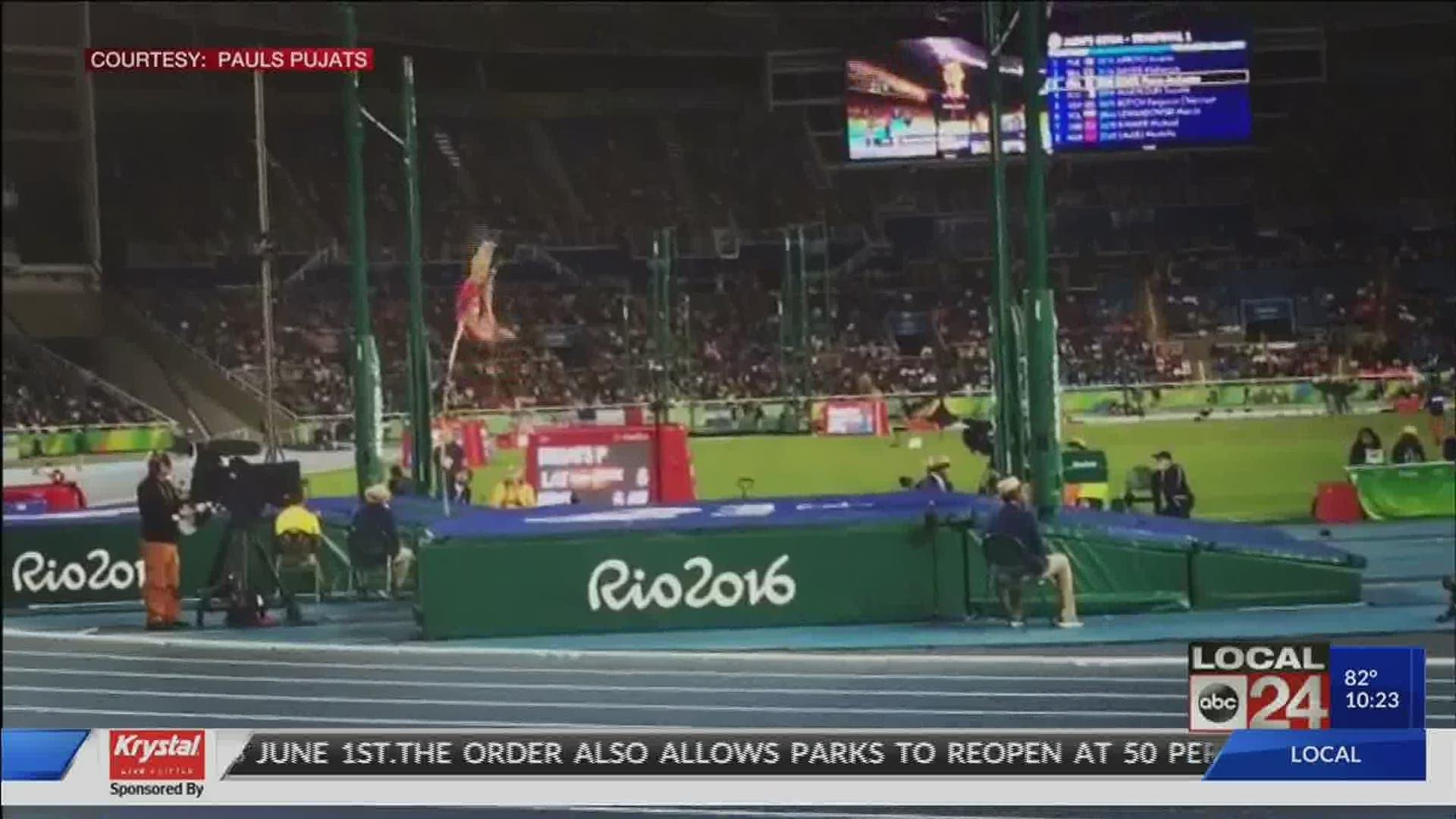 With the Tokyo Olympics postponed due to the coronavirus outbreak, it’s leaving a local athlete training in a new way. In 2016, you could find Pauls Pujats competing in the Rio de Janeiro, Brazil, Olympics, but four years later his dream to travel to Tokyo is placed on pause.

”It’s funny, the lifestyle that I’ve been practicing before, it feels like I’ve already been living in the pandemic because I haven’t really been going out too much,” reflected Pujats.

Pujats already avoided crowds to lessen the chances of getting sick. He believes the International Olympic Committee made the right call in pushing the games back by a year.

“If every single athlete is going to go in the same place from a different part of the world and then going to come back to their home country, it’s just going to be disaster.”

Pujats, who graduated from the University of Memphis in 2015, formerly represents his home country of Latvia but has lived in the U.S. for the past 8 years. The coronavirus pandemic has changed the way Pujats trains. Instead of in a large facility, he’s transformed his backyard into his gym. Inside is what he calls the “System.” You can find springs and swings to imitate the act of pole vaulting.

RELATED: Tokyo Olympic CEO says games next year may not be 'conventional'

RELATED: Tokyo Olympics, IOC clash over who pays for postponement

“We found a way to do our runs and are still training while not being around a lot of crowds,” he commented.

It’s where he can run, leap, and hang from the air to keep him in pole vault shape. It’s all to get him prepped for 2021.

“For Tokyo, I know they have done so much to prepare for the games," said Pujats. " So I think one more year of getting ready is going to be ideal to have thought about every single thing.”