Tuesday's open practice was a star-studded sight to behold 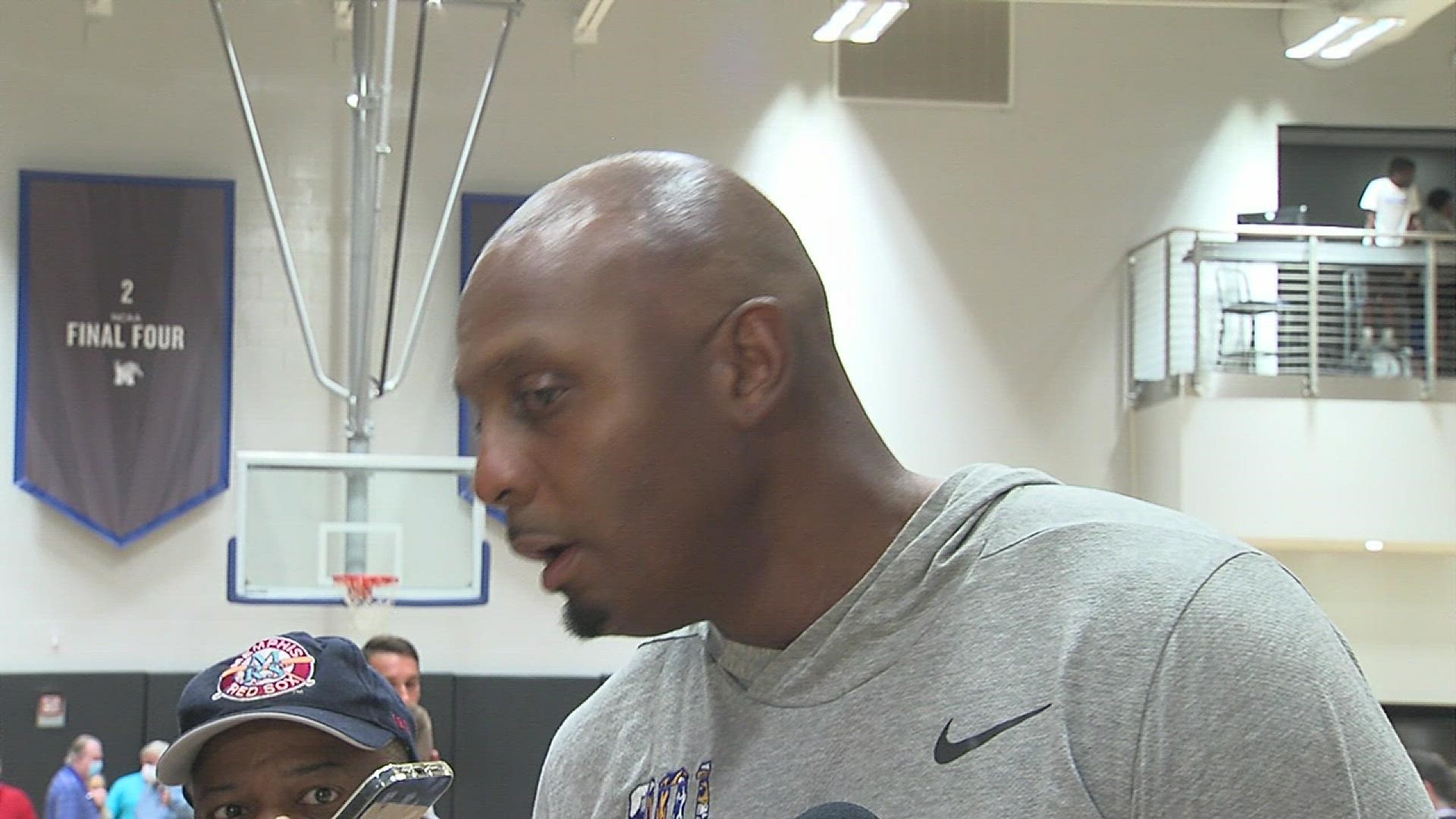 MEMPHIS, Tenn. — Everywhere you looked at Tuesday night's open practice, there was a sight to behold.

Over 30 years of NBA playing careers stood under each basket in Penny Hardaway and Rasheed Wallace. An 81-year-old Larry Brown screamed on the sideline like he was 50 years younger.

One five-star recruit in Emoni Bates lobbed to another five-star in Jalen Duren for the first of his three slam dunks of the 30 minute scrimmage. The pace was fast, the energy was high, and the hopes for perhaps the most special season in Tigers history were even higher.

"We're definitely happy to be able to look at this roster and have so many options on where we could go," Hardaway said. "It's definitely the best roster I've had since I've been here. Looking forward to some big things."

Emoni Bates and Jalen Duren are fitting in at @Memphis_MBB just fine. pic.twitter.com/K1EPAHssXv

Memphis men's basketball held their open practice in front of hundreds of fans from the Rebounders Club, along with a handful of former Tigers including Jeremiah Martin and Will Coleman. Ja Morant was courtside to watch it all.

DeAndre Williams assisted Bates and Duren for most of their scores during 5-on-5.

"They want to listen and learn everyday," the Tigers senior forward said. "You can only get better better when you're like that."

Hardaway revealed Miami transfer Earl Timberlake had neck surgery "a couple of months ago" and is still not cleared for contact. While the 6-foot-6 guard did not play in the scrimmage, Hardaway said he has participated in most drills in practice.

Alex Lomax also did not get on the floor due to a shoulder injury.