Penny Hardaway remembers Kobe Bryant on anniversary of his death

In 1-on-1 with Local 24 Sports, Hardaway recalls the emotions that tragic day, his memories of playing against Kobe, and a conversation with Shaq. 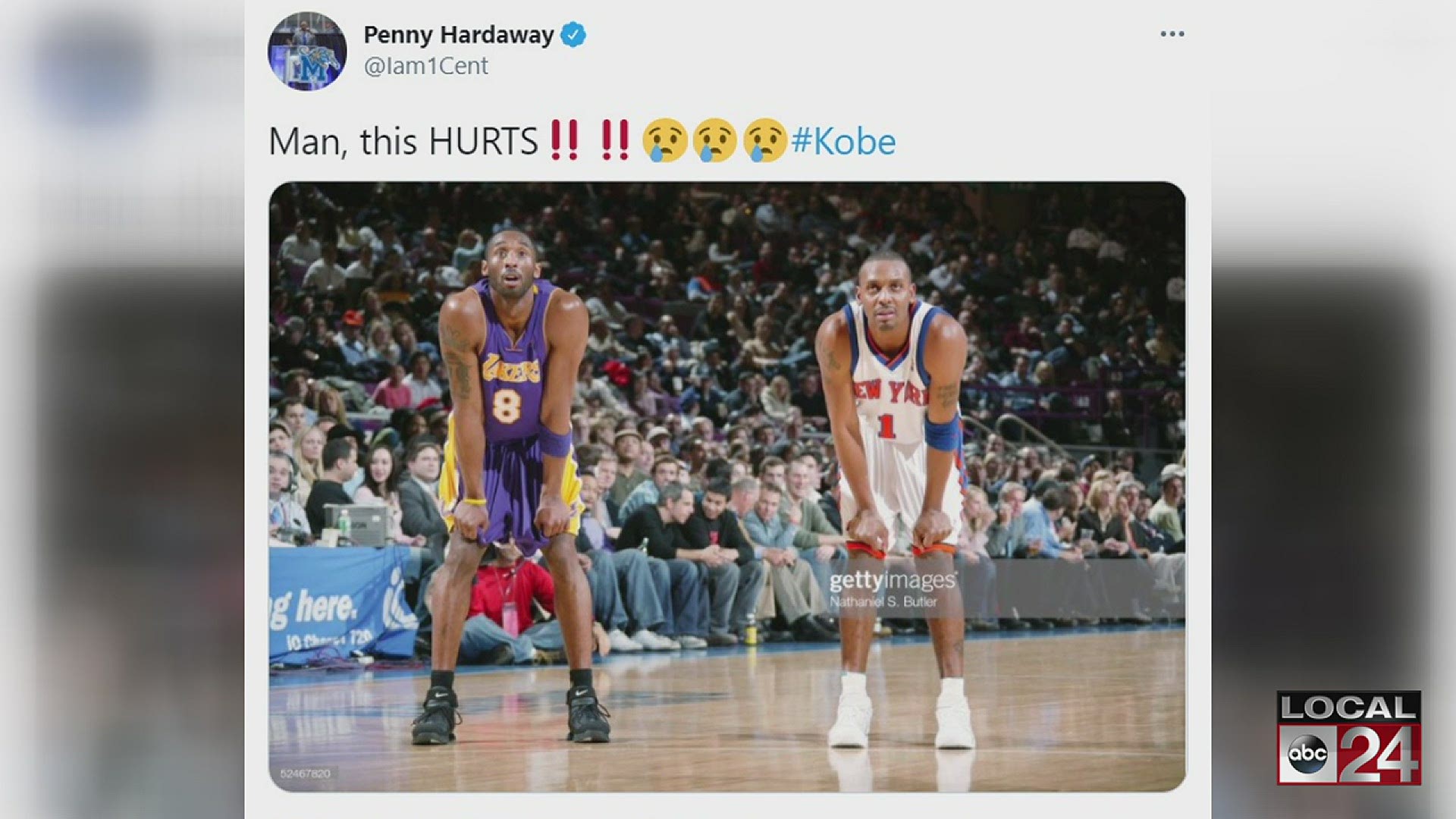 MEMPHIS, Tenn — On the one-year anniversary of the helicopter crash that killed nine people, including Kobe Bryant and his daughter, Gianna, the emotions are still raw for Penny Hardaway.

"Still thinking about that gives you like the chills," Hardaway said in an exclusive interview with Local 24 Sports. "Thinking about what happened on that day."

The news of Sunday, Jan. 26, 2020 shocked the world. An NBA icon, a father and daughter, suddenly gone. The tragedy was difficult for Hardaway, but he also knew how deeply it was would affect Shaquille O'Neal. So he called his former Orlando Magic teammate to tell him he loved him.

"I knew Shaq was hurt," Hardaway said. "Our relationship needed to be stronger because of what happened with Kobe. Because you only get an opportunity to tell someone you love them so many times."

Bryant did not "fraternize" with other NBA players much during his career, according to Hardaway. His interactions came on the court. Penny remembers one August night at the L.A. Forum vividly.

It was the 1997 Midsummer Night's Magic All-Star Game, an annual charity game organized by Magic Johnson from 1985-2005.

A 19-year-old Kobe was fresh off his rookie campaign. Penny, 26, had just completed his third All-Star season, a year removed from back-to-back All-NBA First Team selections, and ripe for Bryant to pick as a challenger.

"He calls me out with his finger like this," Hardaway said with a smile, repeatedly curling and straightening his index finger to mimic the 'come here' motion the fearless teenager used to draw Hardaway to the top of the key. "So he can go 1-on-1 with me, in classic Kobe form."

"He missed the shot, and I came back down on the other end and scored on him to let him know you're not ready yet," he said. "I could tell it was burning him up on the inside."

A Daily Bruin article recapping the event referred to the three-minute back-and-forth as a 'heated battle,' but Hardaway remembers it as friendly competition, and microcosm for who Kobe was.

"I just thought it was funny," he said. "I knew who he was trying to be, and who he was going to become. He was just driven. He was one of the most driven guys I have ever played against."