Hardaway: "It’s a huge start to where this program really wants to go." 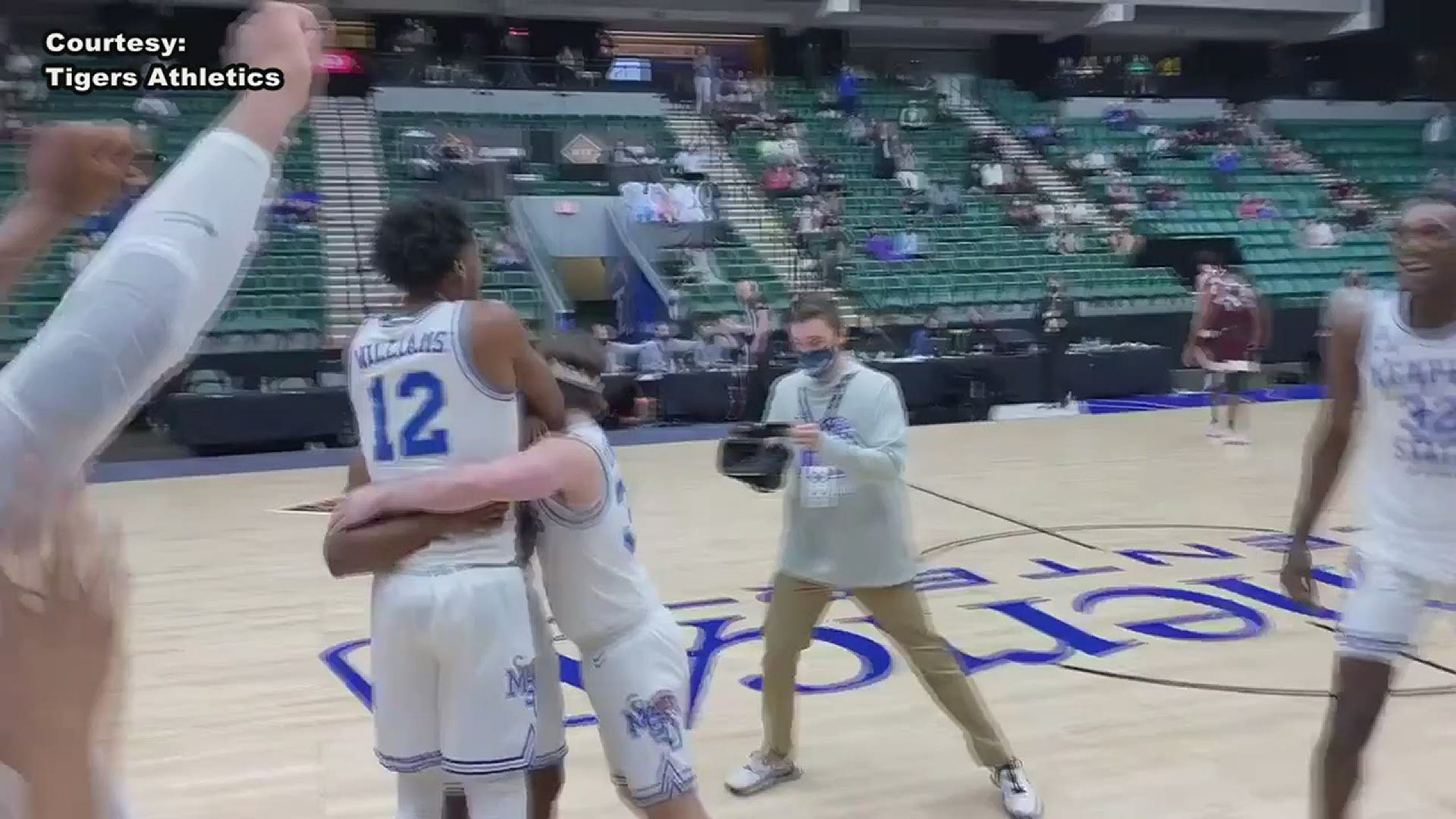 MEMPHIS, Tenn. — As close to perfect as an NIT championship could be.

"They met the challenge," Penny Hardaway said. "It’s a championship, not only for ourselves, for the school and for the city. It’s a huge start to where this program really wants to go."

"We had a goal of cutting the nets down in the NCAA Tournament," Lester Quinones added. "I do feel like we should have been there, and this was a message that we deserved to be there. And it was an amazing feeling just going out there and proving to everybody how great of a team this is."

Memphis held Mississippi State scoreless for the opening seven minutes of the game. After the Bulldogs rallied to tie on the final shot before the break, the Tigers responded with a 22-11 run to start the second half.

They celebrated over Instagram live with Precious Achiuwa, who, because of the pandemic, was never able to experience postseason basketball in college.

Because of the pandemic, Precious never got to experience postseason basketball in college. His former teammates made sure he was included for the NIT trophy presentation. Awesome moment. pic.twitter.com/51MKnYzzv4

And in the final minute before the buzzer, the injured soul of this team, Alex Lomax, checked in. While it was not the championship his late coach Desmond Merriweather envisioned in his prophetic plan for the Tigers junior, Lomax and Hardaway once again became champions together, as they did at Lester Middle and East High School.

"Those 40 seconds meant the world to him because sometimes you can be forgotten when you're not in the spotlight," Hardaway said. "He knew he couldn't play, but he brought that leadership. To be able to put him out there and think about Dez at the same time, it got a little emotional. Because we want to win championships, and the NIT is just a start.

It very well could be. Memphis played better basketball in March than a lot of teams who did get selected for March Madness. They finished the season winning 11 of their final 13 games. Both losses were to Houston, an Elite Eight team, by a combined margin of five points.

The key to success in 2021-22 will be Penny keeping this squad intact.

That is no small feat for any coach these days, with around 1,000 names currently in the NCAA Transfer Portal.

"I'm the type of coach that I don't really try to force a kid to stay. If a kid really feels like he wants to go somewhere else and play more minutes, I support that," Hardaway said. "There is nothing negative about that. If this group wants to stay together, we’ll be really dangerous. We'll be very dangerous because now we know the system, the guys for the first time this year, they know how I coach, they know what I'm expecting, they know what the culture is and what we have to buy into for us to be champions next year on the next level."

The NIT's most outstanding player, Landers Nolley II, offered an honest, and sobering, reminder that nothing is guaranteed.

"We're going to go home and enjoy this win," he said. "Maybe in a week or so, we'll talk about it as a team, without the coaches. Making a family decision as brothers to see what we're going to do."