Penny Hardaway on third-straight postponed Tigers game: "You have to get in a bubble and stay in a bubble"

Memphis has not played since Dec. 29 due to COVID-19 issues associated with Temple, UCF and SMU 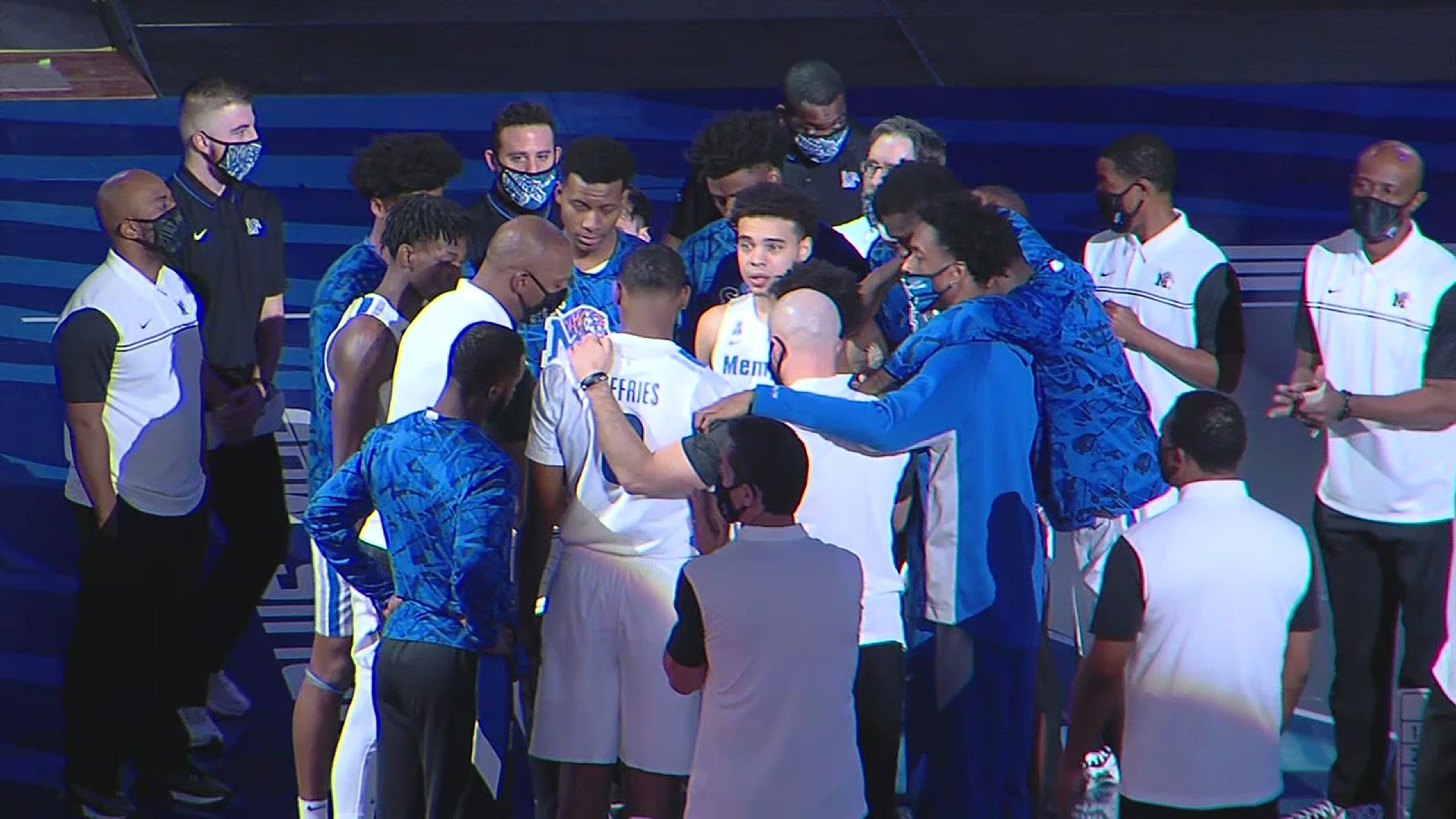 Three straight Tigers basketball games postponed; all due to COVID-19 issues, none of them involving Memphis.

"We understand that we’re in a pandemic and this is happening, and this is what you have to ride with," Penny Hardaway said, letting out a sigh before answering. "But we just didn’t think that it was going to be three games in a row."

The American Athletic Conference announced Wednesday morning that the SMU-Memphis game was postponed due to COVID-19 issues within the Mustangs program. The Tigers, who have not played since Dec. 29, will now prepare--and hope that they will actually get to play--their next scheduled game at Tulsa.

"You know, it's not the worst thing because the season could end again like it did last year," Hardaway pointed out. "You know, it's just unfortunate that it happened to Temple, UCF and SMU. But it's just part of it and you have to play through the rigors of it."

Thursday's game against SMU has been postponed due to a positive COVID-19 case and the ensuing contact tracing at SMU.
📰https://t.co/PZGlMcuNPR pic.twitter.com/Va5uTHEaR2

"We've all been in the gym these past couple of weeks just waiting and waiting," sophomore Lester Quinones said. "And it kind of hurt us all. But I feel like it’s just going to give us more effort to go into the next game.”

Assuming Memphis plays at Tulsa on Sunday without issue, it will mark nearly three weeks since the Tigers last game. With the recent implementation of his new "lion set" offense, Hardaway has made the most of the mini offseason to cement his new scheme.

"This time has been much needed for us to lay the groundwork and go through every option and do what we need to do," he said. "So we're much better in that aspect and on the defensive end too. So if there was a time, we needed it now for it to happen so we can get stronger as a team."

The Tigers will host Central Florida on Feb. 1, making up for their postponed game, originally scheduled for Jan. 5 in Orlando. The league has not yet rescheduled the SMU and Temple contests.