After 105-minute weather delay, Redbirds returned to action for first games since 2019 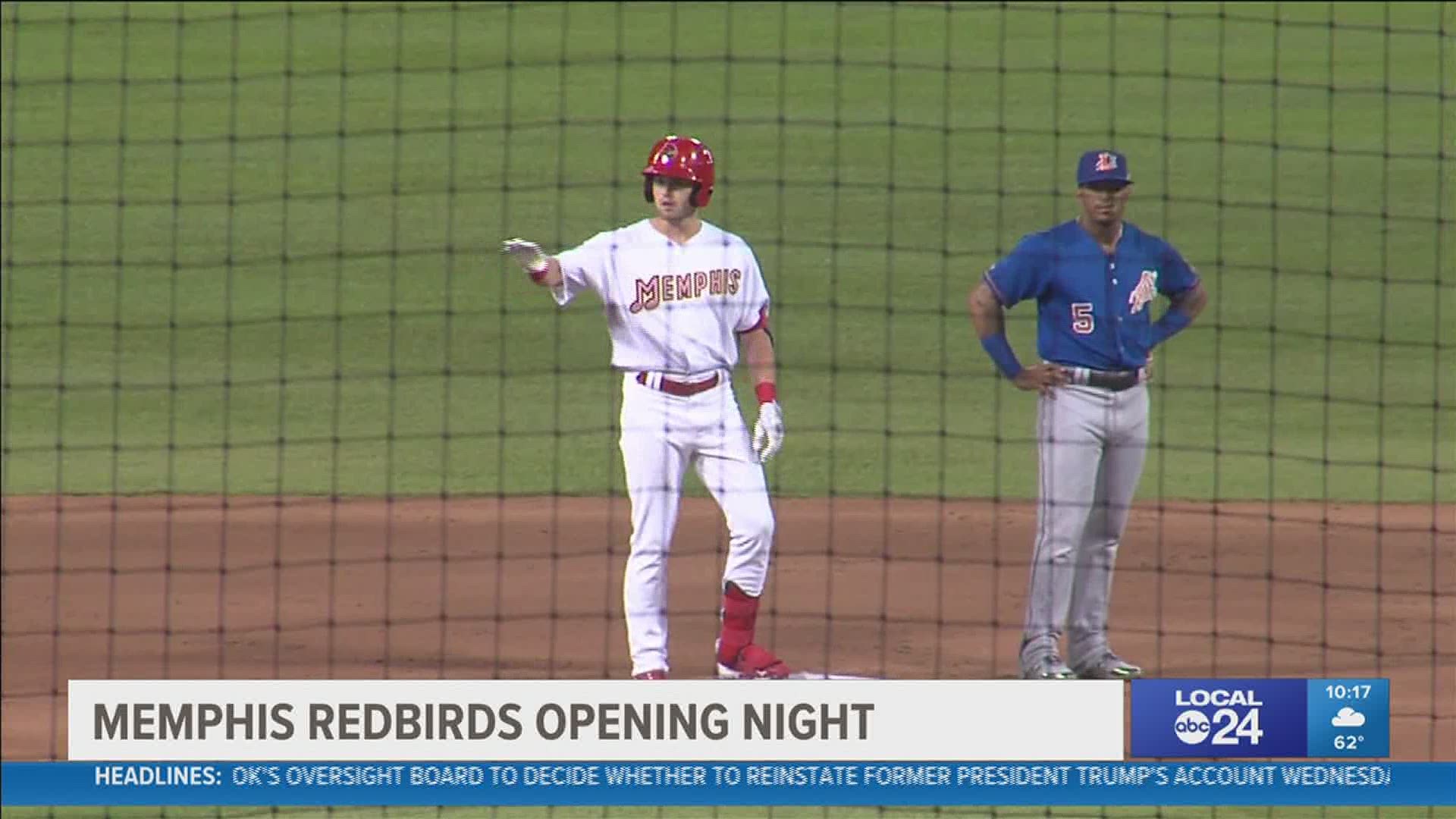 MEMPHIS, Tenn. — 610 days between games was an unrelenting storm for the Redbirds to weather.

"Our Redbirds and AutoZone Park related revenue was down over 93 percent," general manager Craig Unger said.

So a little downpour was not going to dampen the energy of Opening Day finally returning to Memphis.

"This is what you expect, and I think that's really the biggest thing. These expectations now of, 'baseball is here, this is the last big reopening."

After a cancelled 2020, and a near 2-hour weather delay to start 2021, the Redbirds and Durham Bulls finally got underway.

Is it weird that I even missed seeing the tarp come in the field? pic.twitter.com/EabQc8L3PW

The crowd was limited, but baseball fans were elated to be back in the ballpark; both old and new.

"This is her first game," Erin Harper, a mother of three, holding her 21-month-old daughter Addison-Carey. "It's going to be awesome that we actually get to do this again. It's been tough being stuck at home."

"People getting together is important," Robert Wharton said from his seats behind home plate. "You can't live across a computer. I just don't think so. You've got to have social interaction. That's what keeps you going."

As we look ahead to what we hope to be a season of returning to normalcy, on a Tuesday night in May, the boys of summer were back.