Silverfield said he is focused on Saturday's game at Arkansas State 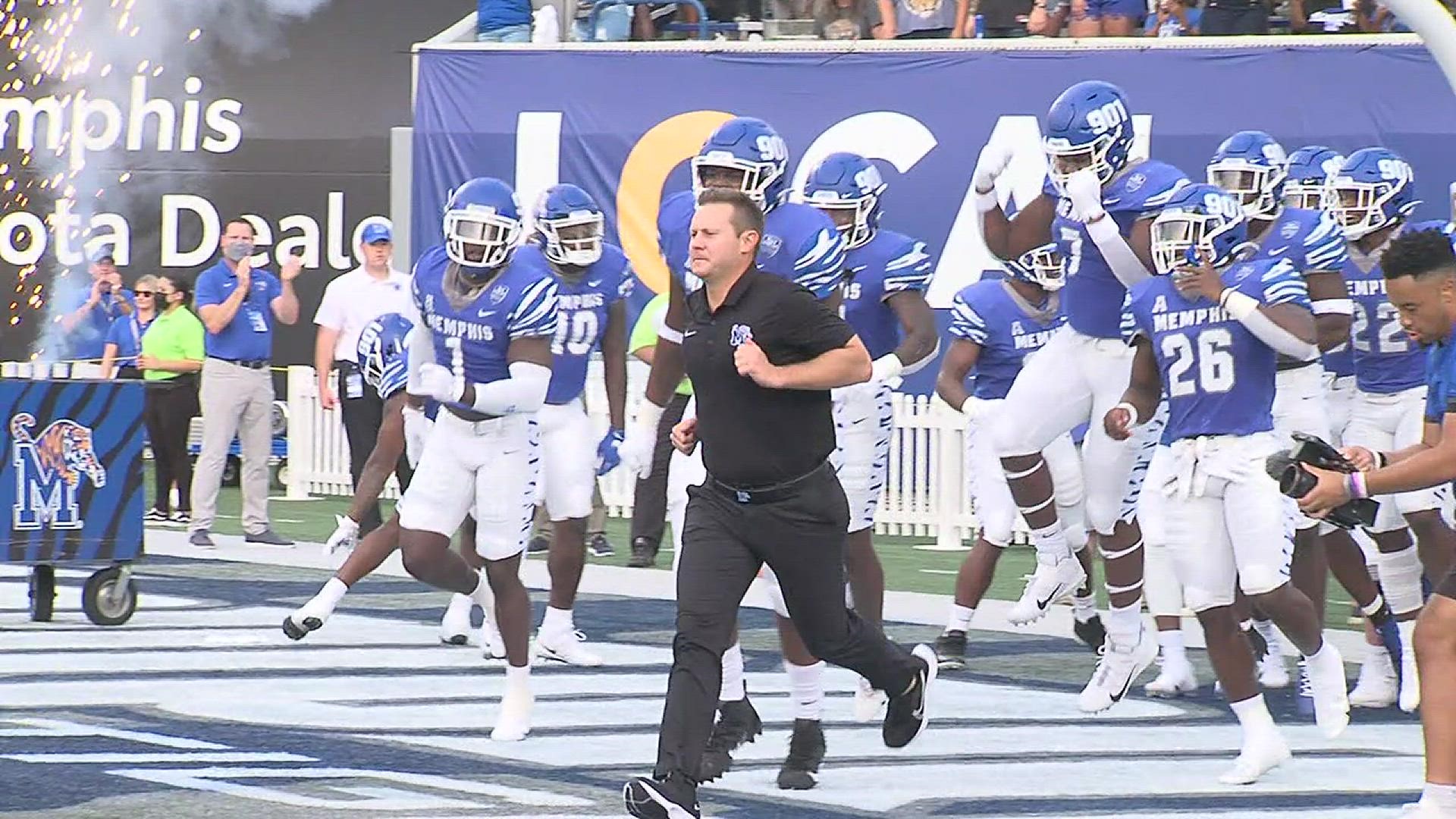 "I haven't paid it much focus because there's nothing I can do. I've got to control the controllables," Silverfield said at his Zoom availability. "In this day and age in college football—from last year to this year—every week there's going to be something that pops up. That's just the reality we live in."

Houston, Cincinnati and Central Florida of the AAC—as well as the independent BYU—are expected to receive invitations to the Big 12 as early as this week. According to Brett McMurphy of ActionNetworkHQ, Memphis was among four other schools given serious consideration that did not make the final cut.

"That conference realignment stuff, all that stuff is great," Silverfield said. "I've tried to stay off social media and just really focus on our team and our current situation. It's our plan to see if we can continue to improve. If it's out there, it's great, so be it and we'll deal with it when the time comes."

McMurphy reported that TV audience, football and men's basketball relevancy and market size were factors for the Big 12.

If Houston, Cincinnati and UCF left the American, Memphis would be one of seven schools left in the conference for football, along with East Carolina, Navy, South Florida, SMU, Temple, Tulane and Tulsa.