Rivals on the field, longtime friends off

The head coaches for the Southern Heritage Classic are both former NFL greats. 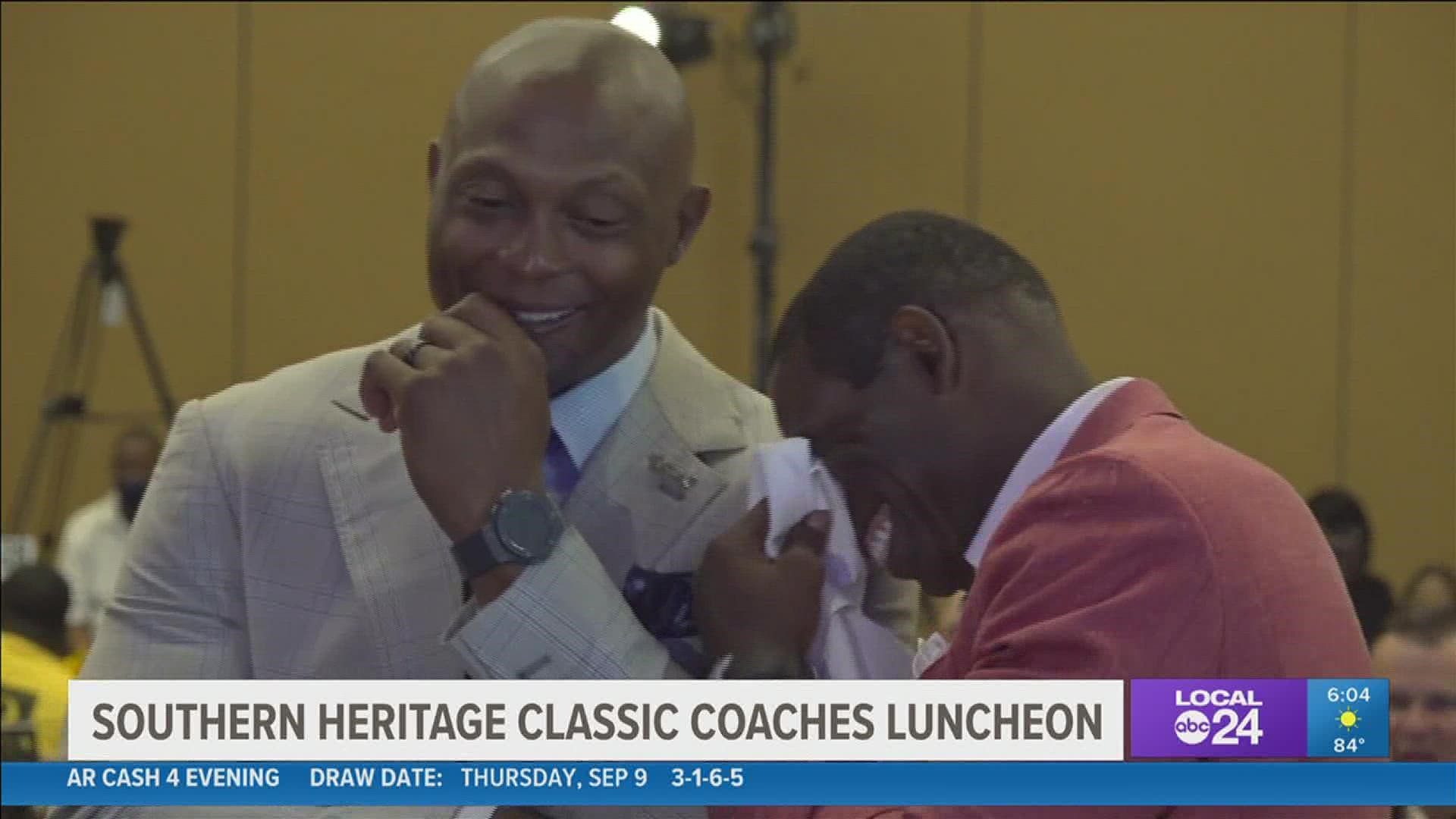 MEMPHIS, Tenn — It feels like ESPN around Memphis with so many big sports stories.

For example, Saturday, there is an annual college football game where both coaches are former NFL greats. That game of course is the Southern Heritage Classic between Jackson State and Tennessee State.

Friday was the coaches luncheon featuring Deion Sanders and Eddie George. Both men focused on how they might be able to help revitalize historically black colleges and universities like TSU and JSU. Plus, they told what it will be like coaching against each other despite the fact they have been longtime friends.

"Coach Eddie George, my brother I love you. I appreciate you. I adore you. I admire you. I want to beat you and hug you," said Coach Sanders.

"I'm honored, I'm privileged, and yes, Coach Prime, I want to beat you so bad. I mean I can taste it, like that chicken we just had I can taste it," said Coach George.

It's supposed to be a rivalry but in this article all we see is love! This is going to be a great game! https://t.co/FqfXehEzRg

This is Sanders's second year as head coach at Jackson State and George's first year at Tennessee State.

The Southern Heritage Classic kicks off at 6pm Saturday night.