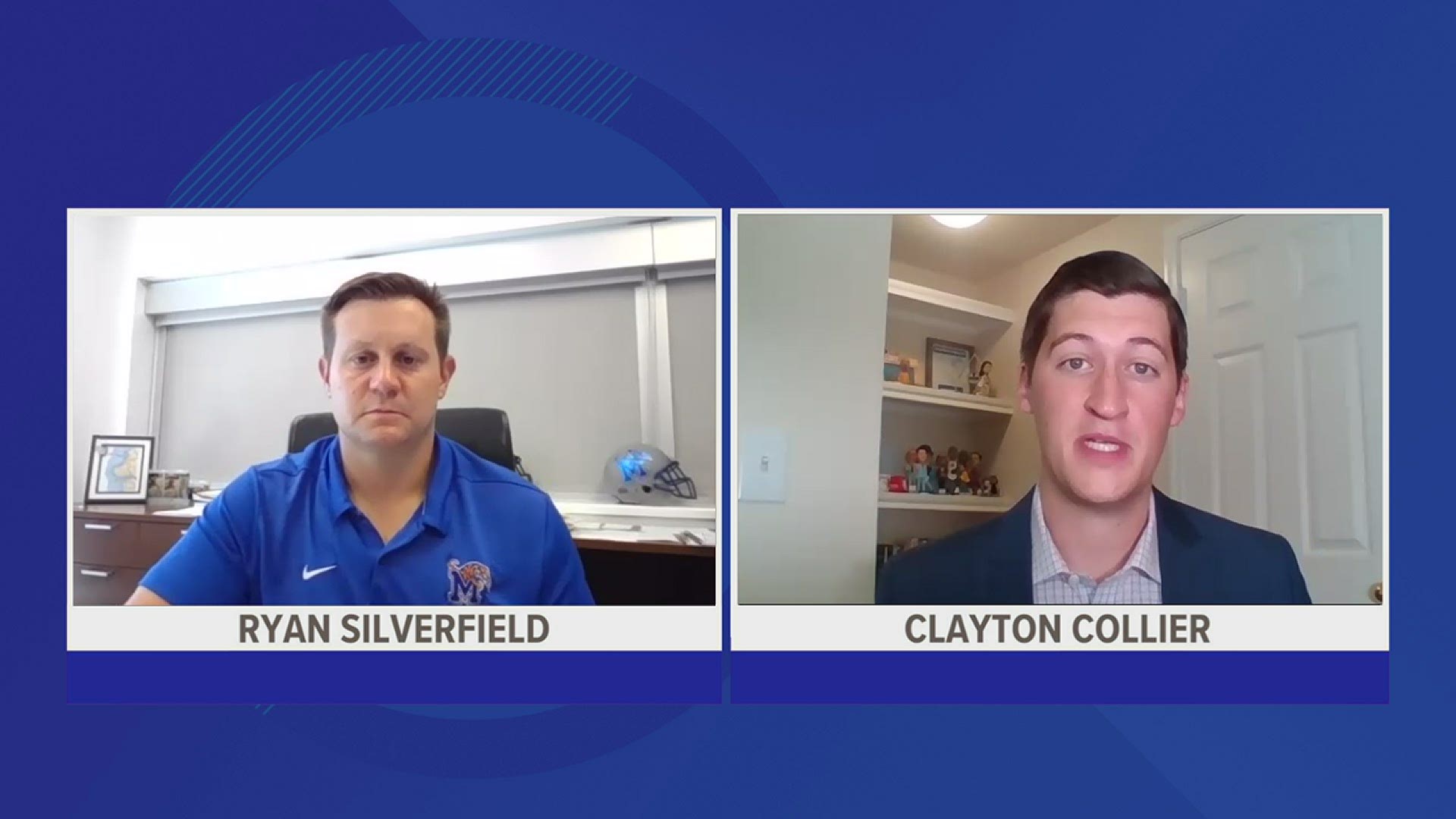 MEMPHIS, Tenn. — The College Football Playoff (CFP) management committee will meet in Chicago this week to review a proposal to change the current four-team format to a 12-team event.

If approved, the 12-team expansion could take effect as early as 2023. Local 24 Sports' Clayton Collier spoke one-on-one with Memphis Tigers head coach Ryan Silverfield to discuss the opportunity of a 12-team playoff.

Clayton Collier, Local 24 Sports: "Coach, thank you for taking some time. Obviously the big news in college football, the CFP management committee meeting this week to determine whether they will endorse the proposed 12-team CFP expansion from four teams. I think I know the answer, but what does this mean for a program like Memphis to have a 12-team playoff field?"

Ryan Silverfield, University of Memphis head football coach: "I think it's wonderful. I think it's great for college football. I think it's wonderful for our great conference, the AAC. We always considered ourselves a Power 6-type conference, but now it's true. You go back and say, what about the year you guys went to the Cotton Bowl? What ends up happening is, someone said, is that instead of playing in the Cotton Bowl, we would have hosted Penn State here in the Liberty Bowl for the first round of the College Football Playoff. It's pretty great stuff, it's exciting news, but we take it one day at a time, and one year at a time."

Collier: "You touched on it there, but for recruiting aspects. In past years, you needed an undefeated season, a fairy godmother and a magic lamp, and even that wouldn't be enough to crack the field of four. To now be able to sit down with a recruit and say we can compete for a national championship, what does that do for you? Especially as a coach that says you want to compete with anyone out there."

Silverfield: "A lot of teams will sit there and say, they're Group of Five school, they're not able to do this. We're able to go to the College Football Playoff, they can't. The reality of it is, that used to be somewhat of the truth, but now it's no longer. Now if a young man comes here and you sit there, and we've done it in recruiting meetings, we say, who has the better chance of winning their conference, Memphis or this team from the SEC? And really 99% of the answers of these kids so far have been [Memphis]. The ability to go to the playoff now is absolutely fantastic. I think it will open up more doors."

Collier: "It makes you want to decide on a starting quarterback right away, right?"

Silverfield: "I was going to go over that, but it looks like we're running out of time. I was about to tell you, Clayton. But looks like now we'll have to wait until middle to late August."

Collier: "We'll settle for that, appreciate it, coach."

Silverfield: "Absolutely, thanks for having me on. Go Tigers.