Locker room access will be limited strictly to student athletes, coaches and other essential team personnel for the duration of the tournament. 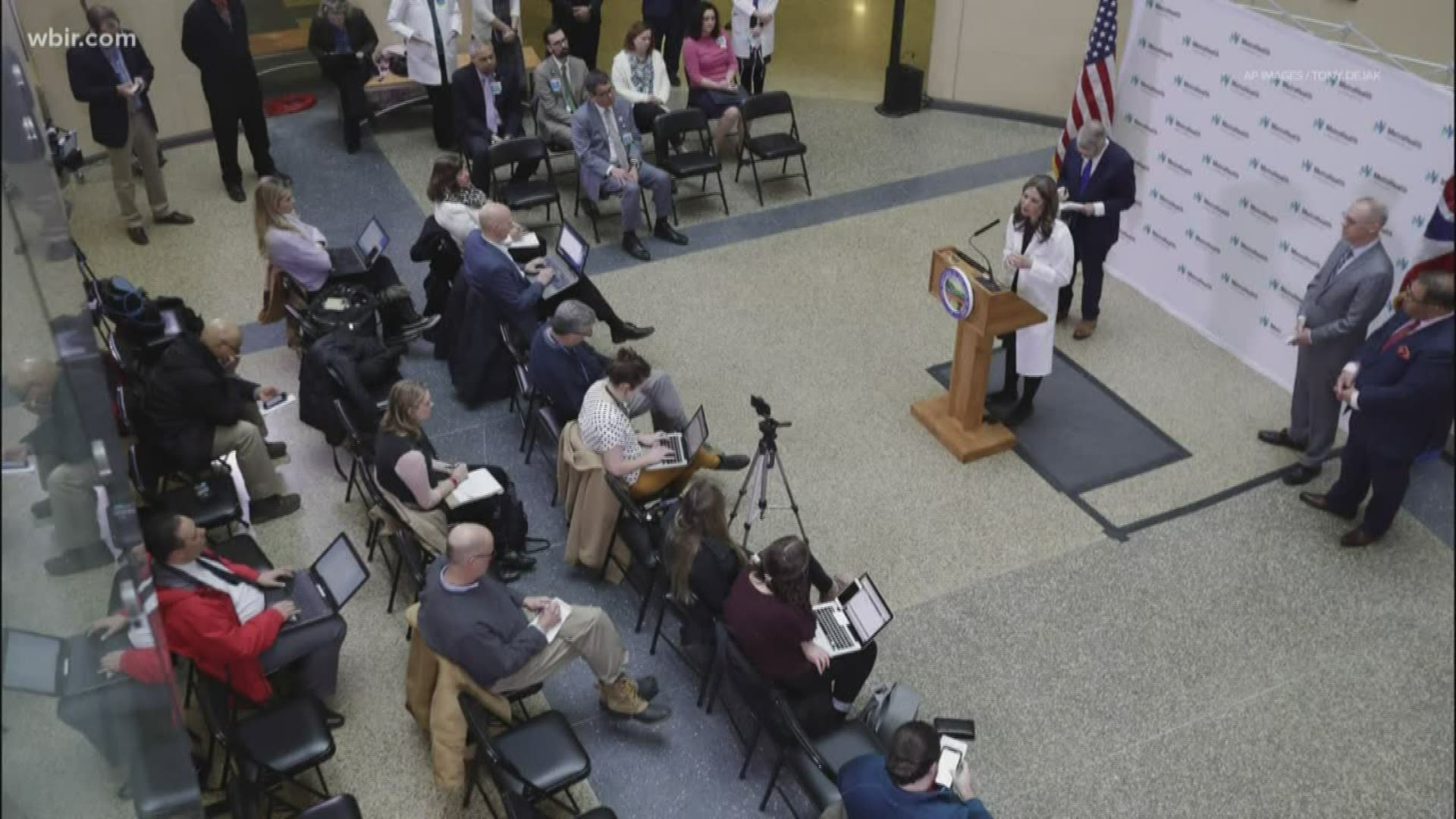 NASHVILLE, Tenn. — The SEC men's basketball tournament will go ahead as scheduled on Wednesday, but the SEC said it is evaluating plans for the rest of the tournament.

This comes after an announcement Wednesday that the NCAA tournament would be played, but without fans in attendance. Only essential members of the teams and some family members will be allowed to attend.

In a tweet, the SEC said they were aware of that action by the NCAA and will reevaluate the rest of the tournament.

According to GoVols247, Tennessee Basketball head coach Rick Barnes said he will trust SEC commissioner Greg Sankey to do the right thing, and he'll follow along with anything the league recommends.

Earlier, the SEC announced the tournament would go on as planned but with a few extra precautions given concerns over the COVID-19 strain of coronavirus.

"We remain alert to any circumstances that could warrant adjustments for the health and well-being of our student-athletes, fans and other participants. We are in continued communication with public health officials and remind everyone to be attentive to everyday preventive actions identified by the Centers for Disease Control and Prevention," it said in the statement.

Locker room access will be limited strictly to student athletes, coaches and other essential team personnel for the duration of the tournament. This means media will not be allowed in the locker rooms for post-game interviews. The SEC said press conferences will still happen and they will establish separate controlled spaces for a limited number of post-game interviews.

The SEC is implementing health procedures in Bridgestone Arena similar to those that were taken during the SEC Women's Basketball Tournament at Bon Secours Wellness Arena in Greenville last week.

•    Additional hand sanitizers will be present at arena entrances and throughout concourse and in meeting rooms;

•    Use of hospital grade disinfectant to sanitize locker rooms before teams arrive and upon departure;

•    Sanitization of game balls with hospital grade disinfectant after each practice and game;

•    Sanitization of team benches plus band and cheerleader seating areas following each game;

Similar preventive measures will be taken at the SEC Gymnastics Championship March 21 in Duluth, Georgia.

RELATED: Facts not Fear: What Tennesseans should know about COVID-19