Memphis pro soccer team will face Indy Eleven Saturday. Team is hoping to get first win of the season. 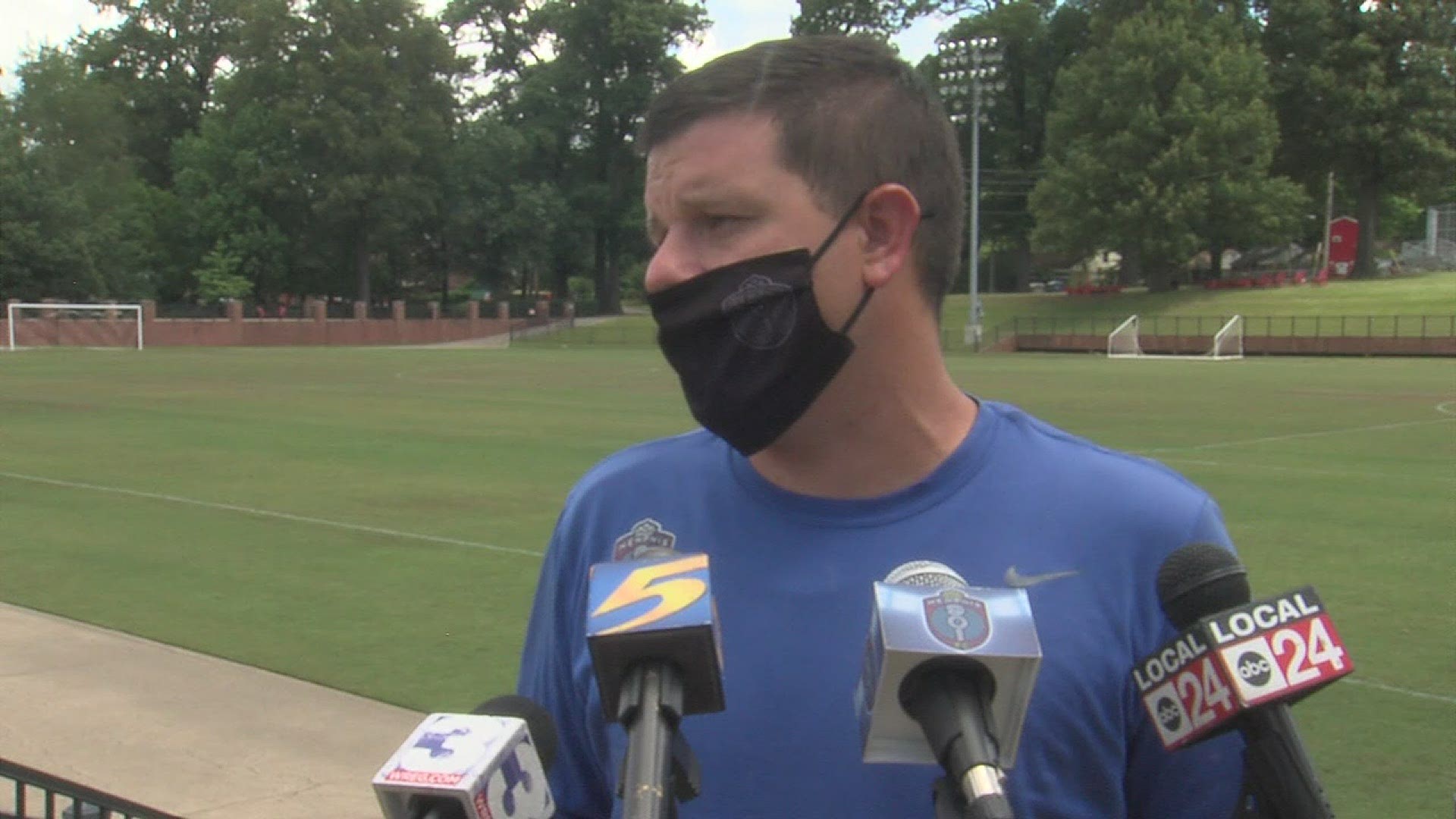 MEMPHIS, Tenn. — Memphis 901FC is just two games away from their home opener of the season. However, before they can get home to an allowed 100% capacity crowd, they face two top teams in the eastern central division.

So far, the team has not been able to secure a win this season, but head coach Ben Pirmann feels the team is on the brink of one.

“Winning is the deodorant that covers all stink,” said Pirmann.

Pirmann is now the official head coach after serving as the assistant coach and interim the last two seasons.

The team also went through drastic personnel changes within the roster. The current record sits at zero wins, two draws, and one loss.

Saturday's game is the fourth road game of the season, and to add to the adversity, multiple players are out either on injury, suspension or called to compete with another team.

Raul Gonzalez (Puerto Rico) and Dre Fortune (Trinidad and Tobago) were both called up earlier in the week to compete in the FIFA World Cup qualifiers for their respective countries.

Not a bad day at the office for @Raulgonz1994 and @HuracanAzulPR 😨

Our defender played 67’ and guided his squad to a clean sheet!#DefendMemphis https://t.co/zUTH29wZHD

However, offensive leader, Kadeem Dacres, is out on suspension after receiving a red card in the previous game.

Coach Pirmann expects to have to play some of his more inexperienced guys with his shortened roster.

“Some of the younger guys, the academy guys will have to be ready to go this weekend which is very tough,” said Pirmann.

Despite being ranked the lowest in the division, he feels the team shows promise.

“I think anybody who has watched the last two games has seen improved teams,” said Pirmann.

The kick-off is in Indianapolis at Michael A. Carroll Stadium, Saturday at 6 pm C.T.