Unbeaten in July, 901 FC is pushing to keep the momentum

Memphis 901 FC still has a good chance of making the playoffs. 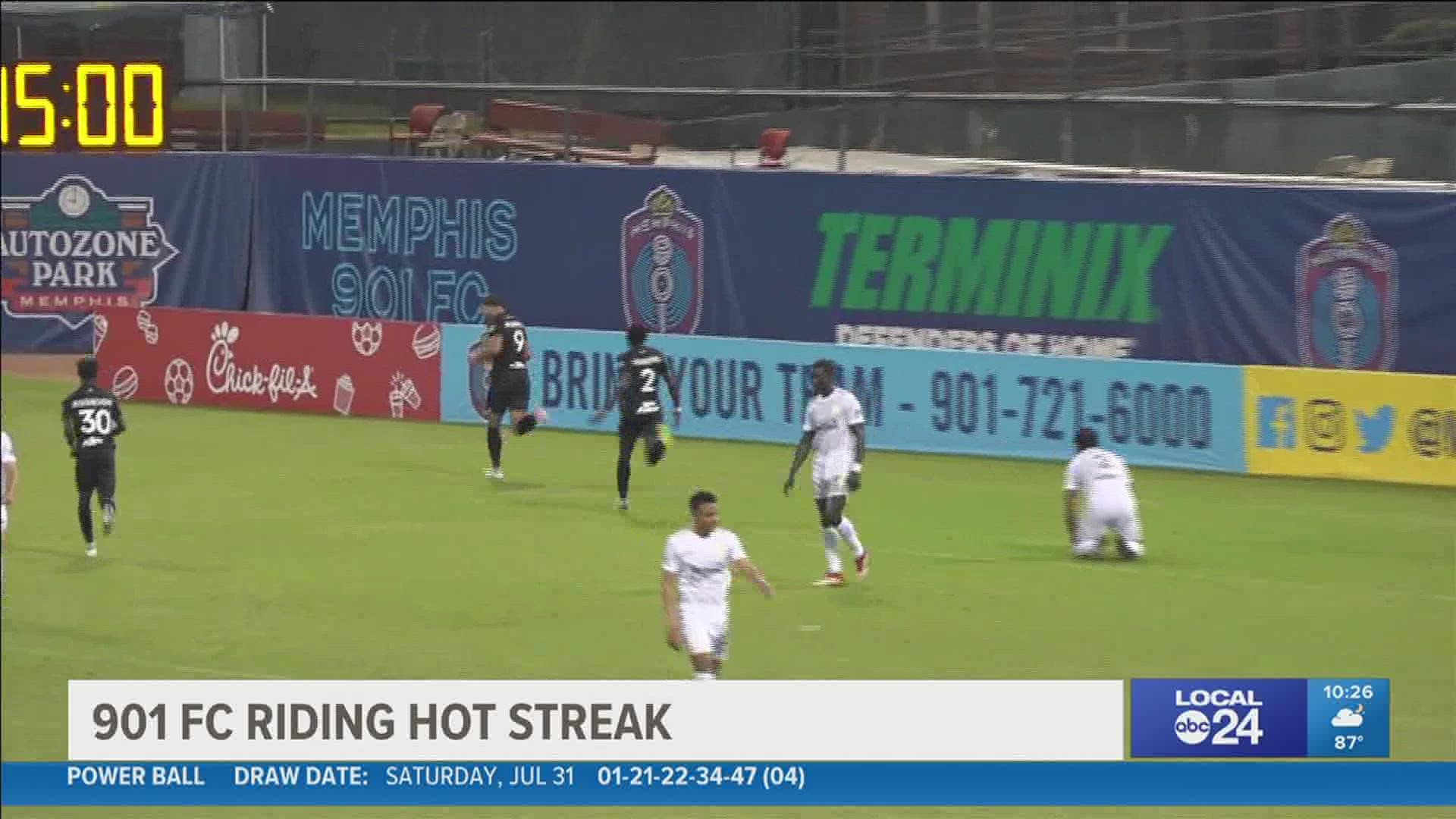 MEMPHIS, Tenn. — Memphis 901 FC became official in 2019. That year, the team ended the season with 9 wins 7 draws, and 18 losses under former head coach Tim Mulqueen. Mulqueen was removed the next season, former assistant coach Ben Pirmann was named the team's interim coach. That 2020 season was better. The team finished with 4 wins, 4 draws, and 7 losses, before being interrupted by COVID.

This season, Pirmann was named head coach, and with 20 games left in the season, the team seems to be finding some chemistry. However, Pirmann made it clear on Thursday, after remaining unbeaten in the month of July and winning 1-0 over Tulsa just last week, the team is still not where they need to be.

"Honestly, it was one of our worse performances of the year. We just weren't that great," said Pirmann.

However, with the team now sitting at 4 wins, 4 draws, and 4 losses, 901 FC still has a good chance of making the playoffs.

"I told the team it's a matter of fact. If we win Sunday afternoon, we are at or in that playoff line. If we lose, we're in last place," said Pirmann.

But Pirmann said what the team needs now is attention to detail.

"We have to make sure we're thorough in all the phases - both transition moments and our organized moments as well," said Pirmann.

He also added Sunday's game against Sporting KC 2 is pivotal to the team's ability to keep building on the momentum.

Hoping to build on their unbeaten streak, 901 FC kicks off in Kansas City Sunday at 4:00 p.m. CT.