You have to see it to believe it: once-in-a-lifetime goal gives Memphis 901 FC win over rivals from Birmingham

The remarkable goal was the second one in stoppage time for the home team. 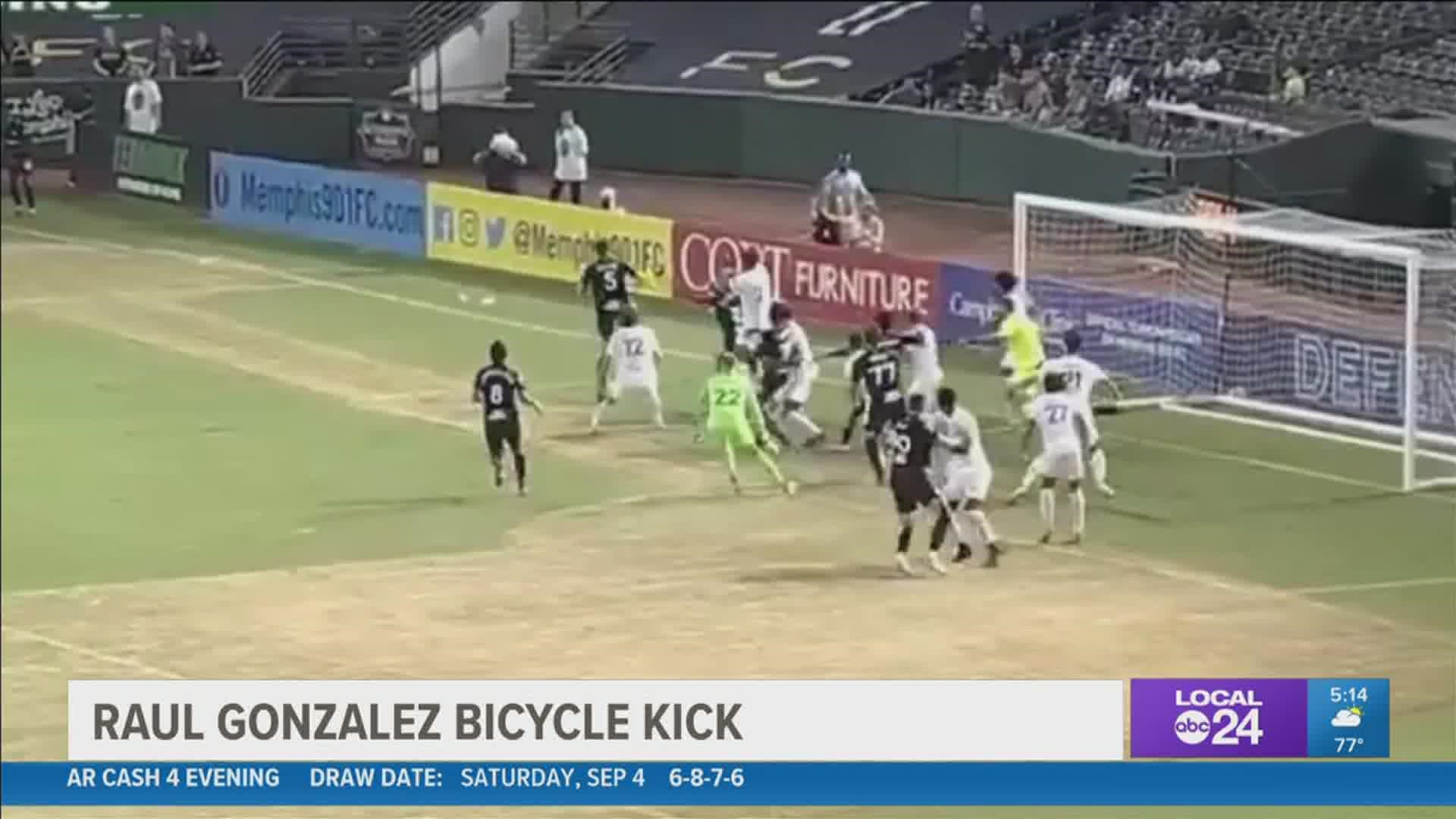 MEMPHIS, Tenn. — With a stunning, acrobatic, once-in-a-lifetime goal fitting of a video game, the Memphis 901 FC snatched a last second win against the Birmingham Legion Saturday night at AutoZone Park in downtown Memphis.

The match-winning goal was delivered by Raul Gonzalez with just moments left in stoppage time. Gonzalez’s heroic masterpiece was just minutes after a beautiful goal by Roland Lamah.

“I thought to myself, ‘Let me get off the ground, let me really put my whole body into this and make it 100%.’ I jumped up for it, tried to find the center of the ball and make contact, and I hit it on frame and it went upper 90°. It was a little bit of luck and a little bit of concentration. I was kind of shocked when it went in, but I was relieved to know it went in, because what a time to score. Given the season and knowing where we’re at, to get a result coming off of multiple ties recently is a great way to move forward,” Gonzalez said of his brilliant winning goal.

“It was crazy. I thought we had lost the game. Their first goal was a gift, and we responded brilliantly. The second half was completely one-sided, and honestly, the whole game was our game. We’ve dealt with a lot of stuff this year, and we’ve played very well and lost embarrassingly. So, to come back with that attitude and that effort shows where this club and this team is at. It was unreal, but it was a deserved win,” said Memphis 901 FC Head Coach Ben Pirmann.