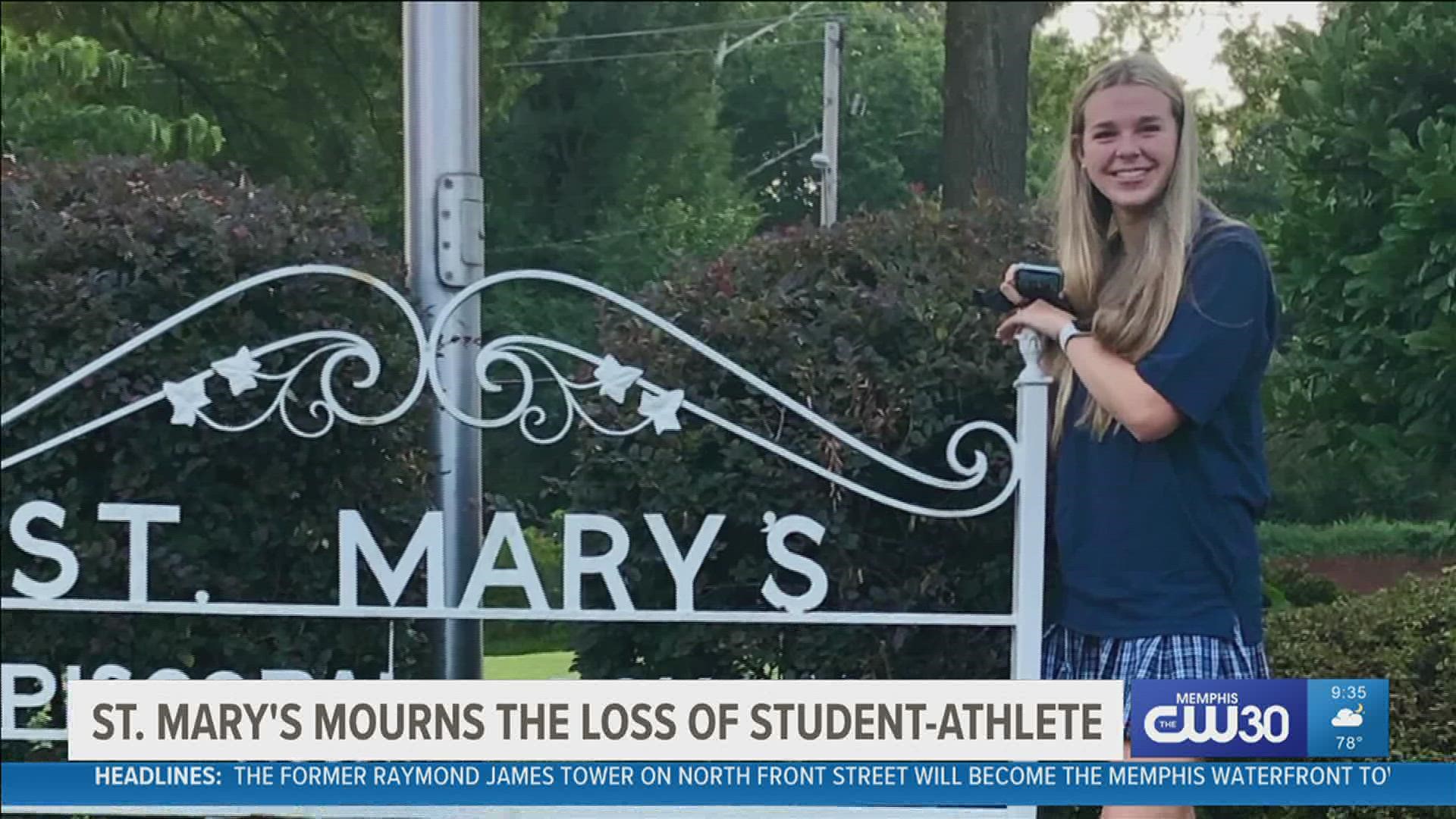 MEMPHIS, Tenn. — Amsey Grace Liebenow did it all at St. Mary's Episcopal School.

She ran cross country, swam and was part of the trap team. She participated in mock trial, was on the honor council, and played both piano and harp.

Liebenow passed away in a car accident on Sunday. She was 15.

"She was a light in literally any community that she was a part of at our school," St. Mary's cross country coach Holly Hensarling said.

Amsey's passing is particularly devastating for the small Episcopal school, which is made up of less than 300 high school students.

"These kids have known each other since they were three. There are 60-70 kids per grade," Hensarling said. "Just to see these kids, just wrap their brains around losing a person, a light like Amsey, has been probably the hardest week that I've had as a coach and a teacher."

St. Mary's is honoring Amsey by wearing yellow -- her favorite color -- in class and at all sporting events.

Wednesday was St. Mary's first cross country meet since Amsey's passing. Her teammates were given the choice not to compete.

"We talked about what that might look like. About how hard it might be," Hensarling said. "There was no doubt in their mind that they wanted to run. They said were doing it, and we're doing it for her."

St. Mary's would go on to win the meet: A small lift in an otherwise grueling week.

"That's going to be a huge motivation for us, just the love that we have for her. Showing our love for her through showing up and performing, and just supporting each other. The same way that she showed up and loved on all of us and supported us."

The St. Mary’s community joins the Liebenow family in grieving the loss of sophomore Amsey Liebenow. Amsey died on...