"It was a sign from God": Memphis football commit explains why he chose to be a tiger

Confused about where he should attend college with multiple offers on the table, Tevin Carter says a dream about his late grandfather helped him to make his decision 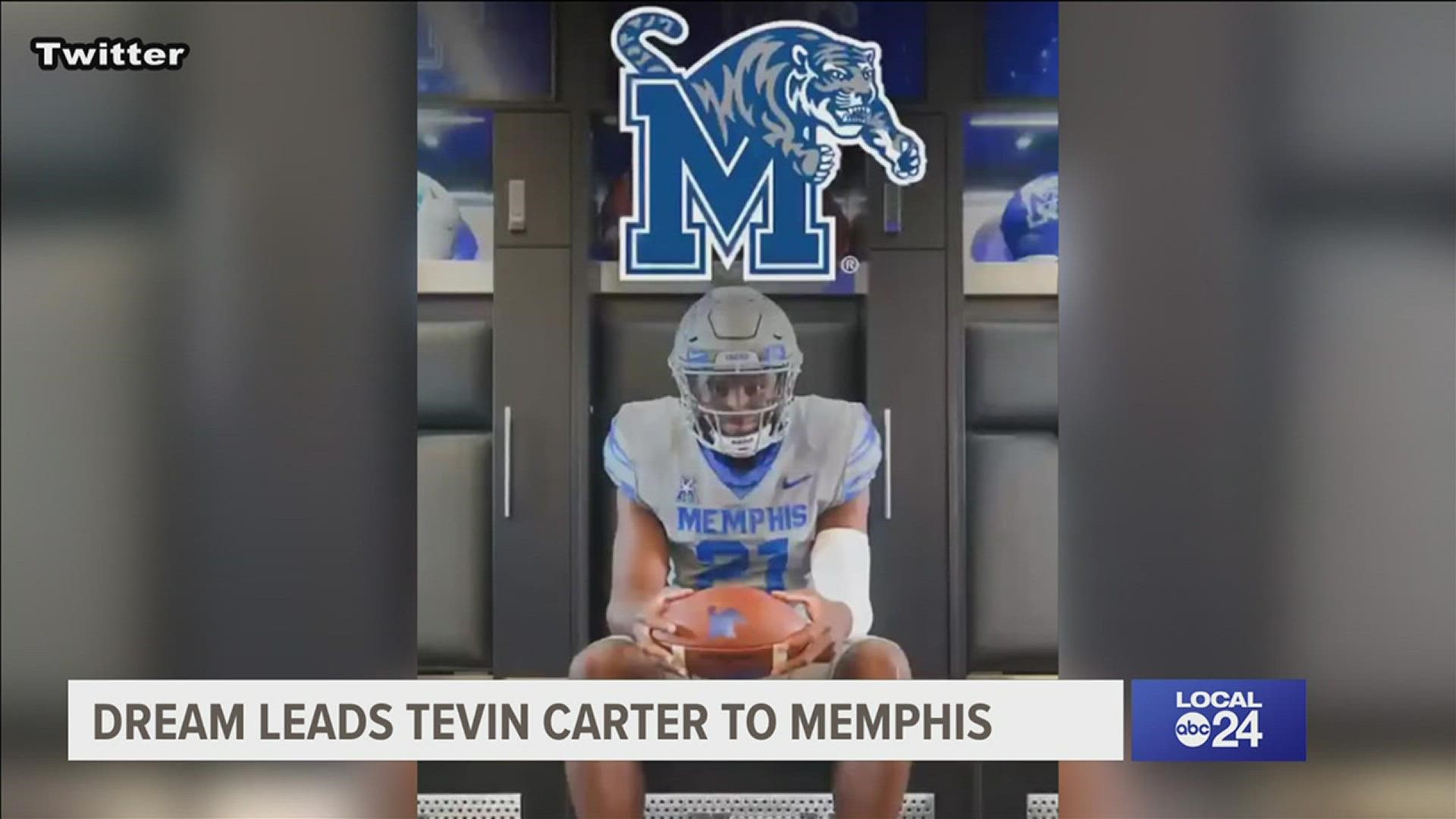 MEMPHIS, Tenn. — Tevin Carter has played for multiple local schools throughout his football career, and just when he thought he would finally choose a change of scenery for his college debut, a dream changed his mind.

“Everybody was surprised even my teammates,” said Carter.

The 6"3' Memphis native initially planned on being the next quarterback for Georgia Tech.

As the highest-rated recruit out of Memphis, Carter also had offers from multiple power five schools like Ole Miss and Texas A&M.

However, he wasn't completely sold on either school. Unsure, he said he prayed one night for some clarity on where he should go.

“I had a dream, but in the dream, he (his grandfather) was wearing all this Memphis stuff. I woke up and told my mother I’m going to Memphis,” Tevin explained.

I trusted the process. I could always see it in my dreams. My commitment…❗️#Pureyouth pic.twitter.com/bw3IZKJpkm

His late grandfather was always an Alabama fan and saw Tevin going there instead.

“That was my first coach, my first coach. We had this tight relationship where he was hard on me, but he was proud of me,” said Carter,

Carter said losing his grandfather was hard, adding that his dream about his grandfather confirmed that he should stay home and further his football career with the Memphis Tigers.

“That was a sign from God. He passed like two or three years ago, and I never had a dream about him ever.”

He said now his focus is living up to expectations.

“That was why I had come up with the name the hometown hero. I’m not, like I told a lot of other people today, I’m not saving the team or anything like that. I’m just from the city and a big-time recruit so I just like to say that. Brandy White, he set the bar high, so I have to come after that and make it do what it do,” Carter said.

Carter said he will graduate just before signing day and will join the Tigers in the spring.