The longtime Wildcats coach passed away at 77 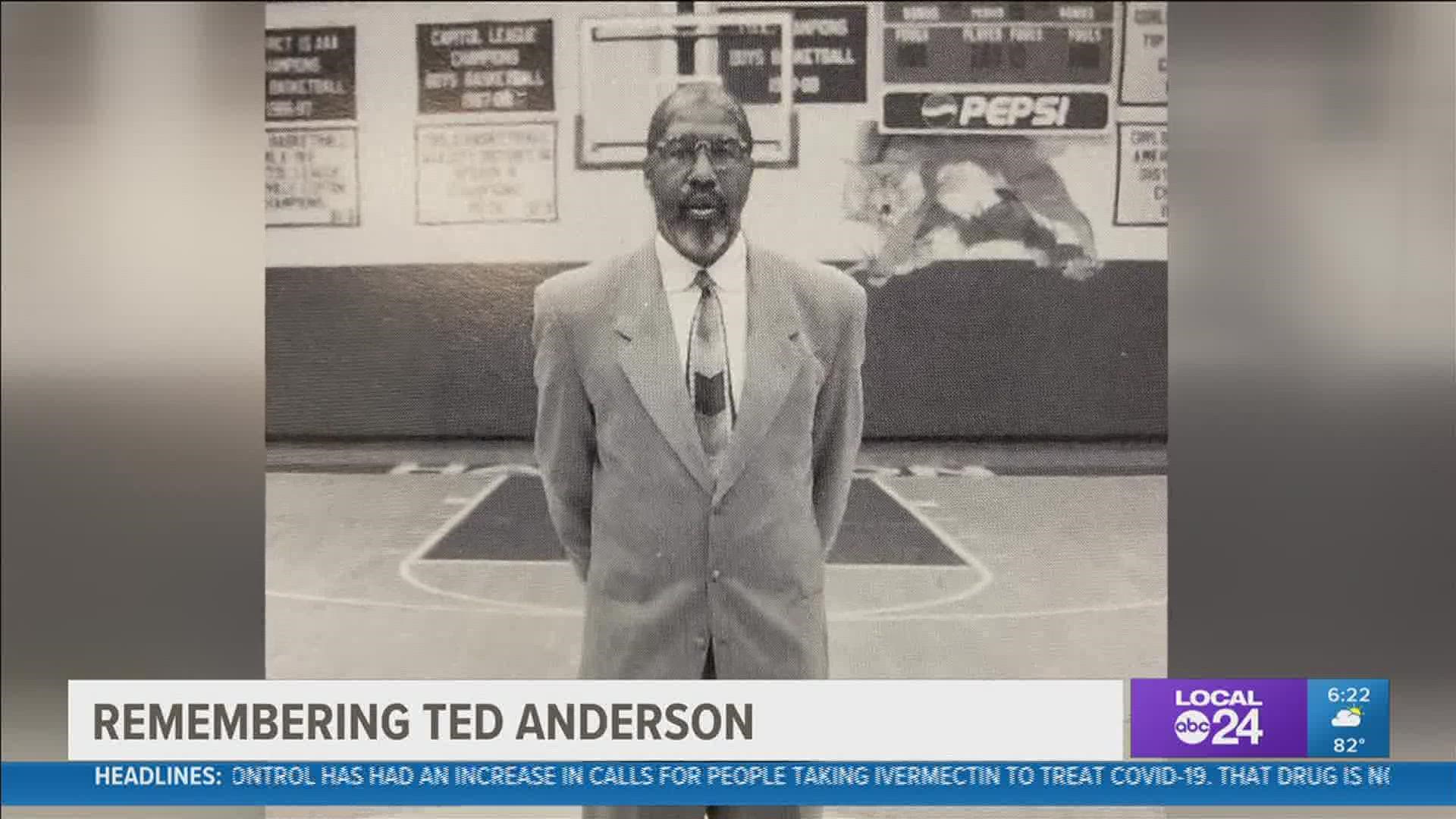 MEMPHIS, Tennessee — The Hamilton community has lost a legend.

Longtime basketball coach Ted Anderson has died at the age of 77. A cause of death was not released.

Anderson amassed 581 wins in his career, the majority coming at Hamilton High School, where he led the Wildcats to a state championship in 1991. He coached his final eight seasons at Douglass High School before retiring in 2016.

Many of his players are now coaches themselves in Memphis.

"That was my guy, said Eric 'Cowboy' Robinson, the current head coach at Hamilton, and a member of the '91 state champion team. "That was my Superman."

Wooddale head coach Keelon Lawson played for Hamilton from 1986-88. Lawson would go on to succeed Anderson as head coach of the Wildcats in 2005, and guide Hamilton to a state title in 2006.

"Our motto was 'Think State'," Lawson said of the teams he played on under Anderson. "We used to write it on our jerseys."

"If you could make it through Coach A's program, you could be successful in life," Robinson said. "Cause he raised us. He was hard on us. Coach A was the army. It was tough."

Rigid on the court, but a rock for the young men that needed him most.

"My mom and dad were going through a divorce, and I was just stuck in the middle, and I stayed with him a couple of times," Lawson said. "He was like a father figure to me. The impact that he had on me was great, because I wouldn't be the man I am today without his support.

"He was there when I lost my parents," Robinson said. "I lost both mom and dad, and he was there. I'm not the only one he did like that. He treated all of us like his kids."

These are just two examples of the countless lives impacted throughout Anderson's career.

"He has a legacy in that he did his part," Lawson said. "His calling on this earth was to impact young black males. And I think he did that."

So Sad to hear the passing of Legendary Coach Ted Anderson…. He coached HARD AS HELL and by doing so has influenced so many young men in our community on and off the court. My prayers are with his family 🙏🏾🙏🏾🙏🏾. #tedanderson #toddday #hamiltonhs #douglasshs pic.twitter.com/mHJJAMKrpQ