The art of falling down, and the power in getting back up

A young ice skater named Campbell shows strength well-beyond his years when he practices and performs. 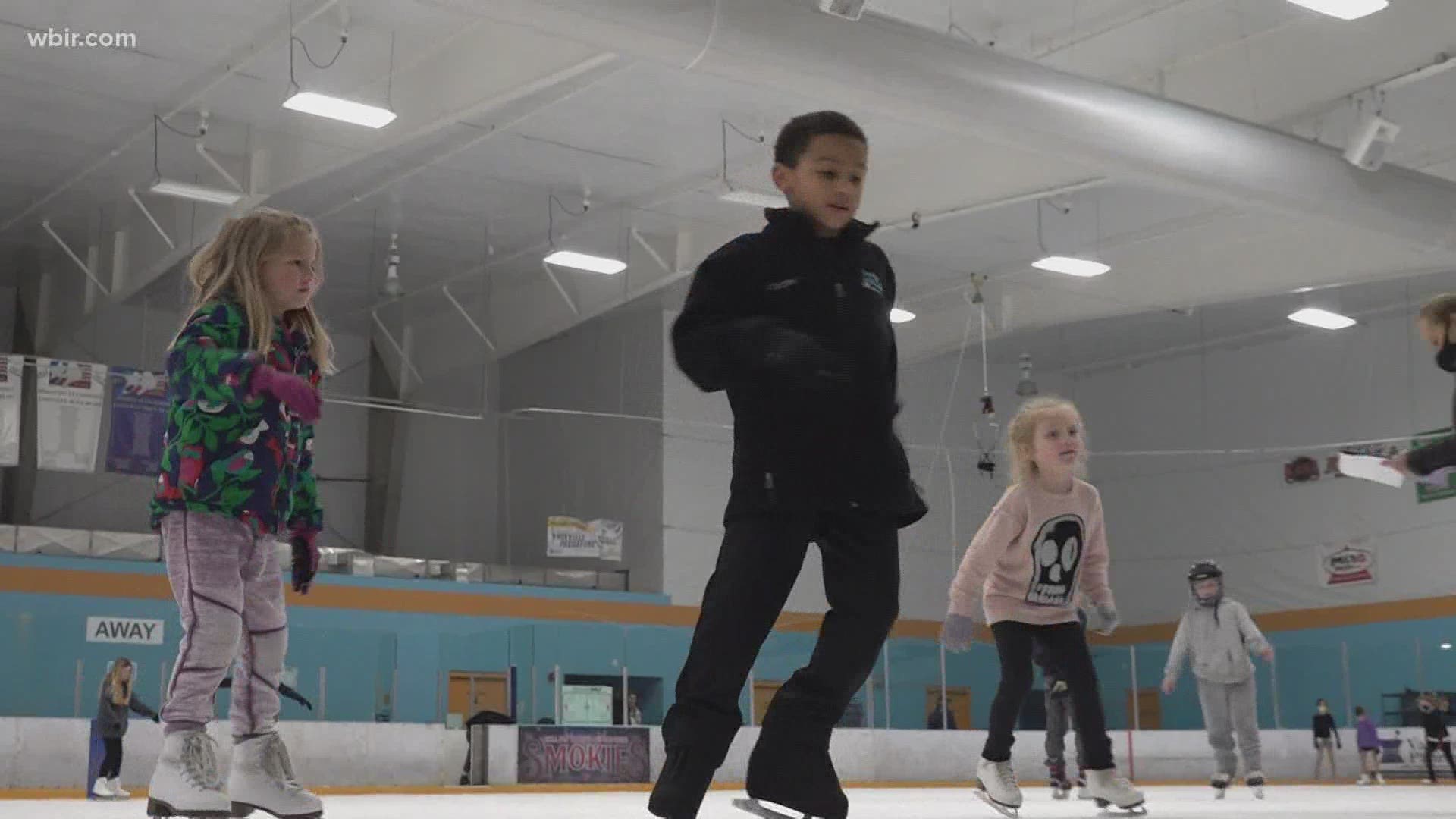 KNOXVILLE, Tenn. — When you step on the ice at Cool sports in west Knox County, one of the skaters stands out immediately. His infectious smile, speed on his skates and his need to hug as many people as possible makes Campbell hard to miss.

"He loves to hug. He cannot leave anywhere without a million hugs," mother Jennifer Thornton said as Campbell gives her a hug mid interview.

He's also a big fan of ice skating and Maui from the Disney movie, "Moana." Which order that goes in depends on the day.

One of his coaches, Kathy Wolff Barakadov has seen so much improvement from Campbell in his time at Cool Sports.

For Campbell, falling down once or twice is nothing.

"He has a lot of challenges in his life, that he has to work with in a world that isn't always nice to him," she said.

Campbell was exposed to drugs in the womb, he entered the foster care system at 10 days old, that's when the Thornton's came into his life.

"It was a rough couple of months."

The Thorntons adopted Campbell, but as life continued, more challenges arose. He developed autism and a mild case of Cerebral Palsy.

"There's lots of places that don't accept special needs kids. We kept searching for something he could do that he could be a part of."

Which takes us back to the rink at Cool Sports. A camp focused on children with special needs opened the doors for Campbell in early 2020. He hasn't stopped moving since.

"He has an infectious spirit and anytime you're around him, you can't help but feel better. Definitely brightened up the walls of this ice rinks, for sure," Wolff Barakadov laughed.

"I love that he has a place that he is 100 percent accepted for who he is," Thornton said.

Now his love radiates to his fellow Smoky Mountain Theatre on Ice skaters. They perform routines to songs as a group and as individuals.

He's even been nominated as a US Figure Skating Get Up Champion, an award that goes to somebody who embodies the notion of getting up off the ice, no matter what.

"He had to wear braces on his legs and he really had a hard time to walk and he actually got up. Most of the time in life we fall down, but it's not how we fall down or when we fall down, it's how we get up," Wolff Barakadov said.

And with plenty of people to hug along the way, well, it's easy to do.

So do you fall down a lot Campbell?