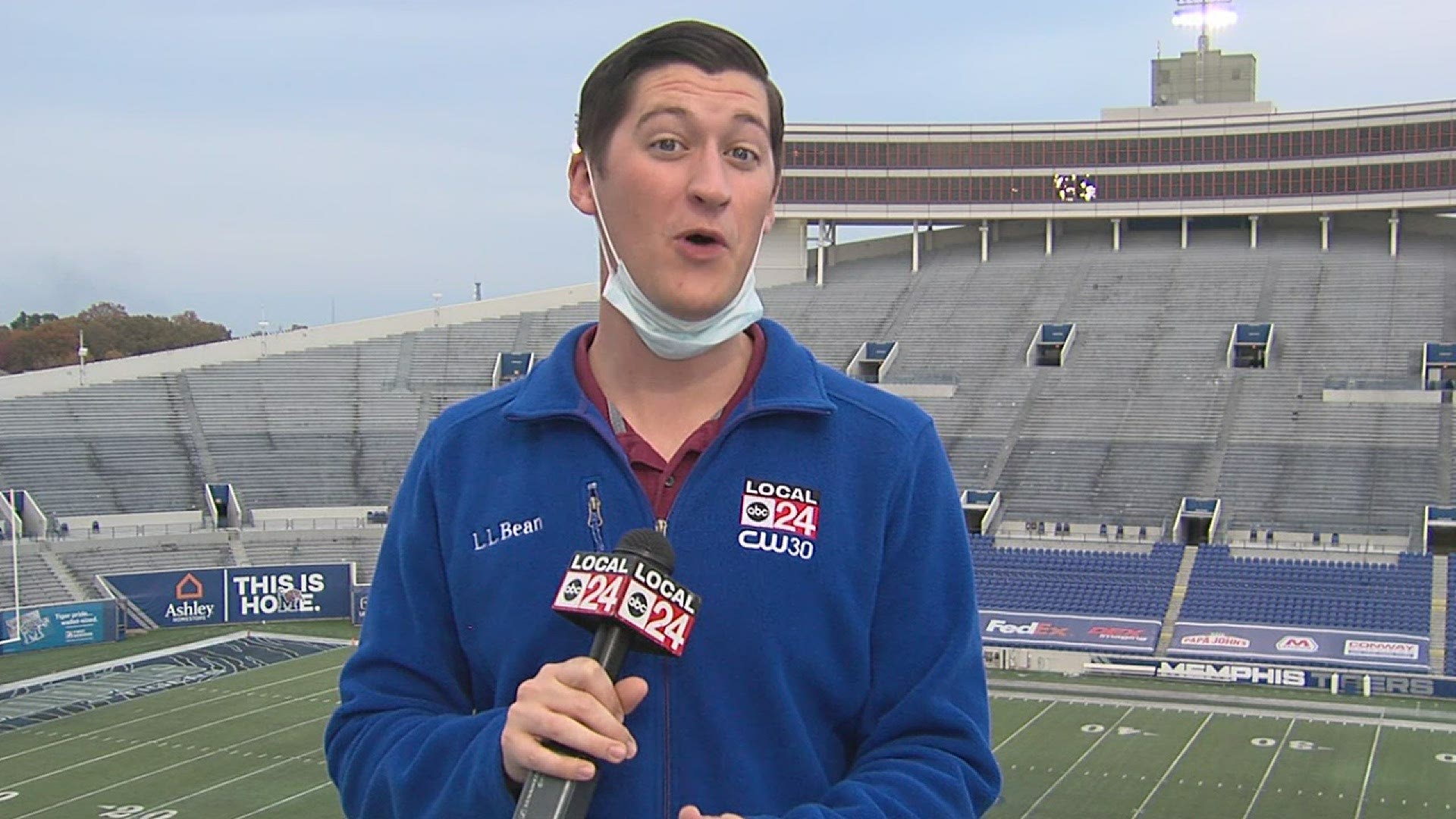 But thanks to yet another second half surge, and a shutout defensive effort over the final 30 minutes, the Tigers covered, cruising to a 56-14 victory over the Lumberjacks.

"It wasn't always pretty," Ryan Silverfield said. "It never is, I knew they would all be hard, the ups-and-downs of a game, but at the end of the day, we found a way to come out victorious."

"It's just these little tiny details that we keep harping on," Brady White said. "I'm tired of saying it more than you're tired of asking it, so I don't know what else to tell you other than we've got to get the job done. And today we won."

"I appreciate everyone that's been involved and I just feel very fortunate to be able to play at a high level and break that," White said. "It's really cool to be on top of the mountain, on top of the list."

Calvin Austin III also set a record with his fifth consecutive game of at least 100 receiving yards, tallying 173 in the win.

"As long as you work, it's going to show up because work never fails," Austin said about what it takes to go from a walk-on to his current status as the Tigers No. 1 receiver. "If you just keep on trusting the process and taking the good with the bad and keep on moving, you're eventually going to reach where you want to go."

The Tigers are about to go on a stretch of three games in three weeks, beginning with their makeup date at Navy next Saturday.