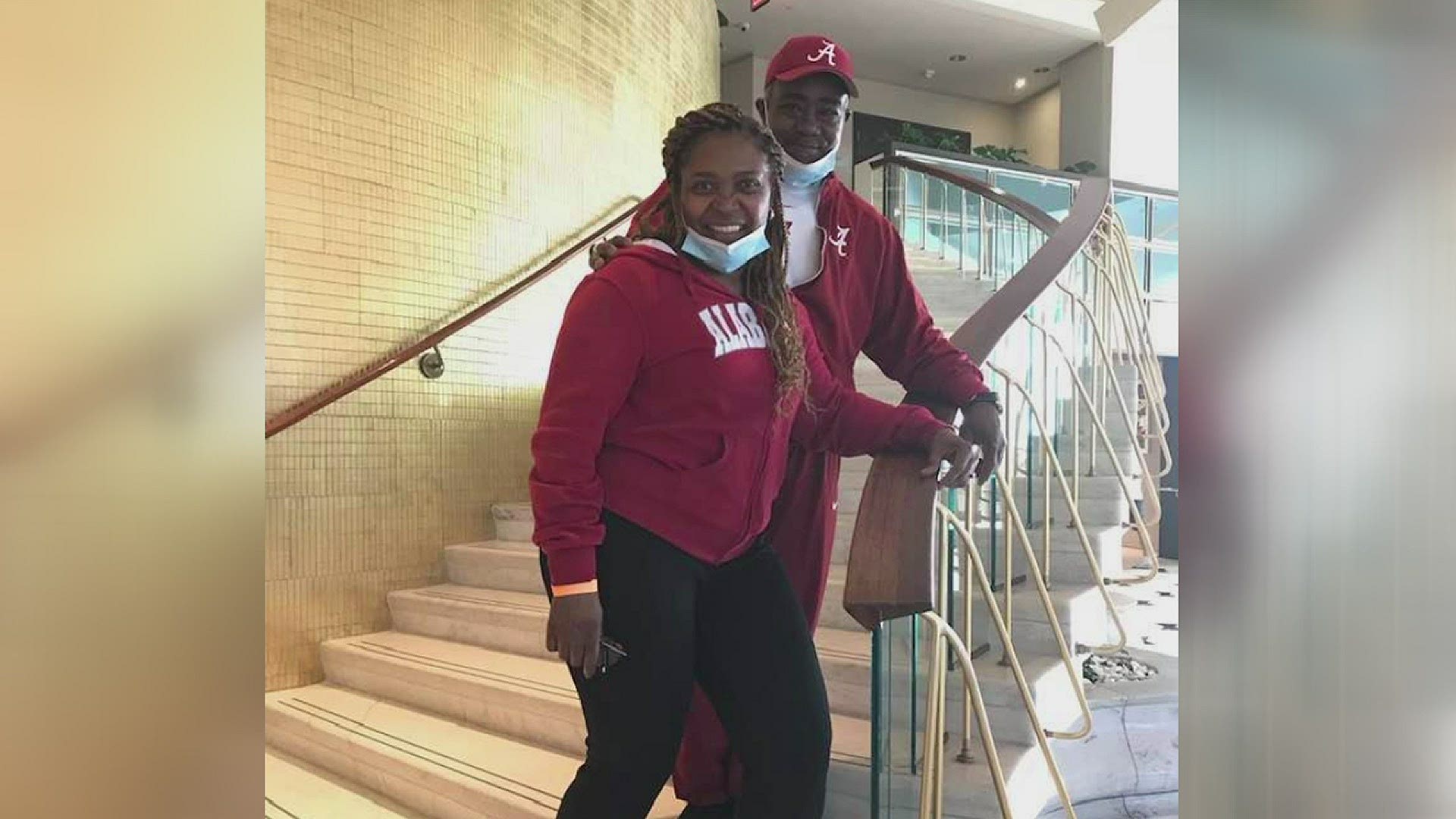 MEMPHIS, Tenn — Jacqueline McMillon and her husband Sylvester try to make it to every Alabama game to watch their son, Joshua, play.

But the Crimson Tide linebacker and Whitehaven High School alum had to roll without them for three games last November, when both of his parents tested positive for COVID-19.

"I was asymptomatic. But I tested positive," Jacqueline McMillon said. "My husband had all the symptoms. He had the fever, the chills. No taste, no smell. Lost all of his strength. He lost about 32 pounds in two weeks."

Fortunately, Sylvester made a fully recovery, but hardship came in another form last December, when, for the well-being of the team, the McMillons decided to remain apart for the holidays.

"He didn't come home for Christmas," Jacqueline said, pausing to contain her emotions. "He could have, but we all chose not to because we wanted the team to be safe. And we spent Christmas without our baby son."

But 2021 is starting on a much lighter note: Healthy and together for the National Championship game.

"After the game is over with tonight, we'll get the opportunity to see him," his mother said. "But right now we want him to be safe, get rest and win that national championship."

On the other side of the field for Ohio State, another Whitehaven alum: defensive end CorMontae Hamilton.

The rare moment of having players on both sides of a National Championship shines a much-deserved spotlight on the Tigers and head coach Rodney Saulsberry.

"He's always instilled in them using their talent for opportunity, and that's what these young men did," said Nikki Gilmore, Hamilton's mother. "They're doing something they love."

"I'm happy for Whitehaven and happy for the recognition for our program, but I'm mostly happy for those two young men," Saulsberry said. "They are two great, humble, young men that are great role models that young men can model themselves after. They were a dream to coach."

And as for coach's championship prediction?

"A team in red will win," Saulsberry said with a smile and a laugh.

The team in black and gold already has.