After going undrafted in 2017, the The Newport, Arkansas native took the hard road to Triple-A 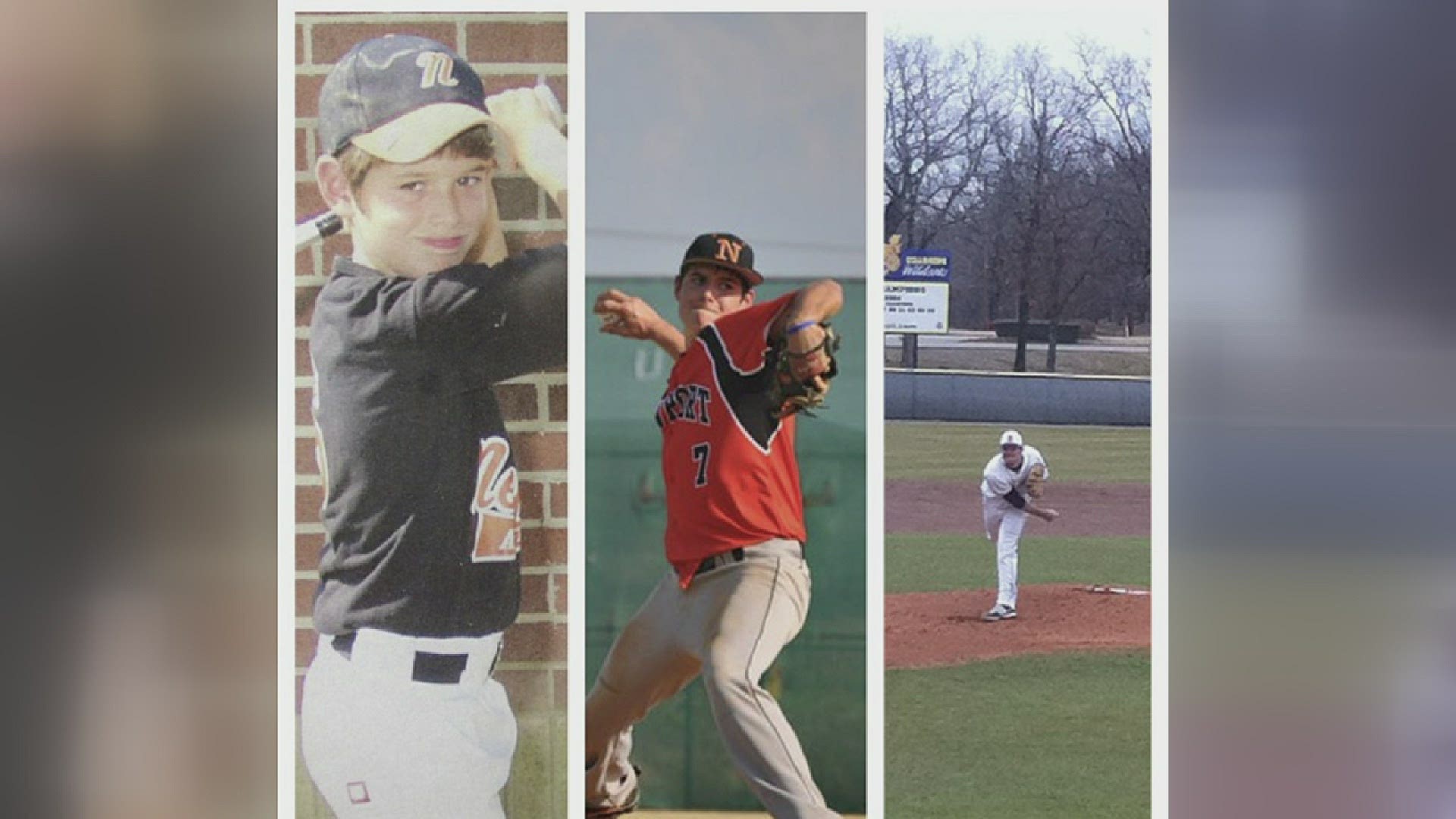 MEMPHIS, Tenn. — Grant Black remembers coming to AutoZone Park as a little leaguer to run on the field with the Redbirds.

"It was kind of cool to be one of the players to run out there now," The newly minted Memphis Redbird told Local 24 Wednesday.

The Newport, Arkansas native made his Triple-A debut Sunday against Toledo, a high-point in a pro career that almost never began.

A hard-throwing right-handed pitcher out of the University of Arkansas-Monticello, Black went undrafted in 2017.

"I remember I started crying," he said. "I don't cry very often, but I just broke down. Like, 'Is it over, is my career over?'"

Instead, he chose to continue pursuing his dreams. Black spent two seasons in independent ball, posting a combined 3.49 ERA while striking out 141 batters in 113.1 innings of relief. That winter, he posted his highlight tape to Twitter. The radar gun in the lower right corner of the video repeatedly illuminated 95-96.

"Once I posted that, my phone kind of started ringing a bit more," Black said.

St. Louis made the call, along with 11 other teams. The Cardinals signed him to a minor league contract in February of 2020. Black had finally arrived at his first spring training; then came the COVID-19 shutdown.

"That was kind of scary," he recalled. "I personally thought I was waiting on the call any day this offseason to tell me that I'm sorry it didn't work out."

The Cardinals not only kept him around, but started his affiliated career at Double-A Springfield, bypassing the lower levels.

After 10 appearances in relief, Black was promoted to Triple-A Memphis on June 6. Upon his arrival, manager Ben Johnson had one more surprise.

"He said, 'How do you feel about starting?,'" Black said, a smile growing as he remembered his first interaction with Johnson. "I said, 'Let's go.'"

LHP Matthew Liberatore (AAA) has been reinstated from the Temporary Inactive List.

RHP Alex FaGalde (AAA) has been placed on the 7-day IL.

RHP Grant Black has been transferred from Springfield (AA) to Memphis (AAA).

So Black told his family, who spread the word out throughout Newport. Within hours, Grant had his own cheering section at AutoZone Park.

"Shoutout to Newport, Arkansas for that," he said. "They're proud, and I'm very thankful for them. They've been behind me since Day One. Their cheering weirdly made me calmer."

Making his first start since college, Black went four shutout frames and struck out a pair in the spot start. Even though Memphis took a 4-1 loss to Toledo, Sunday was a moment he will never forget. And one that very easily could have never happened.

"I've had people tell me a lot of times, you're a lot closer than you think you are," Black said. "I kind of didn't really believe it until I was sitting in Double-A making my first affiliated appearance. They weren't lying. And now that I'm here, they weren't lying. It's amazing how close I was the whole time and didn't realize it."

Clap it up for one heck of a debut start for Grant Black! 👏 👏

Welcome to the squad, @GrantBlack16 👊