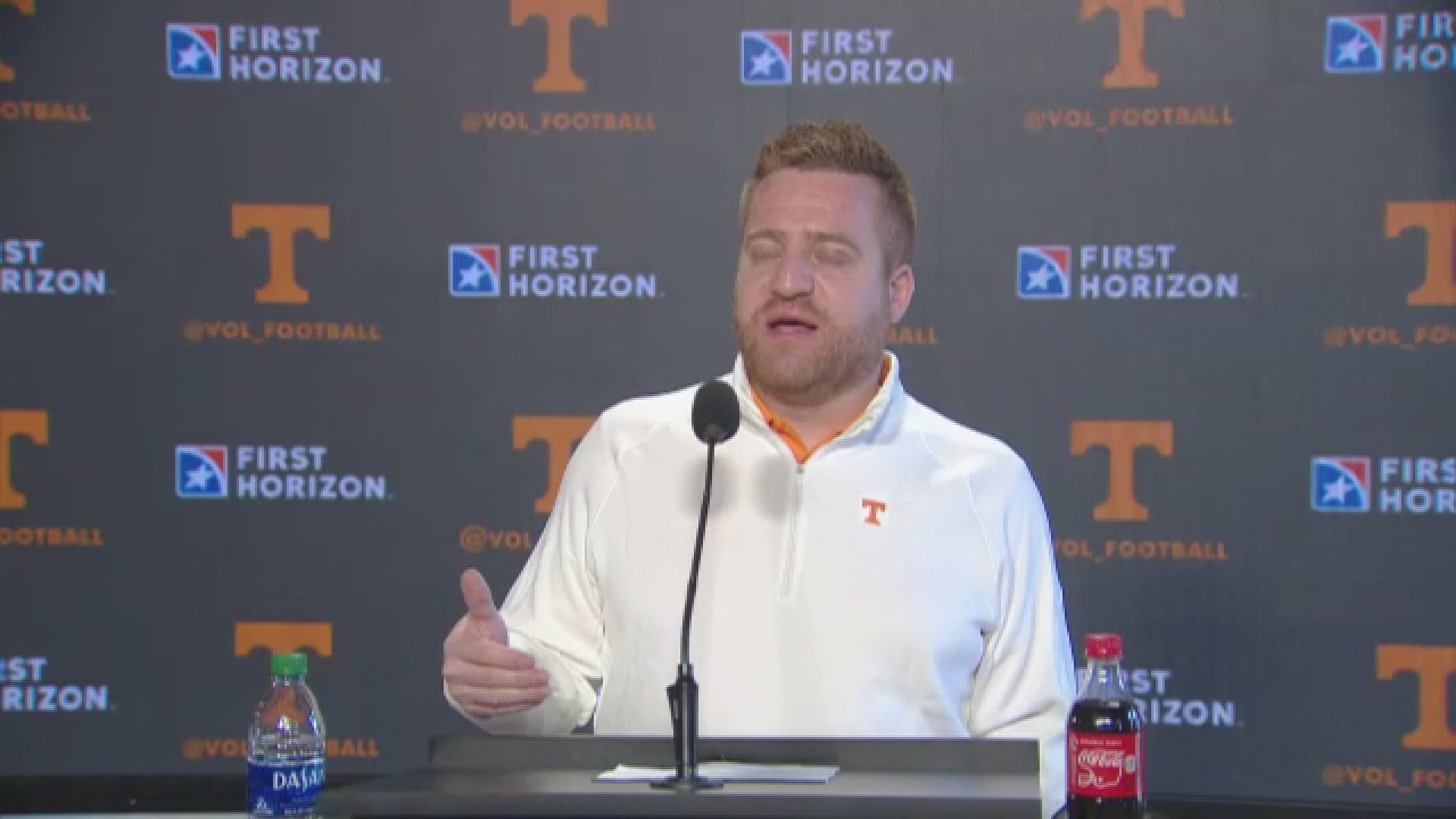 KNOXVILLE, Tenn — The Josh Heupel era at Tennessee has begun.

Heupel finalized his offensive supporting staff earlier this week, and the offensive coaches met with the media Wednesday.

Tennessee offensive coordinator and tight ends coach, Alex Golesh echoed Josh Heupel's message that this offense is going to be high-tempo and when it comes to the quarterback position, Golesh wants someone that can handle the most from a mental aspect and a physical aspect.

Golesh said he believes it will be a six-month process before they name the quarterback.

"So much of this offense revolves around the quarterback and being able to manage it and operate within the system. It happens really fast. You've got to be able to process information quickly. You've got to be able to process defensive looks quickly. So, I think at that quarterback position, who can grasp it the quickest? Who can operate within the system? And who can excel within the system? I don't think we have that answer right now, I know we don't. I don't think we will have that answer at the end of the spring. I think it will be a six-month process."

Golesh joined Heupel’s UCF staff after four seasons as the tight ends coach and recruiting coordinator at Iowa State from 2016-19. The four Cyclone recruiting classes under Golesh all ranked in the nation's top 50.