The signing is pending league and federation approval. 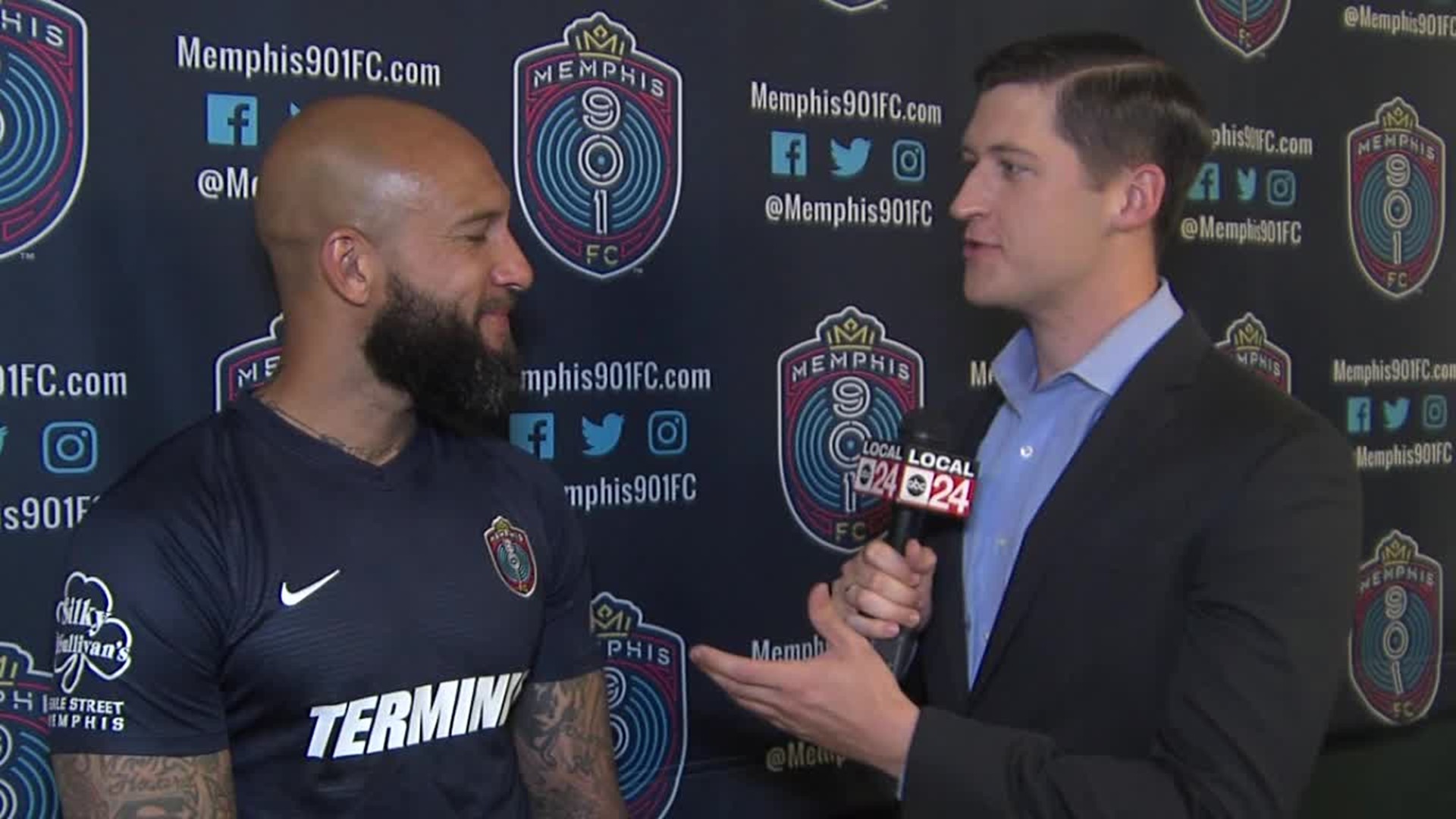 On Wednesday, Principal Owner Peter B. Freund and team President Craig Unger announced the signing of Tim Howard to play for Memphis 901 FC in the 2020 USL Championship Season, pending league and federation approval.

On signing his contract Howard said, “Since my retirement in October, my obsession for football has grown. The desire to win continues to drive me. I love to play, and I love to compete, this gives me the opportunity to do both.”

Howard will assume multiple roles at 901 FC, combining his position as both minority owner and sporting director with his new responsibilities as a player.

“As both an owner and our Sporting Director, Tim’s deep desire to win, driven by outworking the competition, is what has come to define 901 FC’s culture,” Freund said. “Today's announcement, that Tim will represent the city of Memphis as our goalkeeper, shouldn’t come as a surprise to anyone who understands the fire that still burns inside of him.”

Head Coach Tim Mulqueen believes that this sentiment will extend to the rest of the squad.

“When he’s in the locker room as a player, he will act as a player. His focus is only going to be on winning. There will be very clear lines that the players will recognize.” Mulqueen said.

Howard’s decision to come out of retirement comes from his passion for Memphis. He wants to represent this city and help soccer grow here.

“I’ve made a commitment to the City and people of Memphis to build a perennial playoff team. One whose goal continues to be lifting the Eastern Conference trophy and ultimately bringing the USL Cup to AutoZone Park,” Howard said.

Howard began his career in MLS with the New York MetroStars, before moving on to the Premier League and amassing 399 league appearances for Manchester United and Everton. During this time, he collected 121 caps for the USMNT and appeared at three World Cups – most notably in 2014 against Belgium – where he notched a record 16 saves.

Fans will have their first chance to see Howard take the field this Saturday at 6 p.m. as the team opens their season at AutoZone Park. Tickets can be purchased at www.memphis901fc.com/tickets or by calling (901) 721-6000.

Memphis 901 FC hopes to build on a successful inaugural season where they averaged over 6,500 fans per game—the ninth highest attendance in the league, second among expansion teams.

RELATED: Local mother battling cancer gets support from all avenues – including 901FC and the rock stage