Chef creates 'Mercy Chefs' non-profit to feed not just the body, but the soul after disasters

“What would your grandmother cook for you if you were hurting and beat up? That’s what we’re going to be cooking for you." 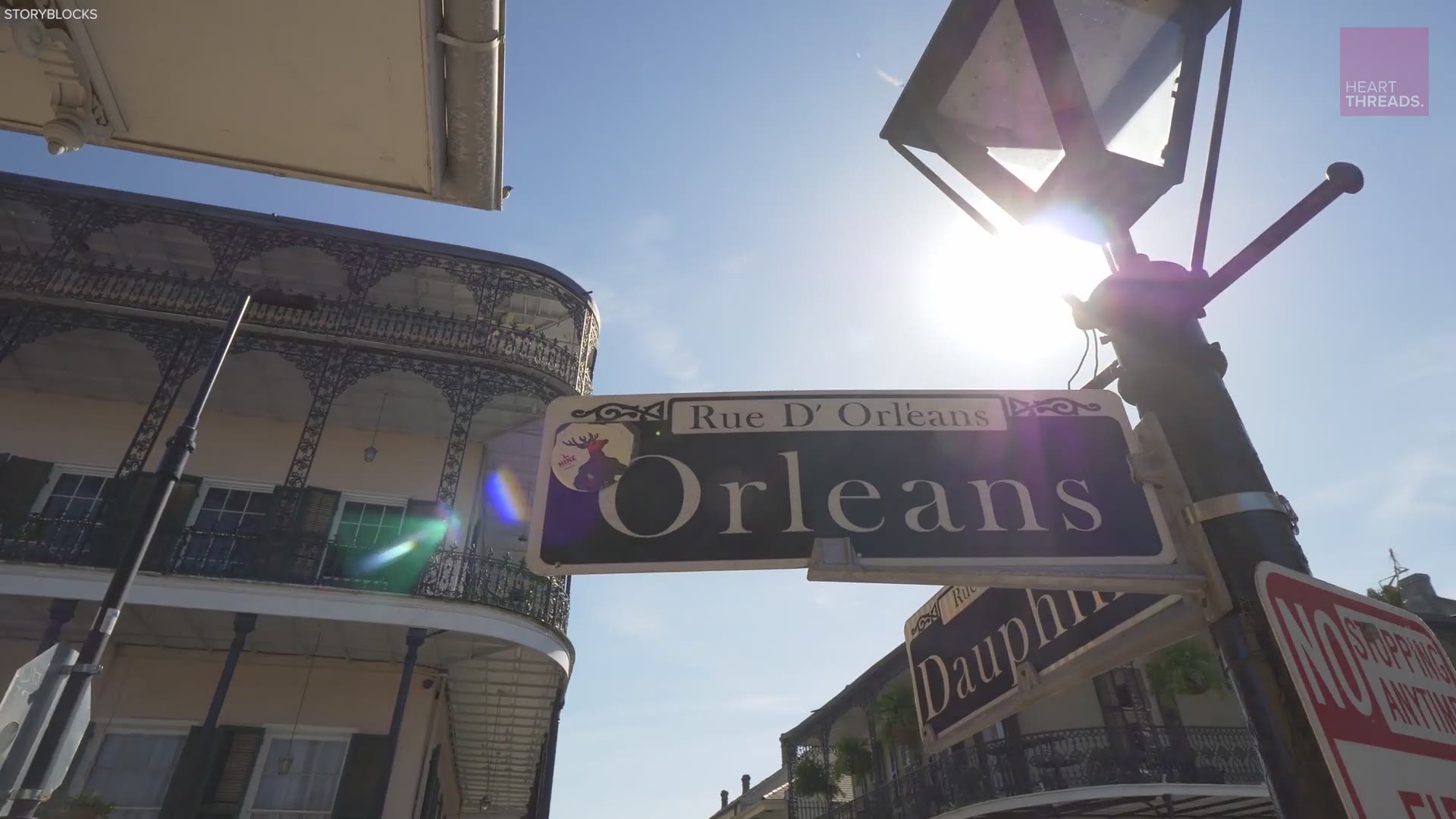 PORTSMOUTH, Va. — For Gary LeBlanc, growing up in New Orleans, food wasn’t just a commodity – it was a lifestyle.

The chef credits his talent in the kitchen to his two New Orleanian grandmothers.

“One [grandmother] was very tradition Cajun and creole. The other did a lot of Italian cooking but with all of the Cajun worked in,” Gary recalled. “New Orleans is an amalgamation of flavors and techniques… so it was really nice to get this diversity in technique and flavor.”

Despite their very different cooking styles, the attention to detail that went into their Cajun meals laid a foundation for Gary.

This attention to detail helped Gary secure a job in a local restaurant. What he thought was a typical server position turned out to be anything but. The restaurant was owned by the Brennan Family, a renowned and well-known restaurant family in New Orleans. Furthermore, they had enlisted Paul Prudhomme as the head chef. Prudhomme is credited with popularizing Creole and Cajun cuisines.

At the time, Gary didn’t know how to properly carry a tray. But thanks to his upbringing, he knew he had to be tenacious. Gary would come into the kitchen on his days off and shadow Prudhomme.

Soon, he was moving across the country flourishing in the restaurant and hotel industry.

Gary was living in Virgina when tragedy struck New Orleans in August 2005.

Hurricane Katrina was a Category 5 storm in the Gulf of Mexico. It was a Category 3 when it made landfall in southeast Louisiana, breaking multiple levees and leaving New Orleans severely flooded and damaged. The storm resulted in 1833 fatalities. The total damage from Katrina is estimated to be $161 billion.

“It was devastating for a New Orleanian… Every restaurant or hotel I worked in had been damaged or destroyed,” Gary said. “We were watching television and the people standing on the bridges in New Orleans, I’m recognizing people that I used to work with. I knew I was going to have to do something and texting $10 wasn’t going to do it.”

Gary deployed to New Orleans to assist organizations with what he knew best: food. But what he found angered him. He recalled cold green beans straight from the can, dumped onto plates and served for a 14-day streak.

What was even more heartbreaking was the faces of those impacted by the storm. He believed that if you were going to serve these distraught individuals, the meals should be “overwhelmingly wonderful.”

Upon returning to Virginia after two weeks of volunteering, Gary realized the experience had changed his life.

It was hard for Gary to even sleep for the following nine months. He would wake up in the middle of the night and write down ideas to better the workflow and food quality of serving during disasters.

“I’m grateful for anything that anybody does after a storm, but I believe that there is a better way,” Gary said. “I went back to these other organizations and said, ‘Hey, I have these ideas, I have these menus, I have these connections and we can do food better.’ And they all said, ‘Why would we want to do that?’”

Gary realized he would have to make his ideas a reality on his own.

And so he did. Shortly after founding the non-profit Mercy Chefs in 2006, Gary purchased a mobile kitchen and single handedly drove to disaster area to  cook and serve those in need.

If he required assistance, he would enlist his wife, children or call family friends.

In the 14 years that have followed, Gary has transformed Mercy Chefs into a non-profit. They have responded  to tornadoes in the Midwest, hurricanes in the southeast, wildfires and even gone internationally. Today, Mercy Chefs has served more than two million meals.

To Gary, serving the affected people quality food goes beyond feeding their body, it feeds their soul.

“We’ve had people tell us, ‘Your food was the only thing we got directly from anybody. Nobody came to our door and said, ‘We love you. We’re here for you. How can we help?’’ And it’s just a meal but it can be lifechanging,’” Gary said.

Mercy Chefs has designated a location in Portsmouth, Virginia to Mercy Chefs where they 20 full time staff members, a full kitchen as well as a cooking class area. The non-profit serves meals to local schools, school programs and teaches complimentary cooking classes to those in need.

Of course, the food Mercy Chefs cooks is full of love.

“What would your grandmother cook for you if you were hurting and beat up? That’s what we’re going to be cooking for you,” Gary said.