'I sing in or out of uniform': Police officer wows with soulful gospel song

School resource officer Mervin Mayo stopped by his church after work for some "praise and worship." Listen to his powerful vocals which have moved thousands online. 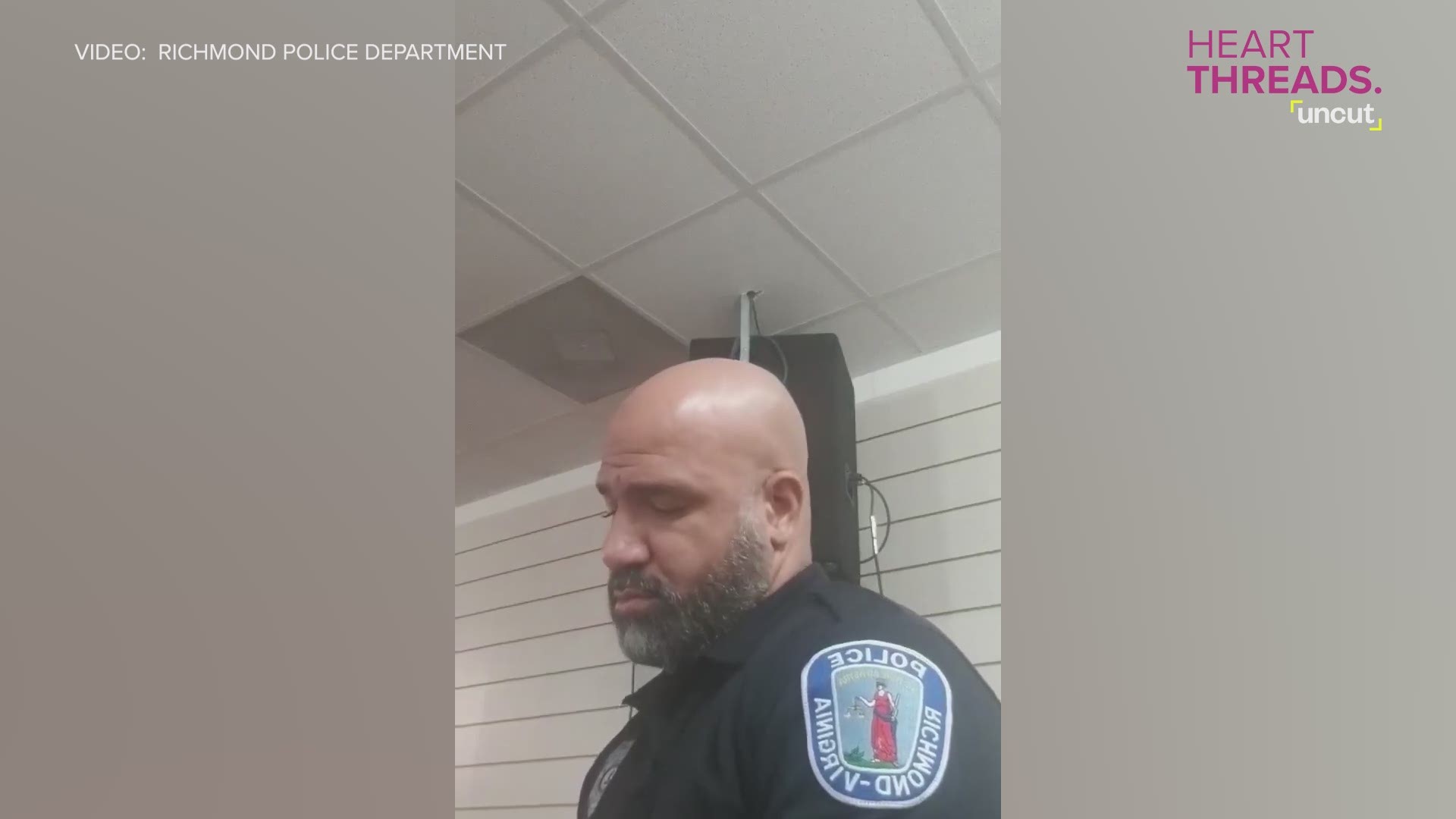 RICHMOND, Va. — After getting off work for the day as a school resource officer at Richmond Alternative School, Mervin Mayo went straight to church.

He needed some "praise and worship" time for himself.

As he sat down at the keyboard, uniform still on, Mayo belted the gospel song "The Best in Me," originally sung by Marvin Sapp.

Mayo, who also serves as the minister of music at the church, recorded a video of the song and posted it on Facebook, where it was shared more than 27 thousand times. His passion is evident in the recording as his powerful voice soars through the song's smooth melody.

Richmond Police then re-shared the clip with some additional information about Mayo. According to the department's post, Mayo works in the Community, Youth and Intervention Services Unit, participates in the station's Police Athletic League as a referee and mentor and sings at department and league events.

"I sing in or out of uniform at the drop of a dime," he said.

RELATED: WATCH: Dads bond with cheerleader daughters with impressive routine of their own

Mayo said he hopes the video gives some inspiration to people who might need it.

"I’ve always been inspired by this song, but for some reason, I couldn’t get it out of my head. So I had to get to a piano immediately to minister to myself. Know that, no matter what you are going through, there is a higher power that looks beyond your faults and see your needs," he said.

heartthreads on Snapchat
Watch this Story!