After Mason Doherty, a high school basketball player with Down syndrome, nailed a buzzer-beater, both teams rushed onto the court to celebrate with him. 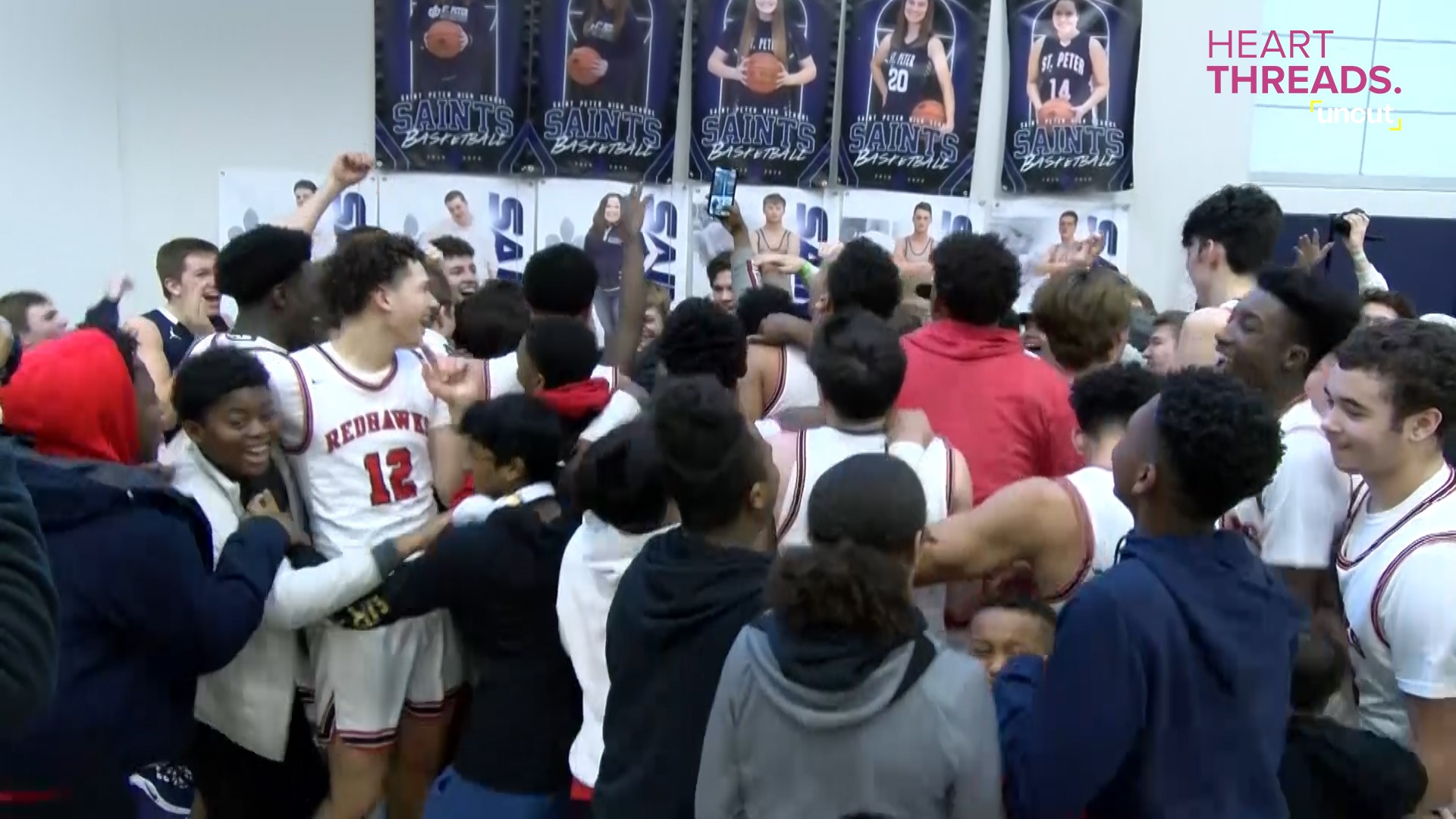 ST PETER, Minn. — The exciting moment came in the final seconds of a high school basketball game in Minnesota: Mason Doherty, a player with Down syndrome at St. Peter High, caught the ball and fired a 3-point shot. Moments later, he nailed a 2-pointer as the buzzer sounded.

The entire gym erupted in cheers. In an amazing show of sportsmanship, players from both teams ran to the court and formed a circle around him to celebrate.

Mason came off the bench late, and St. Peter High lost the game, but Mason's last-minute shots created an unforgettable moment for everyone.

"This is what sports is about! We’ve had a lot of good plays this season and I’ve seen even more from other teams. But this here, nothing this season tops what my guy Mason did today," Jalen Suggs, the star player of the opposing team Minnehaha, wrote on Twitter after the game.

The celebration brought Mason's dad Darin Doherty to tears. "When the team that you are playing against is a nationally ranked team, to see those guys who are phenomenal basketball players get out there and jump up and down with our team was pretty heartwarming," Darin said.

"He's definitely got his spot on the 3-point arc," said Darin. "He doesn't like a lot of contact, so he stays on the outside a lot."

Mason had been a member of the school's junior varsity team until the beginning of the year when his coach and teammates decided that he deserved a spot on the varsity team.

RELATED: Watch the touching moment this football player stunned his step-father by changing his last name

Mason's passion for basketball started in the driveway at home, where he used to shoot hoops for hours with headphones on. His basketball role model is the Golden State Warriors player Stephen Curry and he dreams of playing against him one day.

For Mason, basketball is not only a sport, but also a vehicle through which he connects with his peers.

"Kids with Down syndrome aren't always included in the social aspect of the world," Darin said. "Basketball offers a chance that he gets to be like a typical kid."

Mason's parents hope that he will develop the life skills needed to live an independent life.

"The magic of bringing everyone together, no matter what the score, is magical."

RELATED: Watch this father tear up listening to the heartbeat of his deceased son