Nextdoor neighbors chime in on the question "Do we still need an Electoral College?"

“I don’t think that people envisioned that we would be this polarized when it came to politics,” said Otis Sanford, Local 24 News political analyst and commentator. 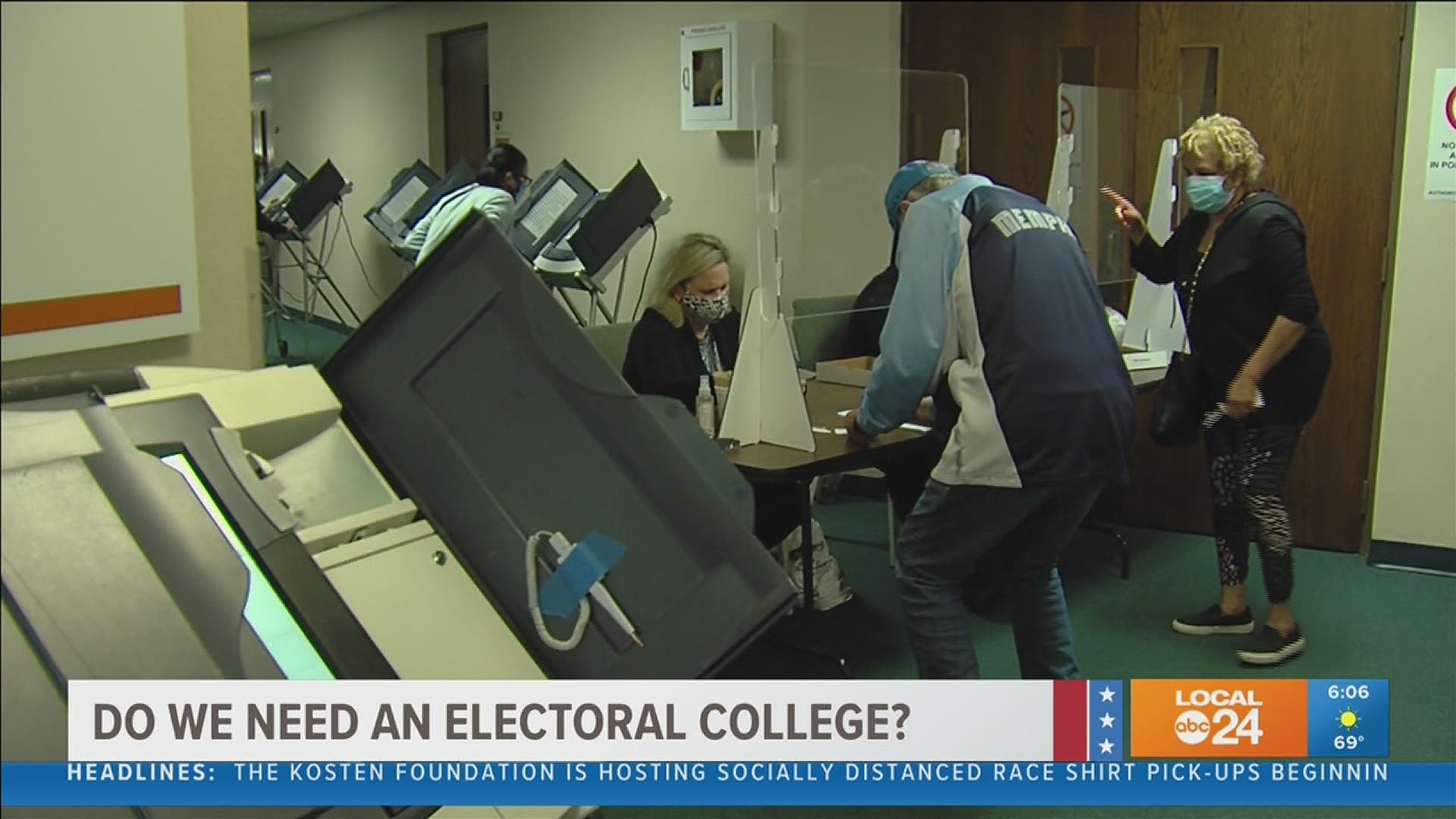 MEMPHIS, Tenn. — According to a Pew Research Center Survey, 58% of adult Americans say the Constitution should be amended so the Presidential candidate who receives the majority vote wins.

On the contrary, 40% say leave the final say to the Electoral College. We wanted to know what the Mid-South thinks.

"Do we still need an Electoral College?"

Local 24 News Reporter, Brittani Moncrease, took the question to Nextdoor and our Political Analyst, Otis Sanford, weighed in. You may not know who they are, but their role has existed for centuries. As Local 24's Political Analyst and Commentator, Otis Sanford, explains the Electoral College was designed to keep heavily populated states from dominating elections.

“It is a group of people who are electors, so that when you go to vote for the president, you are actually voting for a group of electors who will represent the candidate that you’re choosing,” said Sanford.

The question has come up. "Do we still need an Electoral College?" We posted a poll on Nextdoor and the responses rolled in. Out of more than 1,100 votes, 49% said yes. Nearly 47% said no. The rest were unsure.

“I don’t know what the answer is. I’m not ready to say let’s scrap the Electoral College all together. There is something to be said for the popular vote winning,” said Sanford. “I don’t think that people envisioned that we would be this polarized when it came to politics.”

The Nextdoor votes are rolling in..."Do we still need an Electoral College?" We break down the history and current views on @LocalMemphis pic.twitter.com/NdGcXBMmit

Today, more people vote than when the Electoral College was formed.

“African Americans weren’t voting in any great degree. Women just got the power to vote in 1920,” said Sanford.

There's also been times when the Electoral College did not reflect the popular vote.

“It was a perfect storm for Donald Trump in 2016 to win those key states even though he lost the popular vote,” said Sanford. “People would say, ‘Well, my vote doesn’t count.’ I don’t agree with that. Every vote counts, but it would count even more if it were determined by the popular vote.”

Sanford also pointed out that this early voter turnout has been higher than usual particularly in the Memphis area. More than 200,000 thousand people have already cast their vote out of the 600,000 registered. 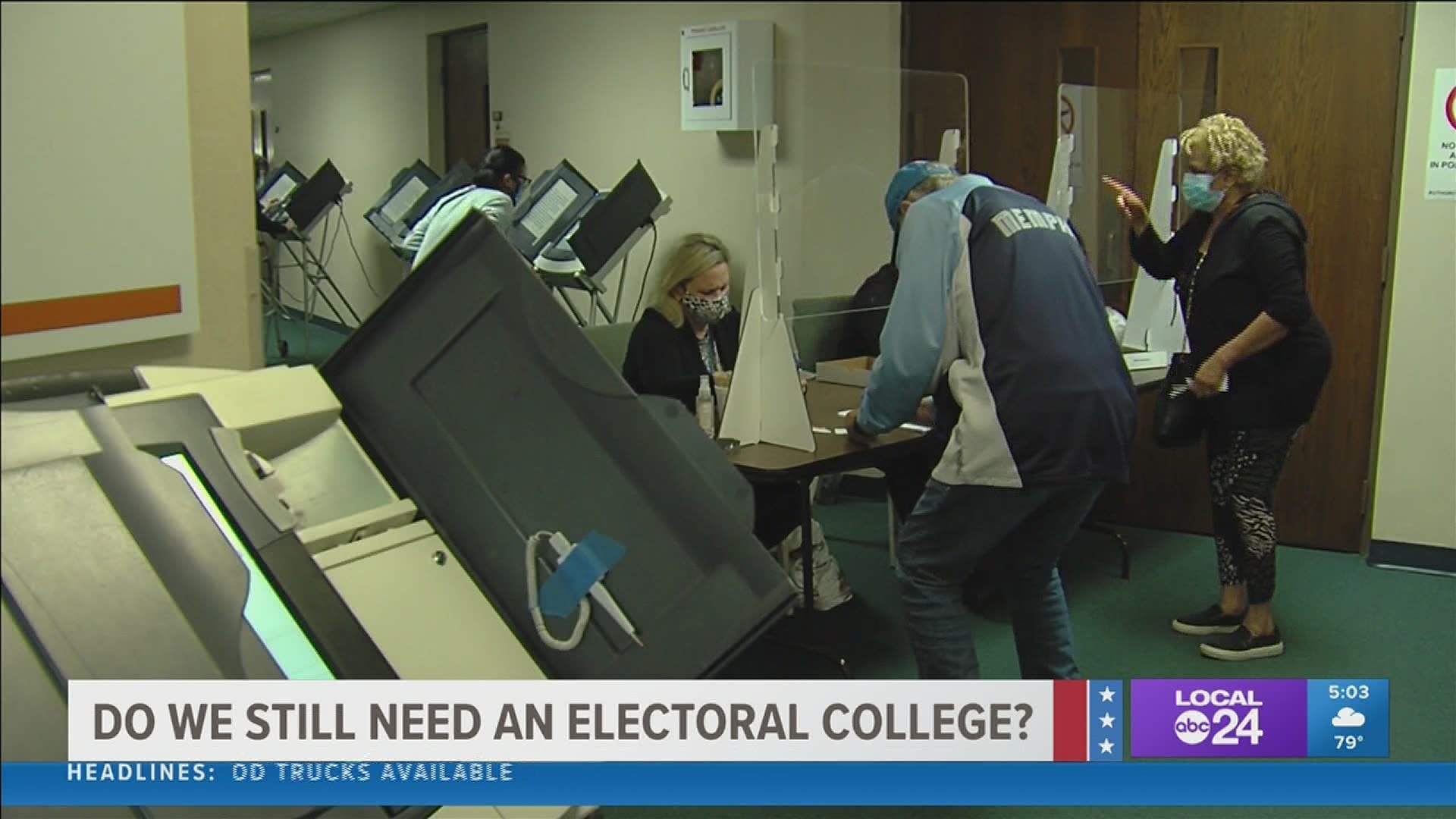