Efforts to stop the Byhalia Pipeline continue, some say it's "unneeded" 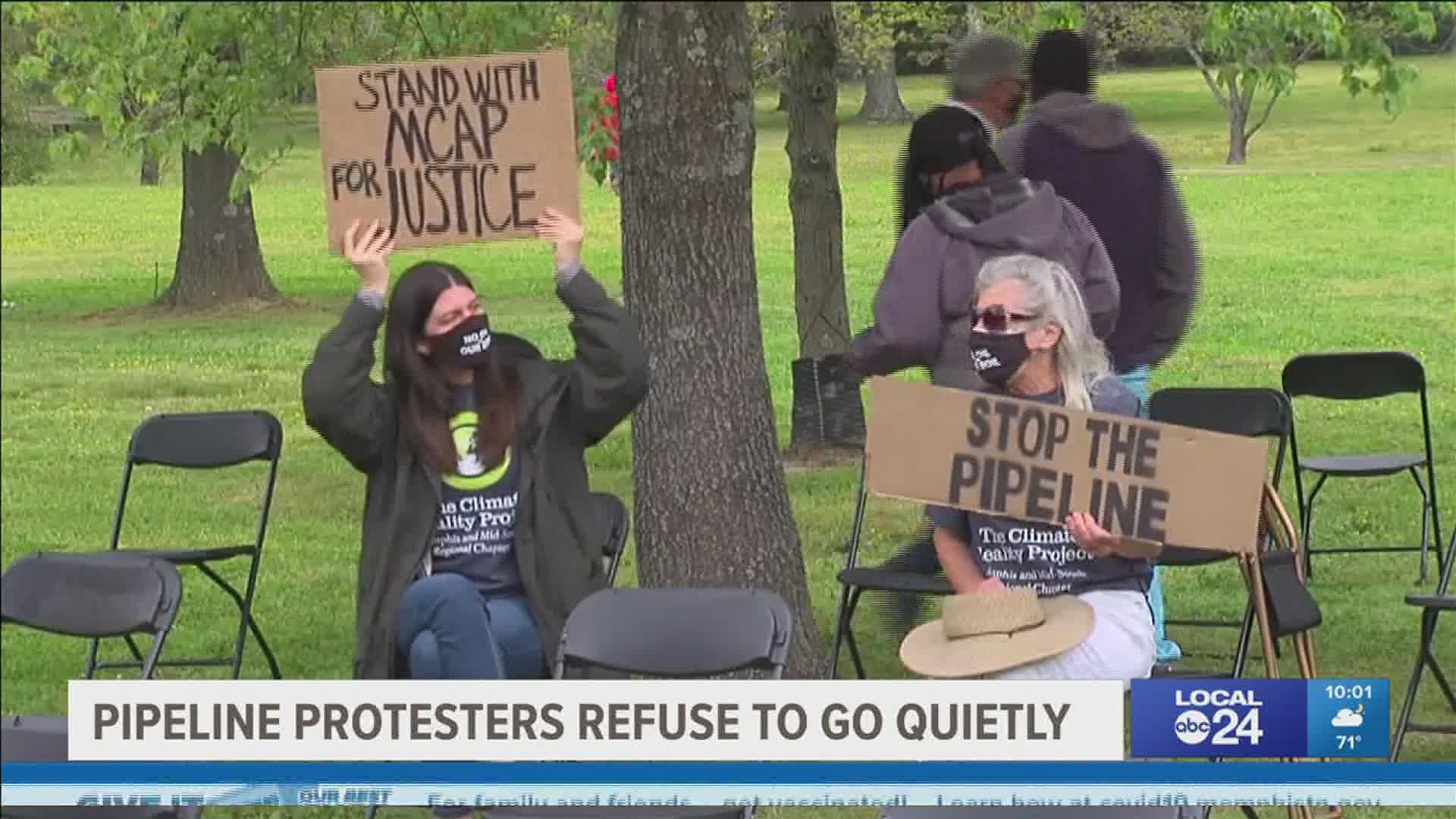 MEMPHIS, Tenn. — Boxtown and Westwood neighbors are continuing to put pressure on elected officials to stop the Byhalia Pipeline. Members of those communities rallied Saturday afternoon to continue bringing awareness to a potential health crisis that will affect many marginalized Memphis neighborhoods.

On Tuesday, the Memphis City Council is expected to vote on a city ordinance that would limit new pipeline projects with oil or "hazardous" liquids from being built or expanded within city limits.

Neighbors and critics, like Dr. Roz Nichols of Memphis Interfaith Coalition for Action and Hope are concerned if the pipeline project is approved by the Memphis City Council, it will contaminate the water in Memphis and parts of northern Mississippi.

"We will remain steadfast, unmovable, always abounding in the work of justice determined to save what is ours," Nichols said.

Nichols said the predominantly Black and low-income communities that would be affected will not back down to the oil companies.

The Southern Environmental Law Center sent a letter to the state of Tennessee on Thursday urging them to stop the Byhalia Pipeline claiming it's "unneeded." It further claimed the Byhalia Pipeline did not disclose the existence of the Collierville Connection Pipeline, which would eliminate a need for a new one.

"If the company had disclosed the Collierville Connection Pipeline, the Tennessee Department of Environment and Conservation (TDEC or Department) would have been required to evaluate it as an alternative to the construction of the Byhalia Connection Pipeline because the use of an existing pipeline or pipeline route has the potential to avoid and minimize new impacts on waters of the State, including streams, wetlands, and groundwater," The Southern Environmental Law Center stated in the letter. "Use of an existing pipeline would also avoid impacts on residents along a new path."

Neighbors said they will not stop fighting for justice and a quality of life they think everyone deserves.

"This fight is not over by a long shot!" Boxtown neighbor Batsell Booker said.