NASA is working on quieting the big, annoying sounds of sonic booms. 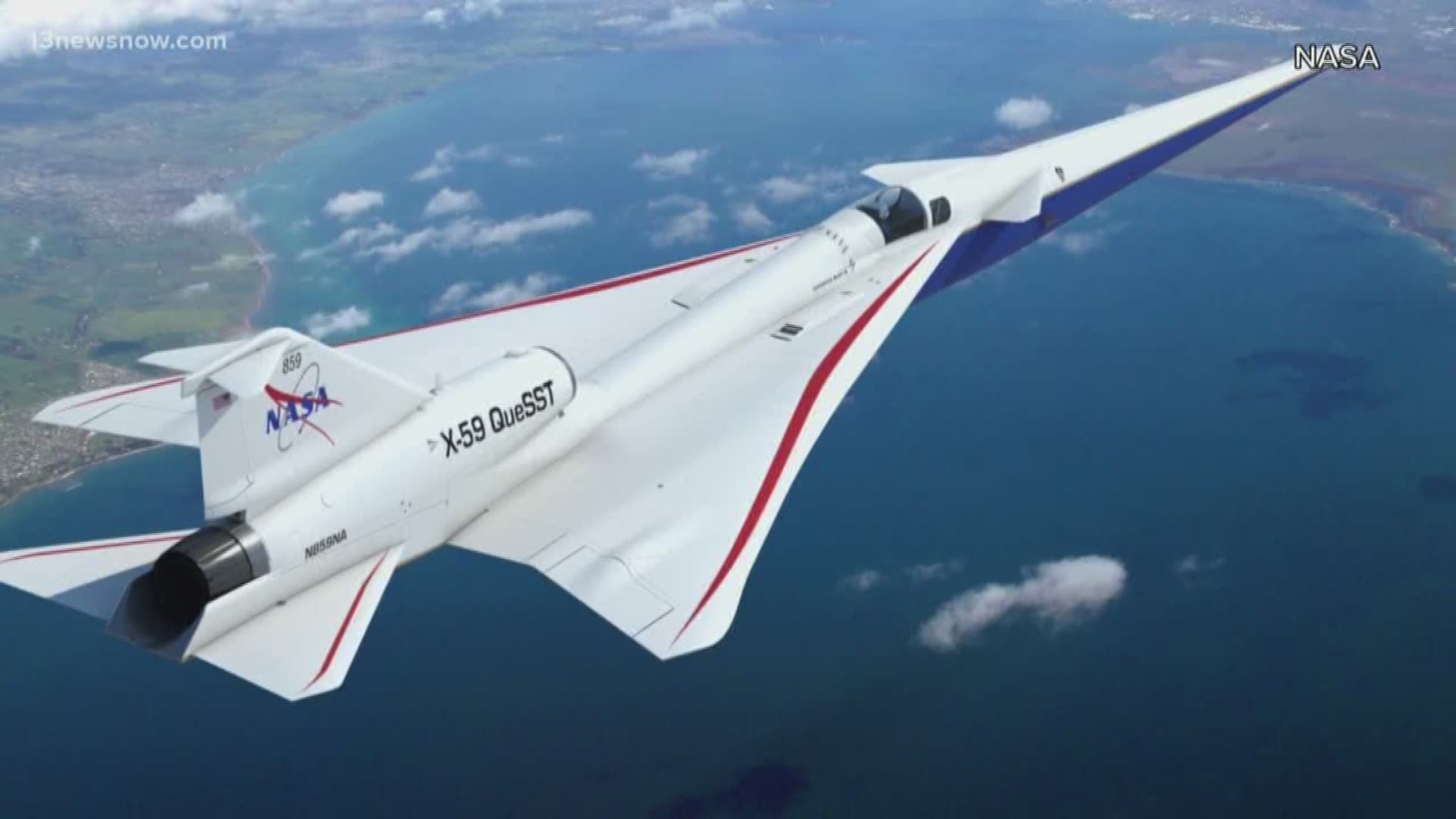 HAMPTON, Va. — NASA is working on an experimental piloted aircraft designed to fly faster than sound—without producing the annoying, if not sometimes alarming sonic booms.

The X-59 QUESST, short for Quiet SuperSonic Technology, could be a game-changer when it comes to air travel.

NASA engineers want to travel faster than the speed of sound but there's one thing standing in their way.

"A sonic boom is the sound of a shockwave when something travels faster than the speed of sound. It could be an aircraft, a supersonic bullet or even the tip of a whip when a whip is cracked or when a meteor is entering the atmosphere."

Jonathan Rathsam, a research aerospace engineer, wants people to imagine a watercraft, "a good way to think about it is like a boat moving through the water."

Boats create a "V" shape in the water as they travel.

Rathsam says "a sonic boom is quite similar, it comes off the tip of the aircraft but it's 3D" so it's more like a cone than just a "V."

"A shock wave means that the air can't react fast enough for this object that's moving so fast," the pressure release creates the loud boom.

Engineers are trying to decrease the disruptive boom with an aircraft. "It creates a different type, a lower, much quieter type of sound that we're calling a 'sonic thump.'"

This technology would make cross-country and international travel better for those on the ground and in the air by making it faster and quieter.

RELATED: SCIENCE BEHIND: How Planes Fly

RELATED: SCIENCE BEHIND: Why do the leaves change colors in the fall?

RELATED: SCIENCE BEHIND: Colors of the fall leaves

RELATED: SCIENCE BEHIND: What happens when a star gets too close to a Black Hole?