The rotocraft's goal is to lift 10 feet in the air and hover for up to 30 seconds above the Martian surface. 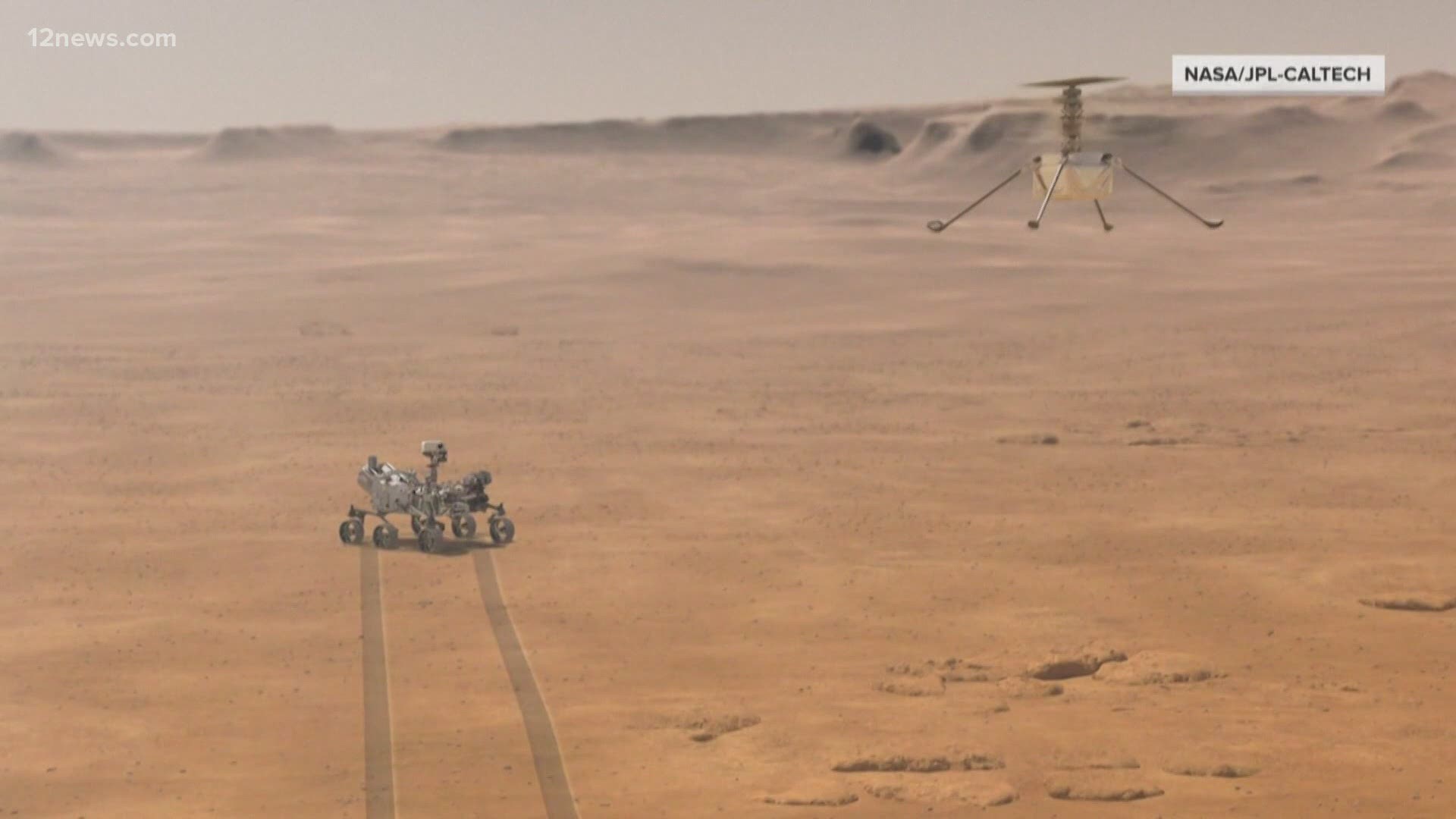 NASA is ready to once again make history as its Mars helicopter prepares to make the first-ever attempt at a powered flight on another planet.

The four-pound rotorcraft that stowed away on the Mars Perseverance Rover when it touched down on the red planet was originally scheduled to take off on April 11.

However, NASA says it most recently identified a software issue that will take several days to fix. It might not be until the week of April 18-24 before it takes flight.

The delay follows one announced in recent days.

"During a high-speed spin test of the rotors on Friday, the command sequence controlling the test ended early due to a 'watchdog' timer expiration," NASA said on its website Saturday. "This occurred as it was trying to transition the flight computer from ‘Pre-Flight’ to ‘Flight’ mode. The helicopter is safe and healthy and communicated its full telemetry set to Earth."

#MarsHelicopter 1st flight attempt delayed to no earlier than April 14

During the high-speed spin test, the sequence ended early during the transition from "preflight" to "flight" mode. The helicopter is safe & healthy. The team is diagnosing the issue. https://t.co/ysnZzKR7qM pic.twitter.com/lP3NrIvGBs

When Ingenuity is ready to take flight, its goal is to head 10 feet into the air above the Martian surface of Mar's Jezero Crater and hover for up to 30 seconds.

But due to the planetary distance, NASA says mission control specialists at its Jet Propulsion Laboratory won't receive the first of flight data until hours after Ingenuity's test flight.

“While Ingenuity carries no science instruments, the little helicopter is already making its presence felt across the world, as future leaders follow its progress toward an unprecedented first flight,” said Thomas Zurbuchen, associate administrator for science at NASA Headquarters.

The upcoming flight attempt is "high-risk, high reward" for NASA as it has a limited mission duration of 31 Earth days.

Not to mention, a successful test flight could benefit future exploration of Mars by astronauts, according to the space agency. Plus, Ingenuity is the first aircraft humanity has sent to another planet to attempt such a feat.

Ingenuity's upcoming flight will be autonomous since the 173-million mile gap between the two planets comes with the hurdle of radio signals taking a little more than 15 minutes to reach the rotorcraft.

"It’s also because just about everything about the Red Planet is demanding," NASA JPL wrote.

Prior to flight, Ingenuity will undergo a range of preflight checks from blade-wiggles to measuring the orientation of the helicopter. Then, if everything checks out, Ingenuity will configure its blades and spring to life on Mars.

Imagery is expected to be captured during the history-making moment and sent back to mission control in Southern California.

“The Wright brothers only had a handful of eyewitnesses to their first flight, but the historic moment was thankfully captured in a great photograph,” said Michael Watkins, director of JPL. “Now 117 years later, we are able to provide a wonderful opportunity to share the results of the first attempt at powered, controlled flight on another world via our robotic photographers on Mars.”

✅Take off
✅Climb to an altitude of 3 meters
✅Hover in place for 30 seconds
✅Land @NASAJPL Ingenuity chief pilot Håvard Grip explains step-by-step how the first test flight of the #MarsHelicopter will go: pic.twitter.com/VQLoS1HxIl

Here are five key facts to know about Ingenuity: