Tennessee astronaut reflects on lessons learned while isolated in space

Captain Barry “Butch” Wilmore faces a new mission, working from home. But the NASA astronaut is a professional at self-quarantine. He spent 178 days in space. 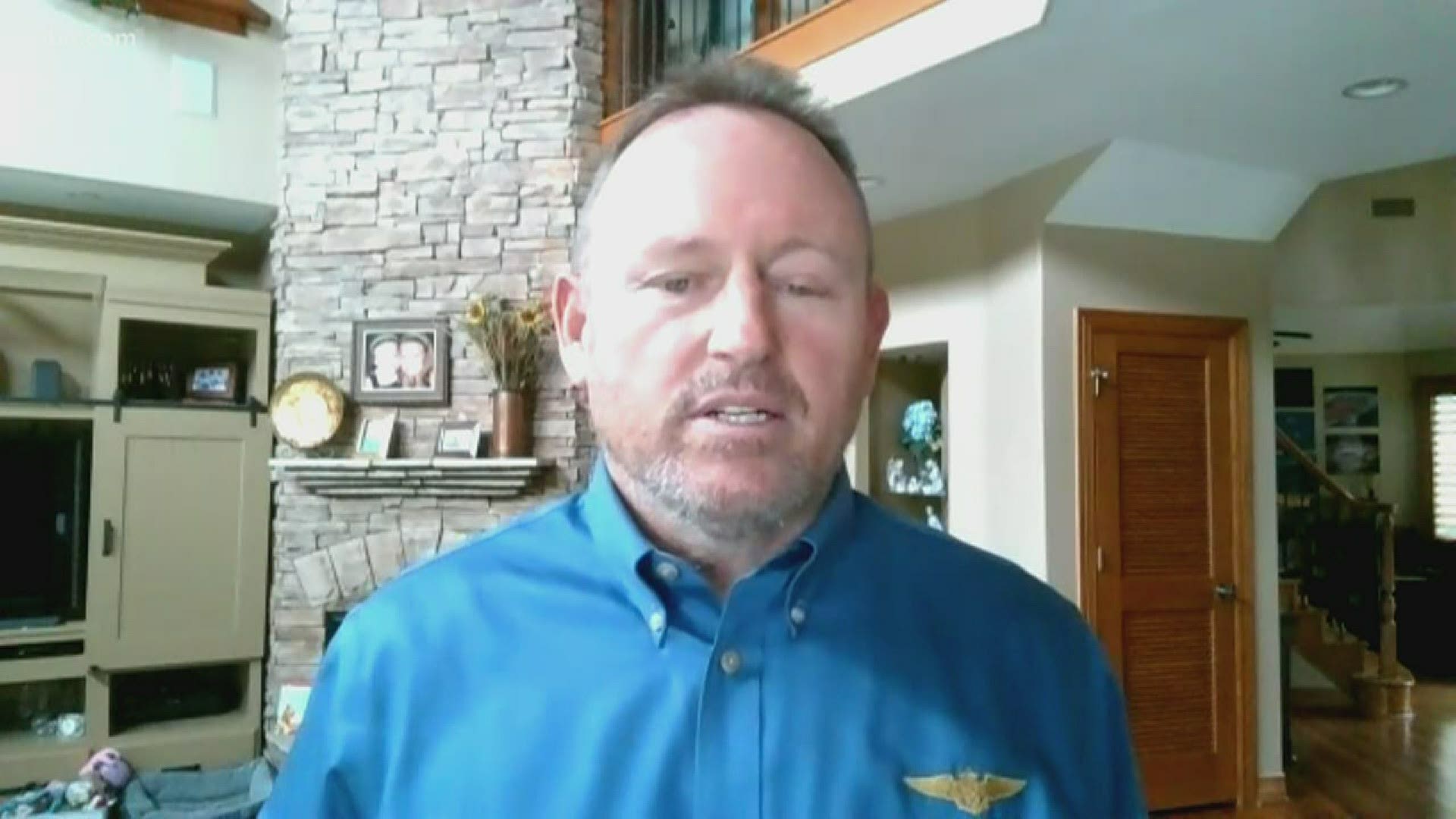 “It’s way different," he said. "Johnson Space Center, all of NASA is pretty much shut down. We’re all teleworking. So, everything I do is via the computer with our crew. I do still fly the T-38 with a small cadre of folks still looped in to fly, so I went in and flew this morning.”

The T-38 flight is really the only time he leaves his house. Wilmore and his wife homeschool their teenage daughters. Their family is used to being home, but they’re taking advantage of the additional “quality” time together.

“Honestly, it’s been great for us because we’ve done some things we’ve never done before,” said Wilmore. “For example, my oldest daughter likes theater, so we had theater night one night. We dressed up. She printed out little playbills and we went upstairs and watched a Broadway production on video.”

Social distancing and isolation are nothing new for the NASA astronaut and Navy pilot. He spent 6 months at the International Space Station and lived 2 years at sea during the Gulf War. He said that while cramped quarters and limitations can be stressful, it’s all about the person's mindset and keeping a good perspective on the situation.

“You click your mental switch and say, ‘Well if I can’t have it, I can’t have it. So be it. I’m not going to dwell on that, I’m going to enjoy what I have,’" he said. "When I was in space, I did flips and backflips every morning because I could. I’ve got like a 2-inch vertical jump here on earth, but in space, I was superman and just enjoyed what we had in that environment."

“We understand that God is in control in all things and God is in this, too,” said Wilmore.

During his last trip in space, Wilmore learned how to cut fellow astronaut Samantha Cristoforetti’s hair. That skill has proven beneficial during this quarantine.

He’s keeping his skills sharp, training for a potential third trip to the International Space Station as backup commander of the new Starliner spacecraft.

However, Wilmore said that his daughters aren't thrilled about a return mission to space.

“I don’t want him to go," Wilmore's youngest daughter said. "Because of course, I’ll miss him."

His next assignment here on earth was supposed to be to give the commencement speech at the University of Tennessee Mechanical, Aerospace and Biomedical Engineering graduation in May.

“I think they’re going to try to do virtual graduation and how that plays out, I’m not sure,” said Wilmore.  “I’d still give some type of commencement address probably standing right here, but wearing an orange tie. Something like that is in the works. We’ll see how it plays out.”

Captain Wilmore said his key message to graduating seniors is to remember one word: integrity. He said to always live your life with integrity.