"We see that a lot in many bridges, fatigue issues we have seen it other bridges," says University of Memphis engineering professor Adel Abdelnaby. 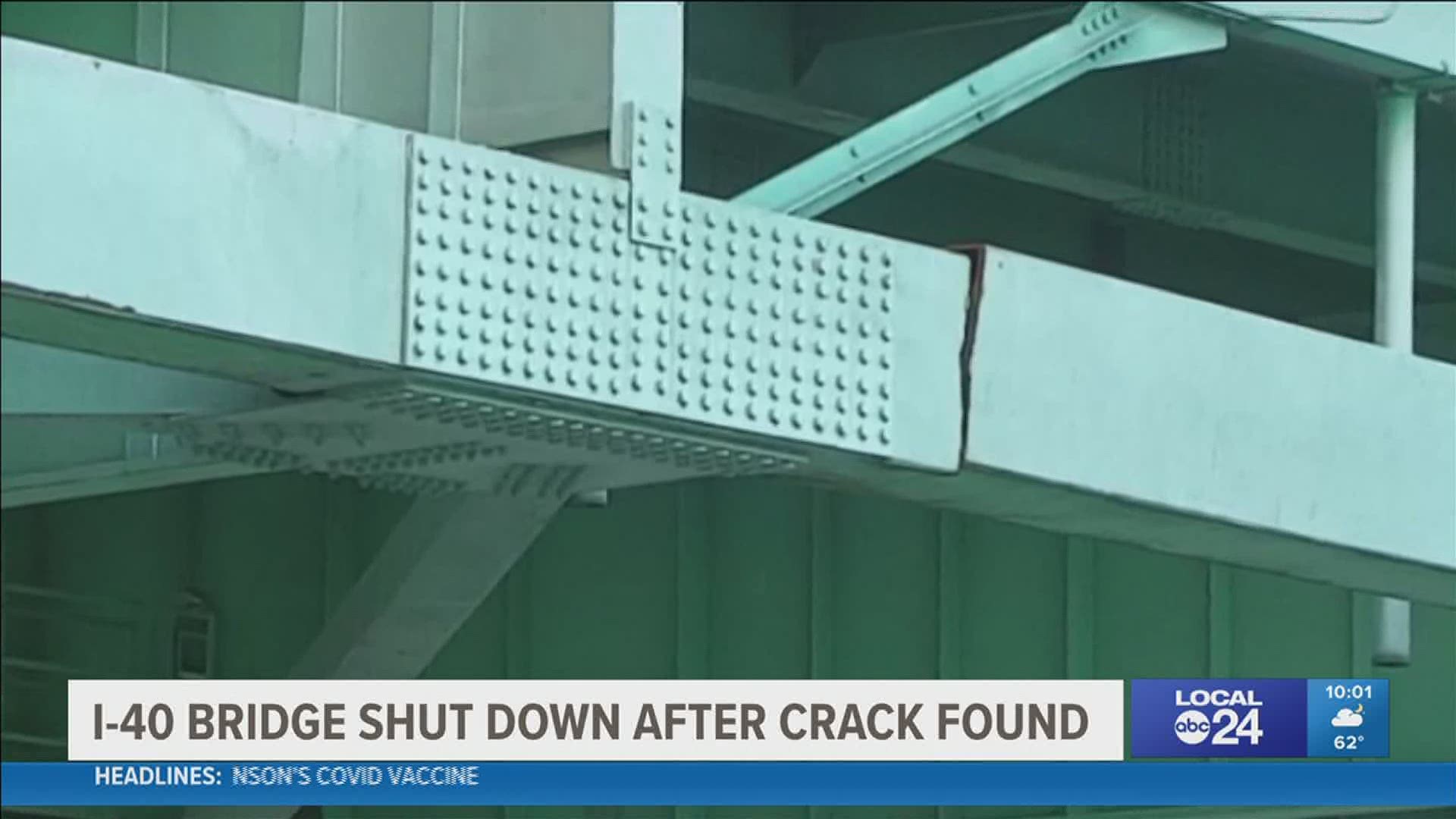 MEMPHIS, Tenn. — Arkansas Department of Transportation Director Lorie Tudor sums up the calamity that could have been caused had a routine inspection by contractors not turned up this cracked steel beam in the I-40 Hernando de Soto bridge Tuesday.

"This fracture had the potential of becoming a catastrophic event that was prevented by our staff's diligent effort to managing our bridge inspection program," said Tudor.

"We see that a lot in many bridges, fatigue issues we have seen it other bridges. The gusset plate. We saw it in Minnesota," said Abdenaby.

The I-35 bridge in Minnesota collapsed during evening rush hour on August 1, 2007 killing 13 people and injured at least 145. That bridge opened in 1967 just a few years before the I-40 bridge and was deemed a catastrophic failure after a metal gusset ripped and tension from traffic caused the bridge to give in.

"So, the problem with the tension with steel and metal in general is when you keep subjecting metal to tension for many cycles --you know for millions of cycles, you know trucks are driving all the time-- there is something called a fatigue issue. It starts to crack with time. It can take 10 years, 50 years, it can take 100 years depending on how many cycle and the amount of local traffic," said Abdelnaby.

A research project funded by TDOT between 2015 and 2017 placed sensors on the bridge to track its movement and shaking to show tension, but Adbelnaby says a fracture like this one wouldn't be detected by the sensors.

He demonstrates the familiarity with such issues with steel structures like the I-40 bridge.

"I usually show that to my students, when you have a truck on top, just imagine that's the trush and that's the bridge deck on top, so when every time a truck passes by it bends. It creates tension at the bottom and compression at the top when that happens," explained Abdelnaby.

Abdelnaby says the fatigue is often a sign your bridge is old and should the crack in the I-40 bridge turn out to be fatigue failure, he says it could take some time to repair.