The Tennessee Department of Transportation said the interstate shooting was at Mile Marker 1 about 3:45 p.m. 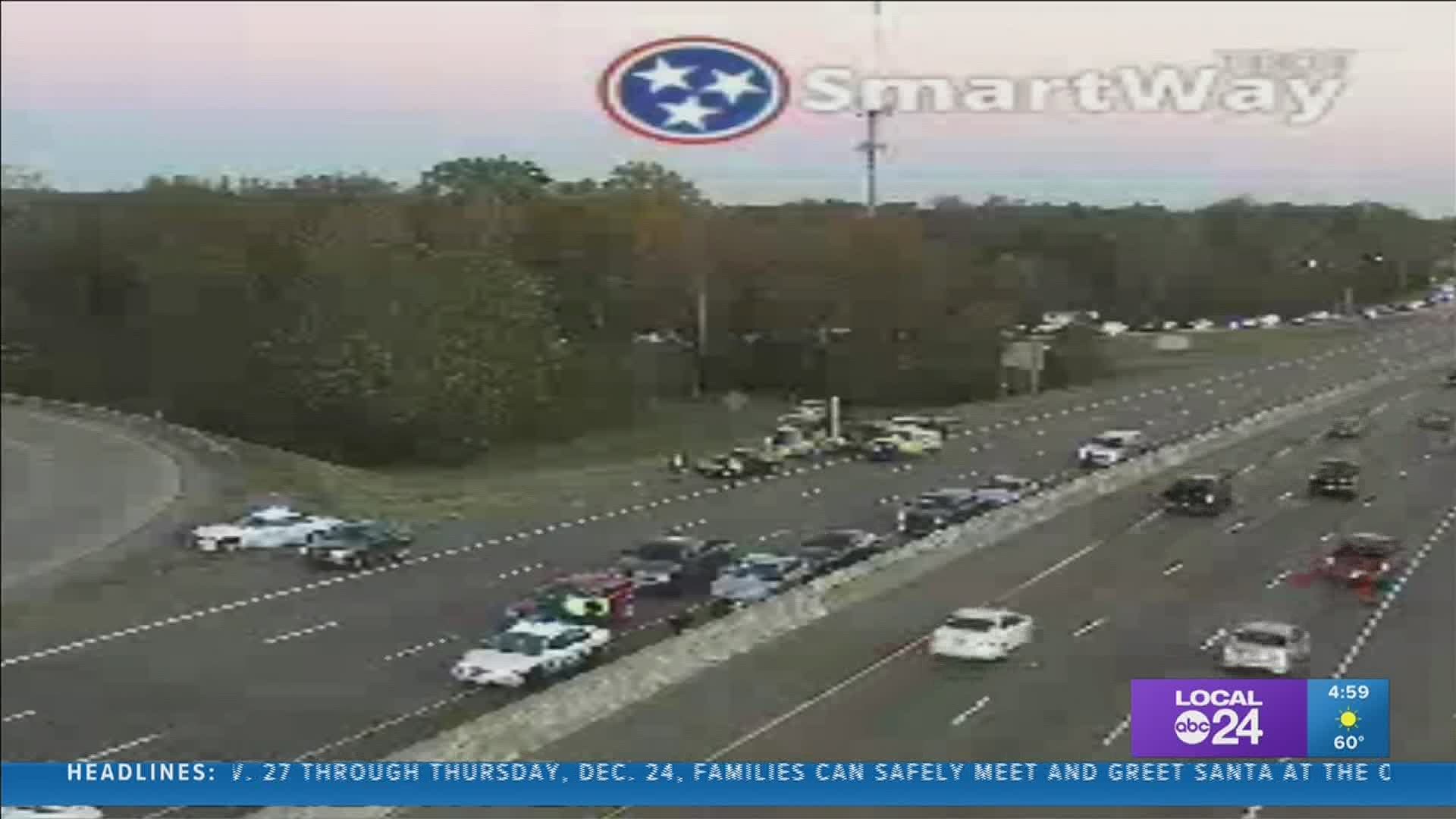 The Tennessee Department of Transportation said the interstate shooting was at Mile Marker 1 about 3:15 p.m. Two left lanes westbound were blocked as police are investigating what happened.

MPD said Ridgeway and Mt. Moriah Station officers responded to a shots fired on the interstate in the area of 385 and Ridgeway. They said several people called, saying someone in a black vehicle (possibly a Dodge Charger) was firing shots at a white vehicle.

There's no word if anyone was struck or injured.

Further information has not been released. Anyone who can help can call Crime Stoppers at 901-528-CASH.