Friday, the Coast Guard said barges and boats are once again on the move. 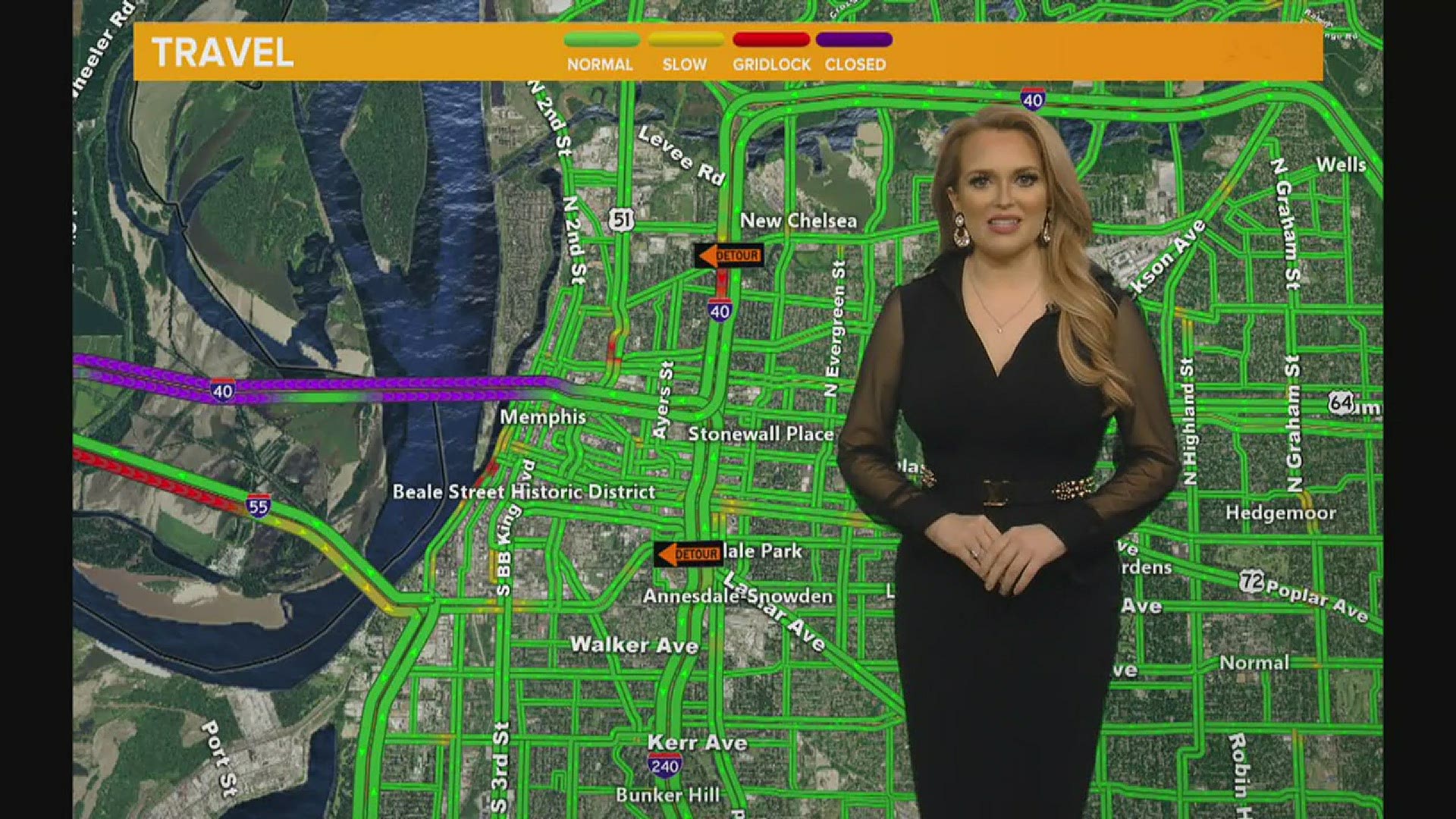 MEMPHIS, Tenn. — 5/14/2021 - (TENNESSEE DEPARTMENT OF TRANSPORTATION NEWS RELEASE) - The Tennessee Department of Transportation (TDOT) and the Arkansas Department of Transportation (ARDOT) are working together to safely repair and reopen the I-40 Bridge over the Mississippi River as soon as possible. After three days of intense and thorough analysis, we have the following information to share.

(ARDOT NEWS RELEASE) - The Arkansas Department of Transportation (ARDOT) has confirmed that an image captured by an inspector’s drone video shows evidence of damage in the same area of the fracture which caused the Interstate 40 Bridge to be shut down earlier this week, according to agency officials.

In May 2019, a video shows the evidence of the damage on the lower side of the bridge. ARDOT is now investigating to see if that damage was noted in a September 2019 inspection report and, if so, what actions were taken.

A new webpage dedicated to this closure of the I-40 Mississippi River Bridge is available. You can also stay current on this issue by following @myARDOT on Twitter and explore using the hashtag #40MSRiverBridge. Find additional information at IDriveArkansas.com or ARDOT.gov.

(COAST GUARD NEWS RELEASE) - The Coast Guard lifted the waterway restriction from mile marker 736 to mile marker 737 on the Mississippi River, Friday, in the vicinity of the I-40 bridge in Memphis, Tennessee.

The waterway is now open without restriction to all vessel traffic. As of Friday, there were 62 vessels and 1,058 barges in queue.

"Based on information provided to us by the Tennessee Department of Transportation, the Coast Guard has determined that transit under the I-40 bridge is safe for maritime traffic," said Coast Guard Capt. Ryan Rhodes, Captain of the Port of Memphis. "We appreciate the cooperative efforts of both the Tennessee and Arkansas Departments of Transportation, as well as maritime port partners, to ensure the safety of our waterway."

Today the two transportation agencies have accomplished the following:

A new webpage, dedicated to this closure of the I-40 Mississippi River Bridge, is available and we have attached two new photos. You can also stay current on this issue by following @myARDOT on Twitter and explore using the hashtag #40MSRiverBridge. Find additional information at IDriveArkansas.com or ARDOT.gov.

ArDOT getting up close to show you the fracture on the I-40 bridge. And yes the worker was safely strapped in. Safety ALWAYS comes first. @#40MSRiverBridgeyou pic.twitter.com/GH23psGp4J

Today we have two new photos showing where the steel beam is still partially connected.

We have also launched a new webpage as a single place you can get all the info and another news release about what we accomplished today! https://t.co/dE4hyp2bgE pic.twitter.com/sn3elpfuMn