Vanecia Matthews was on her way home from a friend's house when she said the bridge nearly collapsed on her car. 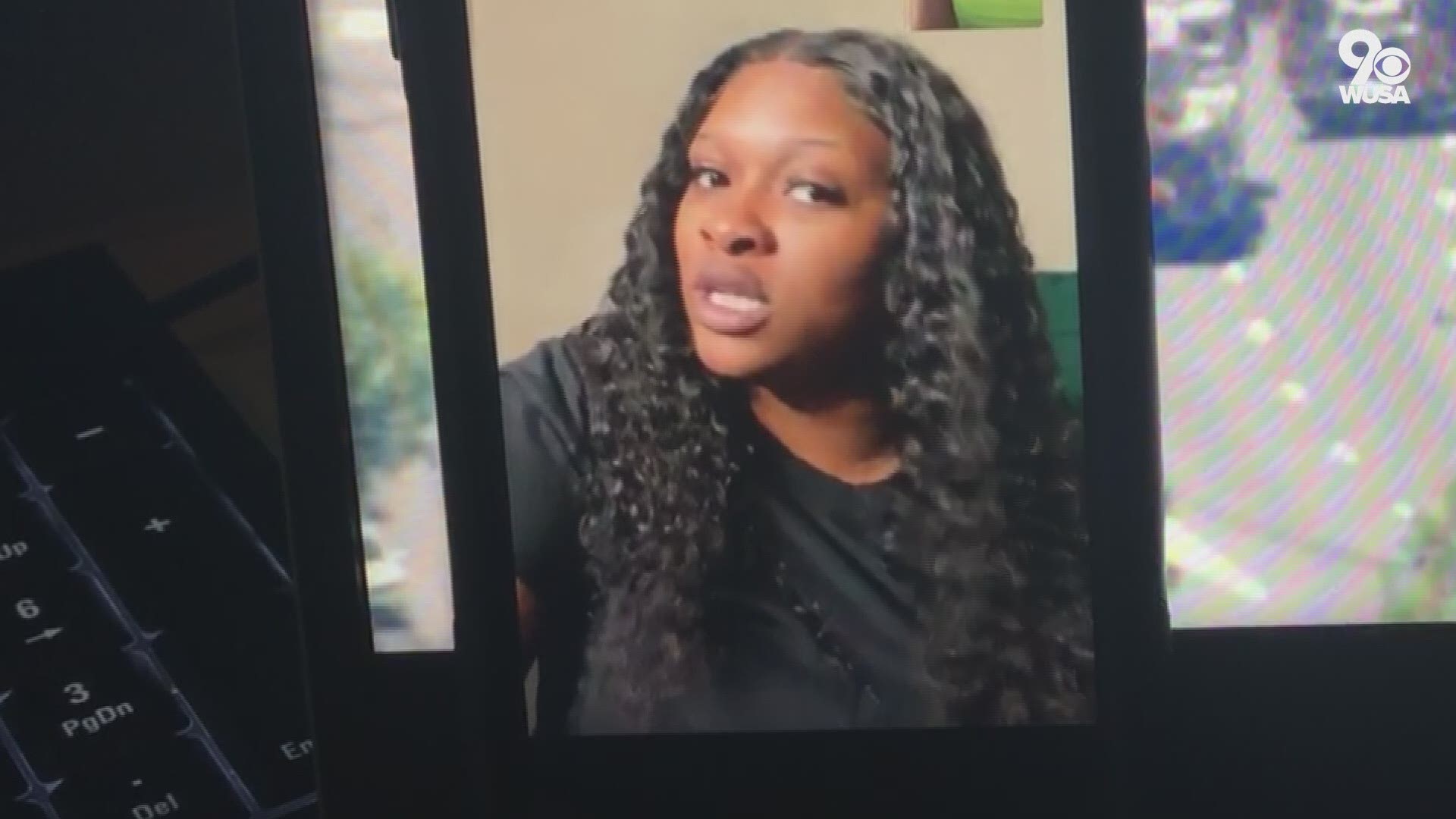 WASHINGTON — Six people are left injured after a collision caused a pedestrian bridge to collapse in Northeast, D.C. on Wednesday, DC Fire and EMS said.

The bridge — located at Kenilworth Avenue and Polk Street, Northeast — collapsed just before noon, according to authorities. D.C. Fire and EMS officials had to help people trapped in cars underneath the fallen bridge.

Vanecia Matthews was on her way home from a friend's house when she said the bridge nearly collapsed on her car.

“I feel like I would only see that in a movie. 'Final Destination,' literally," Matthews said.

As she was driving she noticed that a truck hit the bridge and the structure began to tumble. She came to a screeching stop in hopes of avoiding the collapse.

“All I could think about was a pileup, because like I said, 295 you're going fast, nobody's really going the speed limit. It’s the highway. So there is traffic behind us coming,” Matthews said.

She stopped just in time to avoid being trapped under the collapsed bridge and being rear-ended by the cars behind her. She was shaken up but ultimately left the scene with no injuries or damage to her car.

Officials said six people were checked out for injuries and five people were taken to a nearby hospital with non-life-threatening injuries, Deputy Mayor for Public Safety Chris Geldart said. DC Fire and EMS' hazmat unit was also at the scene to clean up a diesel fuel leak from a truck that was partially beneath the bridge.

WUSA9 was told the truck in question did fit underneath the bridge, but Geldart said, however, the back part may have not.

Matthews' version of what happened mirrors Geldart's assumption. She said the top covering on the truck was not closed and when the truck hit the bridge, the top latched on and dragged the whole thing down.

"That is an old bridge, but how strong was it that the truck was able to knock it down in a matter of nothing?" asked Matthews.

RELATED: Everything we know so far about the Northeast DC pedestrian bridge collapse

Infrastructure has been a key focus of the Biden administration.

President Biden is pushing a nearly $1 trillion plan that focuses on rebuilding roads. A bipartisan group of senators is eyeing an infrastructure deal with $579 billion in new spending as negotiators try to strike a deal on the president's top priority, according to those briefed on the plan.

“There are cars going under and people walking on top of it. It’s not safe at the end of the day. The streets are terrible, they need help. The potholes are still there. The city needs help, period,” Matthews said.

DC-295 is back open to traffic after debris had been cleared early Thursday morning, according to a tweet from the Metropolitan Police Department. The impact of the bridge collapse closed DC-295 in both directions with no access to US -50/ New York Avenue split to the I-695 interchange for hours Wednesday.

Alert: In reference to the Foot Bridge Collapse at DC-295 near Polk Street, NE ALL road closures are now OPEN.