The City of Germantown will replace some 30mph signs, but the default speed in neighborhoods is 25mph if a sign is not there. 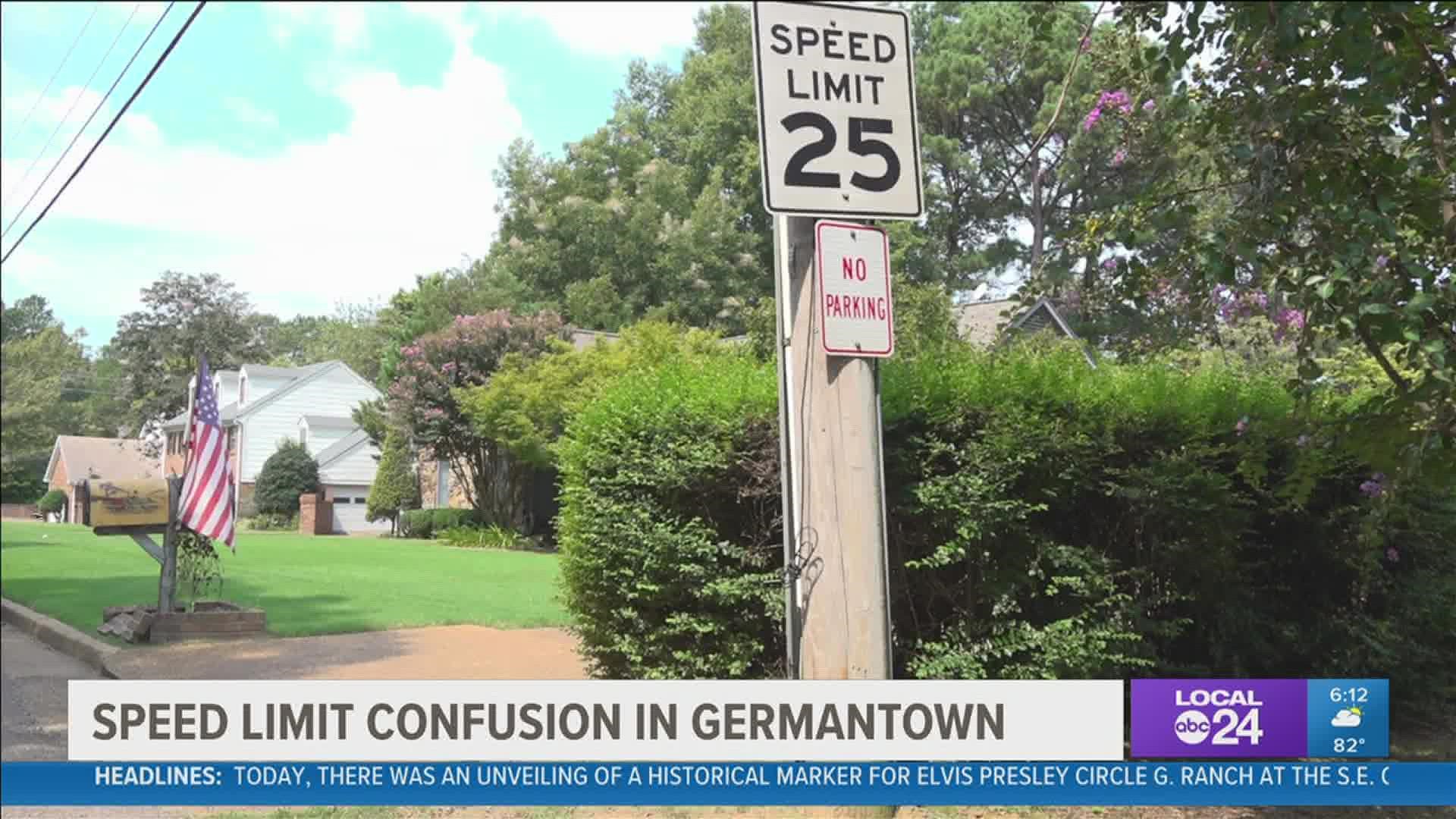 MEMPHIS, Tenn. — Pump your brakes. There is a new speed limit in town for Germantown.

But some drivers in Germantown said they are confused about how fast they can go after the city lowered the speed limit on some streets without updating the signs.

On June 28, the Germantown Board of Mayor and Alderman lowered the limit from 35mph to 25mph. While in effect on all side streets, not everyone has the memo.

On social media, confusion is driving faster than the new speed limit.

“The speed limit is whatever is posted,” said one Facebook member.

“I thought it was 25 only if there was no posted speed limit,” said a second Facebook member.

“I haven’t seen any new speed limit signs yet,” said a third member.

That may indeed be true as all new signs haven’t been posted yet.

The City of Germantown told us they will replace some 30mph signs, but the default speed in neighborhoods is 25mph if a sign is not there.

Germantown lowers its speed limits on side streets to 25mph, but not all signs have been replaced. What speed limit should you drive? Find out at 6pm on @LocalMemphis pic.twitter.com/9hbJDoPU1r

Mayor Mike Palazzolo said in a statement, “Our City takes great pride in public safety. This is another example of looking out for our families, children, cyclists, runners, and walkers throughout Germantown.”

Deputy Police Chief Rodney Bright followed up by saying, “We receive many complaints from our community related to speeding in these areas, and we respond with some directed enforcement efforts which may or may not be long lasting.”

Some streets won’t see any changes at all, such as Brierbrook near Neshoba Road. It will remain 30mph because it is considered a collector’s street.

In places where 30mph signs still stand, Germantown Police said they will not enforce the 25mph speed limit.

In the end, the goal is safety no matter how fast or slow it takes.