TBI said shortly after 7 p.m. Tuesday, Tennessee Highway Patrol trooper spotted a Chevy Tahoe on I-75 that was believed to be occupied by a man wanted for murder 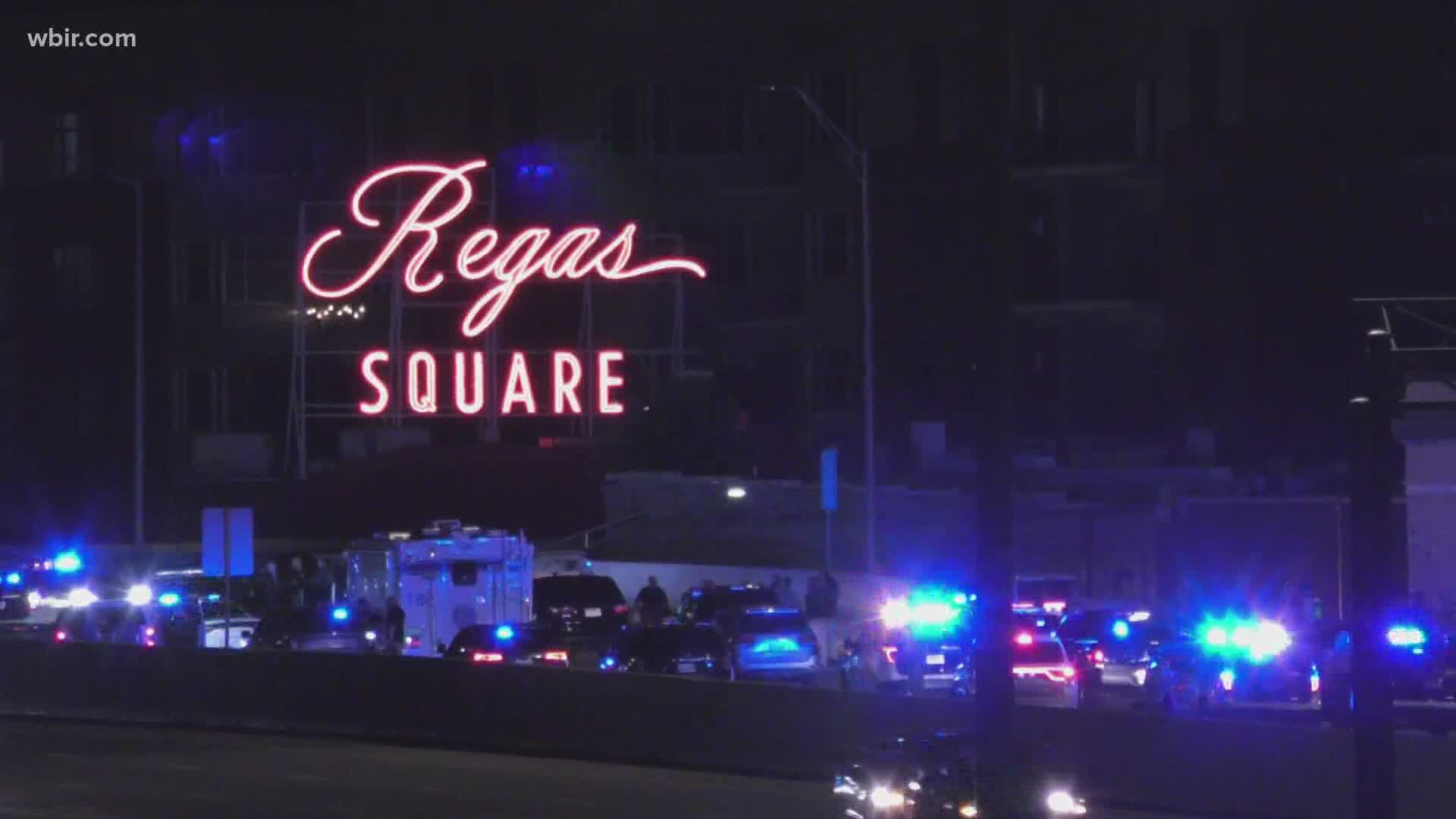 KNOXVILLE, Tenn. — UPDATE 3:30 Thursday The TBI has released the name of the man killed after a pursuit and confrontation with officers on I-40 near downtown Knoxville on Tuesday.

The man was identified as Cristhian Eliud Ramos-Murillo, but he has several aliases, including Christian Ramos Murillo. He was 32 years old.

Murillo was wanted for murder in North Lauderdale, Florida. According to authorities, Broward Sheriff's Office deputies responded to a shooting in the early morning hours of July 14 on Southwest 10th Court.

After the shooting, investigators said Murillo drove to a nearby house where he stole a gun and ammunition, then fled in a green Chevrolet Tahoe.

Detectives were able to track the Tahoe heading north through Florida and put out a BOLO (be on the lookout) to other departments.

That evening, around 7 p.m., a trooper with the Tennessee Highway Patrol spotted the Tahoe and attempted the traffic stop. Murillo refused to stop, and led troopers and Knox Co. deputies on a chase through Knoxville until the confrontation on I-40 in downtown Knoxville ended in gunfire.

It's about a twelve-hour drive from North Lauderdale, which is north of Fort Lauderdale in southeast Florida, to Knoxville.

UPDATE 4:30 PM Wednesday: The TBI has identified a 21-year-old man who was shot and wounded Tuesday night in a police chase and confrontation on Interstate 40 downtown.

Mario Enrique Mejia Moya, a passenger in the vehicle, is being treated at an area hospital. The extent of his injuries has not been made public.

The name of the driver of the Chevrolet Tahoe who was shot to death and was wanted in Florida on murder charges has not yet been released. Authorities still were trying to notify next of kin before releasing his name, according to the TBI.

UPDATE 8 AM Wednesday: The Tennessee Bureau of Investigation said one person is dead and another is in the hospital after an officer-involved shooting near downtown Knoxville.

TBI said shortly after 7 p.m. Tuesday, Tennessee Highway Patrol trooper spotted a Chevy Tahoe on I-75 that was believed to be occupied by a man wanted on murder charges in Florida.

Officials said they tried to stop the car on I-40 East near Watt Road but the driver refused to stop and troopers pursued them. Deputies with the Knox Co. Sheriff's Office joined the pursuit to assist.

Near Exit 388 in downtown Knoxville, troopers and deputies tried to force the Tahoe to stop and one of the people in the Tahoe fired shots at the officers.

According to TBI, a trooper and four deputies shot back hitting both people in the SUV.

Both suspects were taken to a local hospital, where one of them died and the other is still being treated.

TBI said one trooper and a deputy had minor injuries.

According to TBI, it is not releasing the name of the suspects.

The interstate through downtown was shut down during the investigation but was reopened by 6 a.m. on Wednesday.

We will keep you updated as we learn more.

ORIGINAL STORY: The TBI is investigating an officer-involved shooting on I-40 east near James White Parkway in downtown Knoxville.

Knox County dispatchers said they got a call about the shooting around 7:45. Witnesses in the area said they heard gunshots.

Information is very limited at this time, but a spokesperson said that troopers from the Tennessee Highway Patrol were part of a pursuit in the area at the time of the shooting. She said no troopers were injured.

MEDIA: TBI Agents are responding to the scene of an officer-involved shooting that occurred this evening on I-40 E, near James White Parkway in Knoxville.@TBILeslie will provide additional details once agents have an opportunity to gather preliminary information. pic.twitter.com/SSgPBTtC9W

I-40E is still shut down with a heavy police presence. THP will be diverting I-40 West traffic to I-640 West on the east end of town for approximately 2 hours. During this period, all on-ramps to I-40 West between I-640 and the incident site will be closed by KPD officers, according to TDOT. 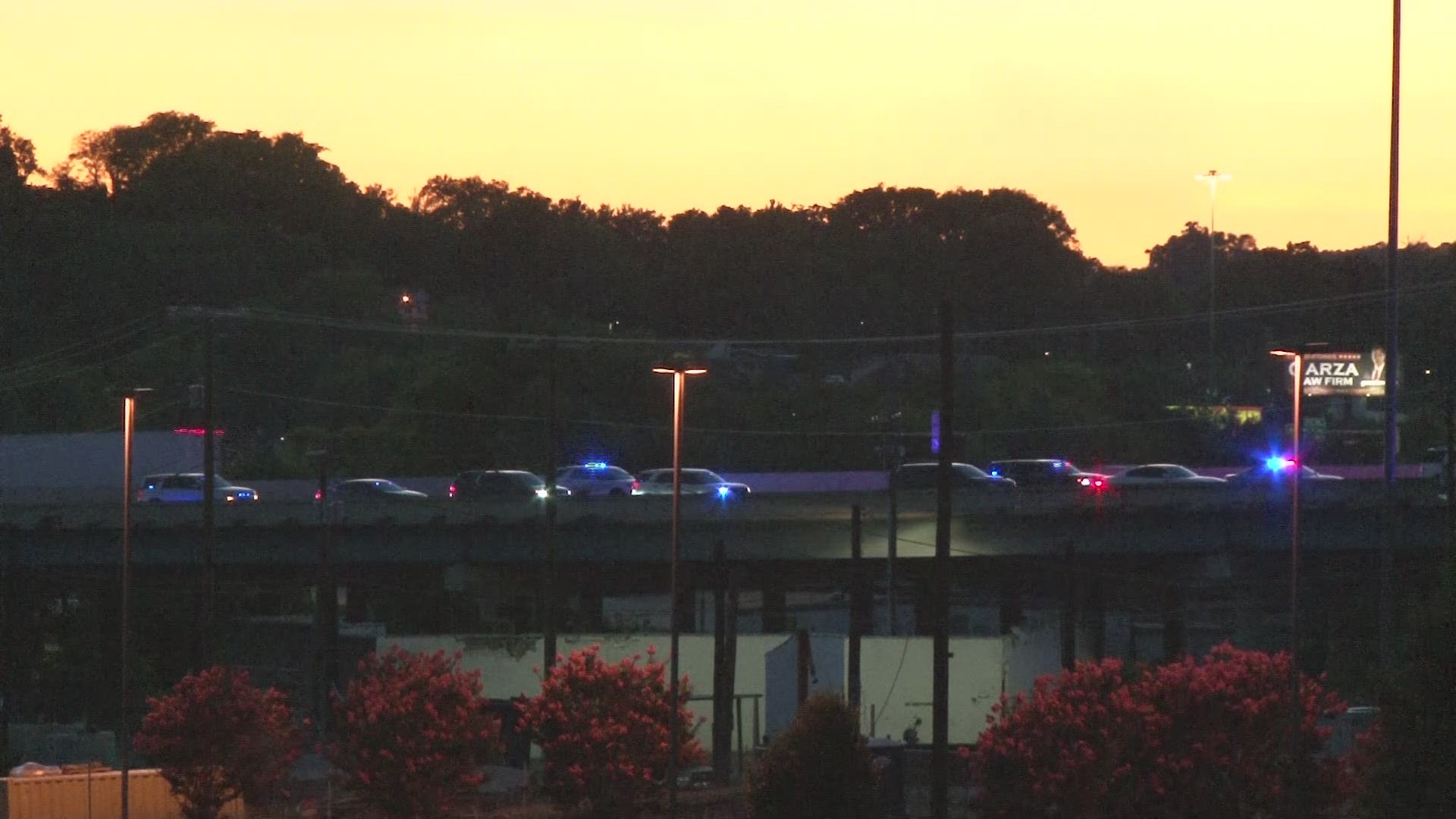 This is a developing story. This article will be updated as we learn more.

TBI crime scene investigators have arrived at scene. I-40 East in downtown Knoxville will likely be closed several more hours. @myTDOT HELP units, THP, and KPD units have closures in place on I-40 and several on ramps. No queue currently at any closure/diversion point. pic.twitter.com/tLRPbMxuo6