CAUGHT ON CAMERA: FedEx truck slams into bus in Knoxville, causes bus to crash into building

The Knoxville Fire Department said a crash sent a bus driver and a rider to the hospital with non-life-threatening injuries. 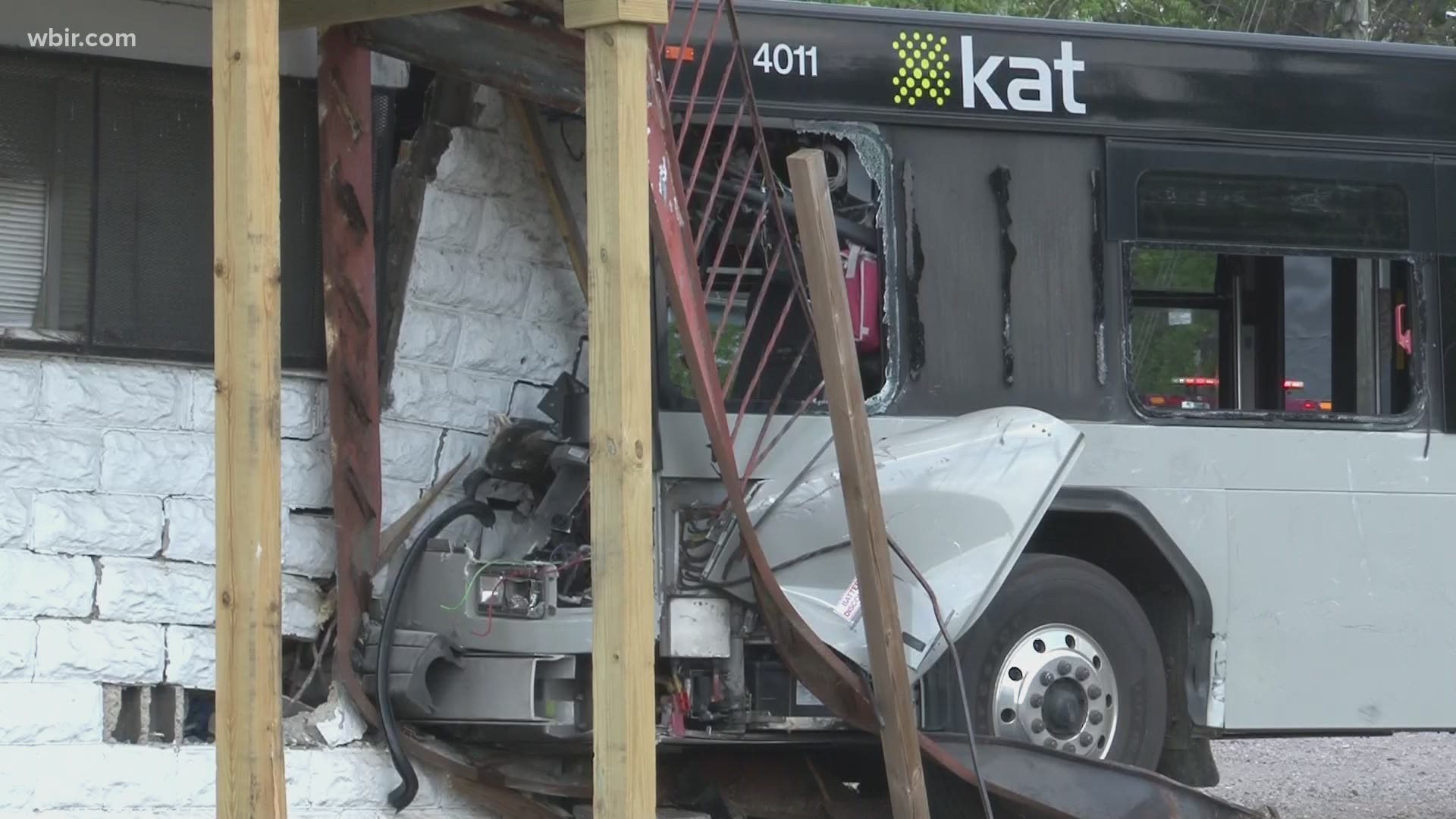 KNOXVILLE, Tenn. — Footage taken from Knoxville Area Transit cameras Wednesday shows the moment a FedEx truck crashed into the side of the bus before it went into a building in the Beaumont neighborhood.

The Knoxville Fire Department posted pictures of a crash involving a Knoxville Area Transit bus and a FedEx delivery truck Wednesday afternoon. According to the Knoxville Police Department, the bus driver and one rider were sent to the hospital with non-life-threatening injuries.

The pictures showed a KAT bus with the front end smashed through the side of a building around 2:50 p.m., damaging brickwork and destroying an outdoor stairwell to the top floor. They also showed a FedEx truck with a damaged front-end after hitting a pole.

Authorities later released video footage of the crash from cameras equipped inside and outside of the bus:

KFD said the crash happened at the intersection of Johnston Street and Tennessee Avenue in the Beaumont neighborhood.

According to KPD, witnesses said the FedEx truck was traveling east on Tennessee Avenue and failed to yield the right of way at a stop sign, turning left onto Johnston Avenue as the bus made its way north down the road.

According to the crash report, the bus tried to swerve to the right to avoid hitting the truck, but was unable to before colliding into it.

The report said the driver of the truck, identified as 33-year-old Jeremy Scott, was not restrained and fell out of his vehicle through the open driver door. In parts of the video, a man can be seen falling out of the truck just inches from the moving bus.

The bus then rolled onto the sidewalk before crashing into the side of a house. The bus exterior camera footage cuts out at the moment it made impact.

The truck continued rolling before crashing into a utility pole.

The bus driver and a passenger were taken to UT Medical Center with non-life threatening injuries, KPD said. The driver can be heard briefly in the video following the crash asking someone if they had a phone to call authorities.

The driver of the FedEx truck was not hurt.

KPD said two people inside the building the bus crashed into had to be taken out by fire personnel using a ladder because the bus destroyed stairs leading to the top floor.