A bus shuttle service is reportedly being worked out between Memphis & West Memphis as repairs continue on the I-40 Hernando de Soto bridge. 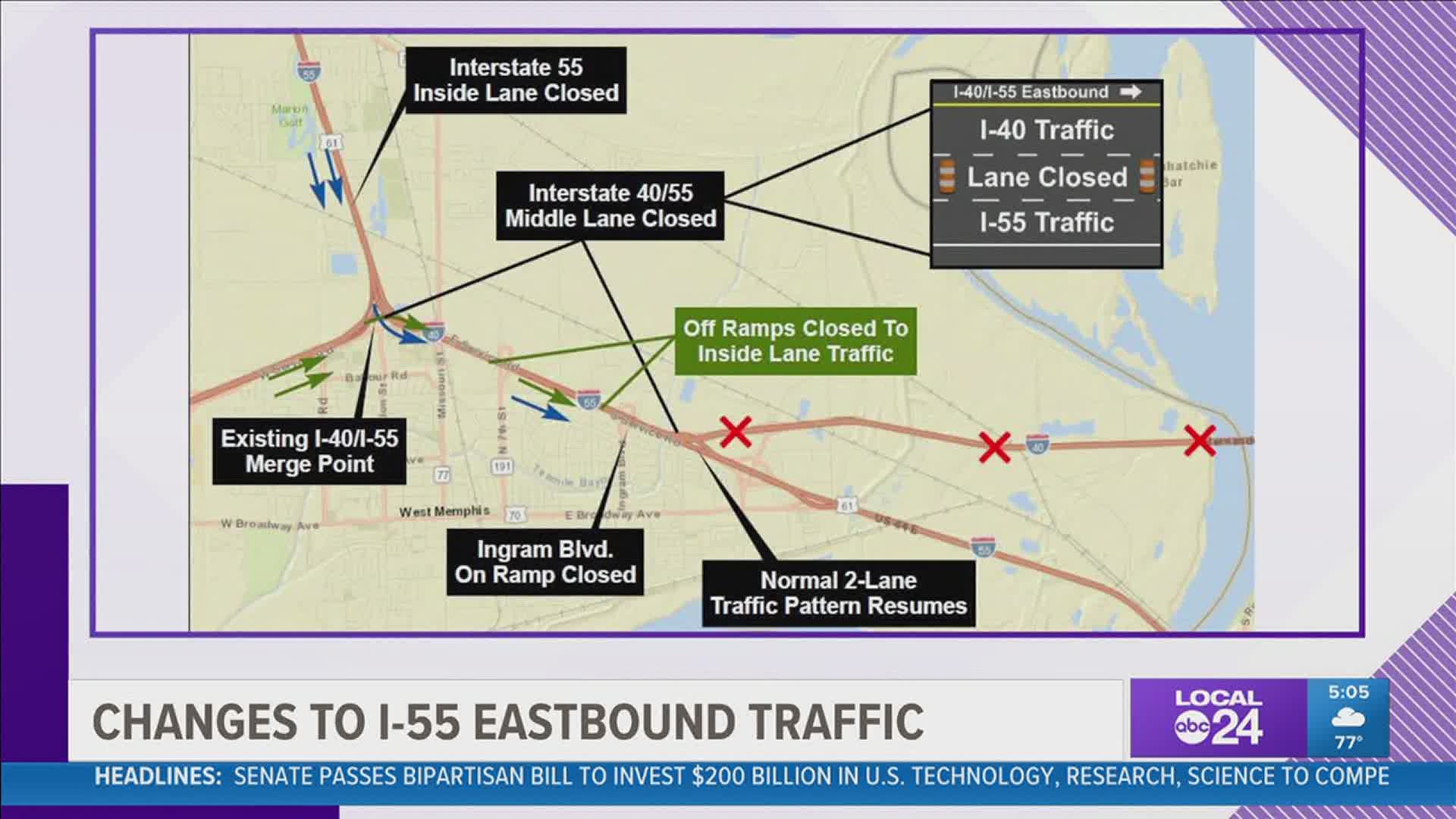 MEMPHIS, Tenn. — A bus shuttle service is in the works between Memphis and West Memphis, Arkansas, as repairs continue on the I-40 Hernando de Soto bridge.

The goal is to help ease the flow of traffic on the I-55 bridge as commuters work to get back and forth daily.

The following are traffic changes from ARDOT:

Here is some of the latest on the repairs to the fracture on the I-40 bridge from the last update from TDOT on Monday:

Here's some of what is happening this week:

In-depth inspections of the bridge are also happening. So far, there is nothing of concern. However, if any issues are found during the repairs, it could affect the bridge's opening date. The safety of the workers and the public is our number one priority.

All interstate traffic in the Memphis area is being diverted to I-55. We plan to add a lane to the I-55 southbound ramp to help alleviate some congestion and advance flow through the Crump Interchange. Crews will begin the paving and restriping this week as the weather allows.

When a crack shows up in a major bridge, lives and livelihoods are at risk. Appreciate all of the work being done to get the Hernando de Soto bridge up and running safely again. pic.twitter.com/Hv9U4LoNDj