The Tennessee Department of Transportation conducted a feasibility study in 2006 and it shows a new bridge could cost at least $449 million. 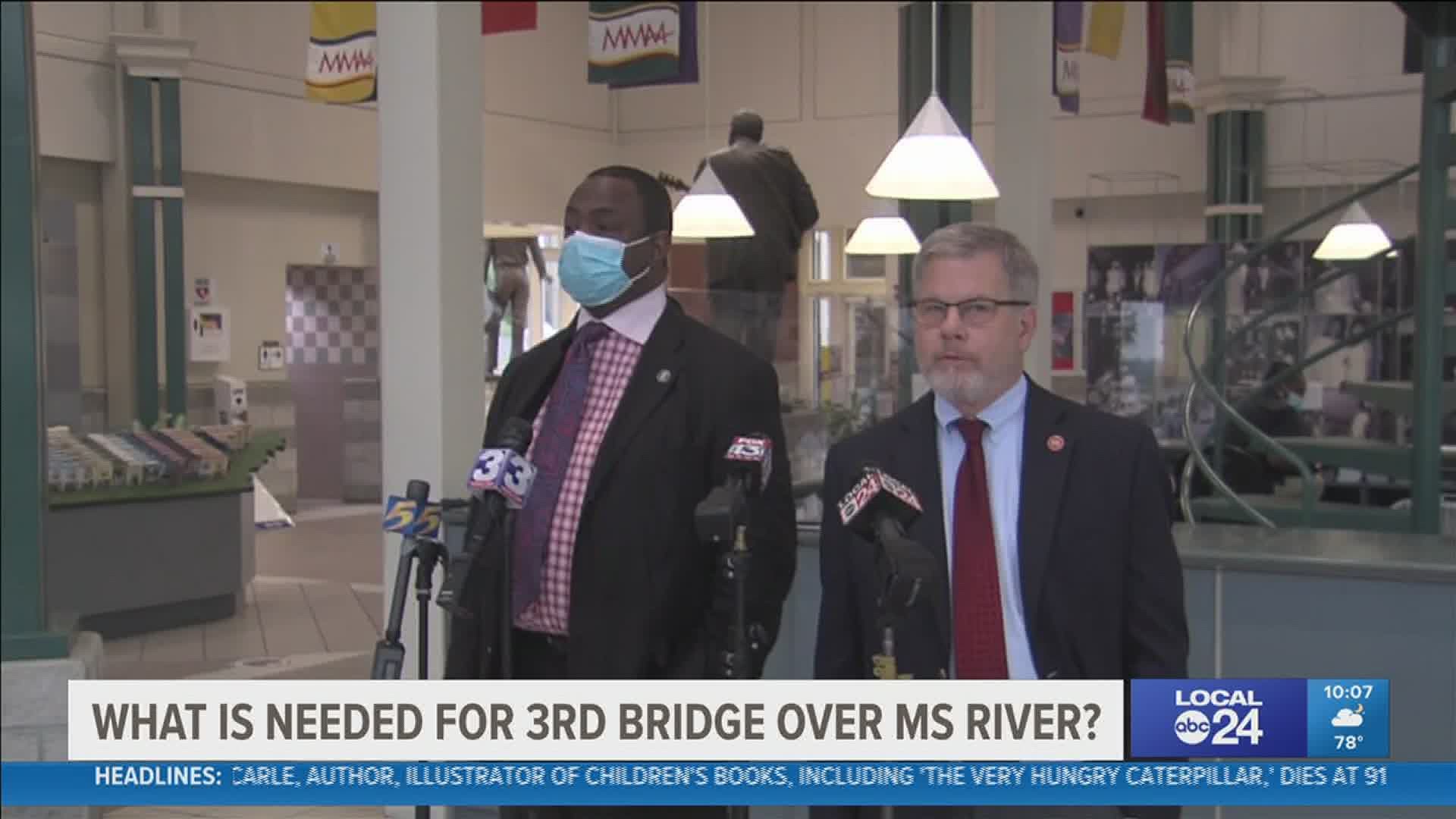 MEMPHIS, Tenn. — Tennessee lawmakers are pushing for a third bridge from Memphis to Arkansas after the I-40 shutdown. It’s an effort that is gaining some renewed traction.

“As we’re talking about a new bridge across the Mississippi River it’s us recognizing that our existing infrastructure across that river is aging,” said Bobby White, the chief public policy officer at the Greater Memphis Chamber:

The Tennessee Department of Transportation conducted a feasibility study in 2006 and it shows a new bridge could cost at least $449 million.

In 2011 TDOT began the initial planning and environmental studies for the Southern Gateway Project. The purpose was to improve cross-river travel for people and freight.

“It was probably about 2012 when that project kind of got off track and I think really if you go back and look at it I think it really got off track because you had folks that were thinking about how can we fund this,” said White.

With Memphis being the mecca for distribution with interstate routes that carry some of the highest truck volumes in the nation advocates say a newly-built bridge would be impactful.

“We do know we need that bridge and we do know obviously we want it in our backyard if we can help it,” said Towns. “Because we think that also helps commerce brings people in and out and gets them in and out.”

White said the next step is getting partners back on board.

“It’s about getting our diverse coalition partners back together who all agree in the direction that we’re going,” White said. “Number one and then number two is all about that diversity in D.C. As it relates to our diverse congressional members.”