This operation hopes to cut down on highway deaths and all violations on interstates, including drag racing and interstate shootings. 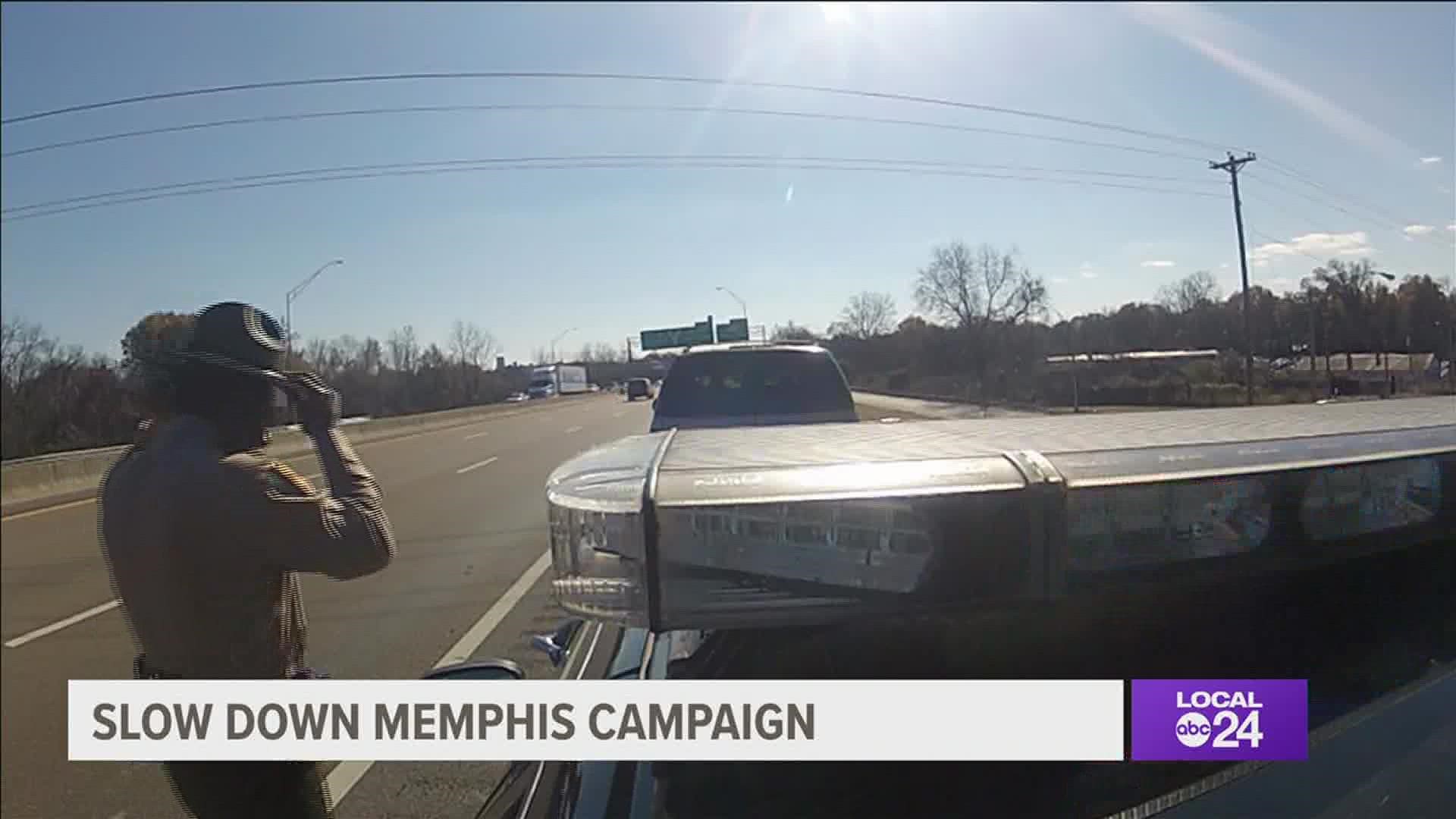 MEMPHIS, Tenn. — In the first six days of the safe driving campaign, Slow Down Memphis hundreds were stopped and cited.

It's been a busy week for highway patrol.

“That's our job, along with all the other law enforcement,” said Sgt. Chris Richardson with Tennessee Highway Patrol. “Save lives. We've written a lot of tickets, not because we want to, but we had to."

According to Sgt. Richardson, in the first week of Slow Down Memphis, troopers stopped 299 drivers.

"We arrested 12 people on misdemeanor charges, one felony charge,” said Richardson. “150 warnings were given."

MPD’s Slow Down Memphis operation to combat speeding, drag racing and interstate shootings has revved up by partnering with the Shelby County Sheriff’s Office and the Tennessee Highway Patrol. https://t.co/yYYhhBqfoe

137 tickets were non-moving citations. Those citations include:

“We were 21 over in fatalities this year compared to last year,” said Richardson. “Right now, this week. With all we've done, we've got that number down. We’re down 9 from where we were last year."

These are just tickets, citations, and arrests by THP. This doesn't include numbers from Memphis Police or Shelby County Deputies. We've asked both agencies for their numbers, and haven't received them yet.