American, Delta, and United are resuming non-stop flights from Memphis to New York

The routes were originally suspended during the COVID-19 pandemic. 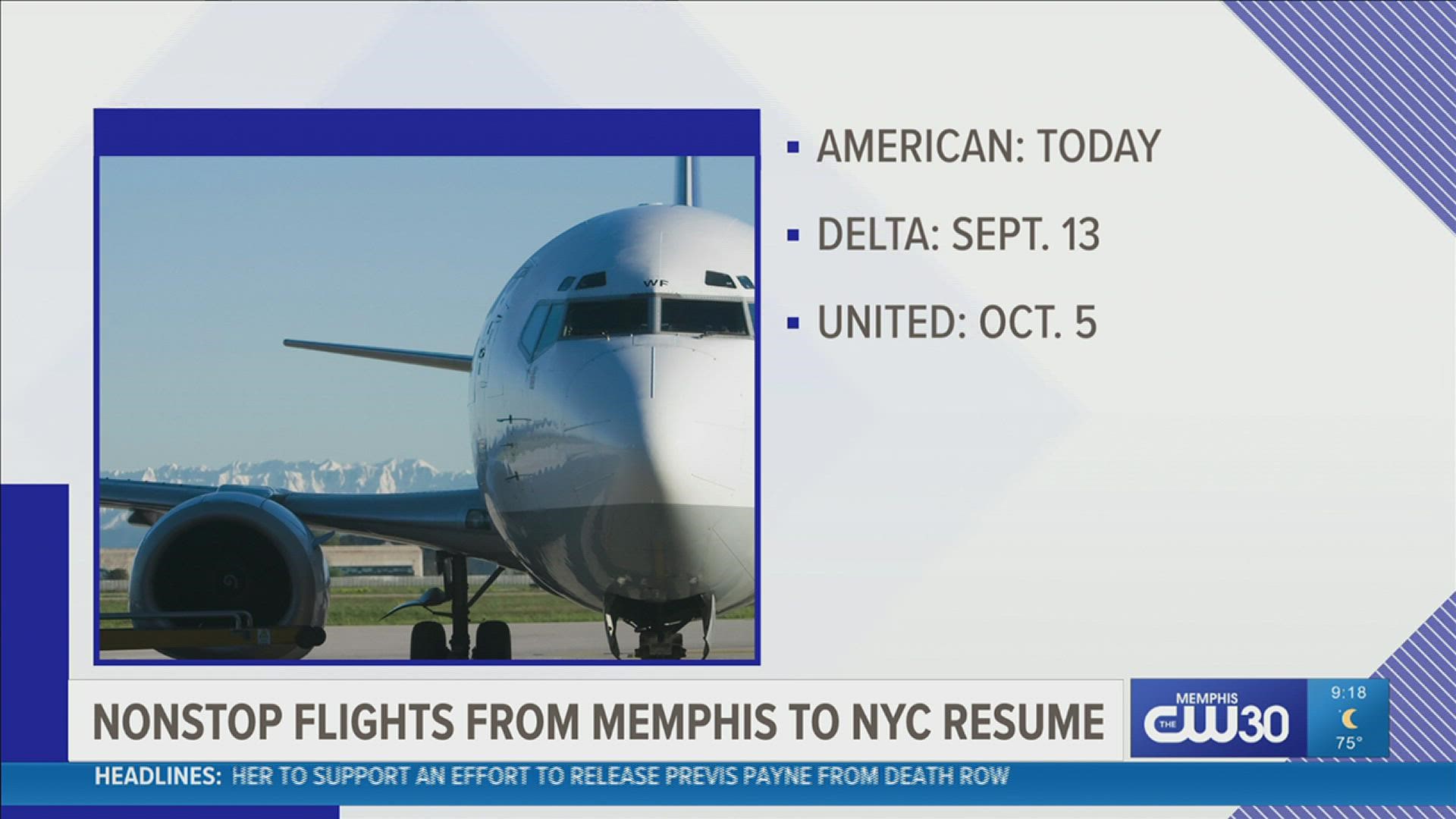 MEMPHIS, Tenn. — You will be able to once again take a nonstop flight from Memphis to New York City.

Officials at Memphis International Airport said Wednesday that American, Delta, and United are resuming the non-stop routes, which were originally suspended during the COVID-19 pandemic.

Delta will resume daily service between Memphis and La Guardia on September 13th.

Learn more about the flights HERE.

MEM travelers' return to the NYC metro begins today with @AmericanAir's nonstop to LaGuardia (@LGAairport), followed by @Delta to LGA on Monday, 9/13 and @united to Newark (@EWRairport) on Tues., 10/5. https://t.co/rcfqWs9EkG via @flymemphis