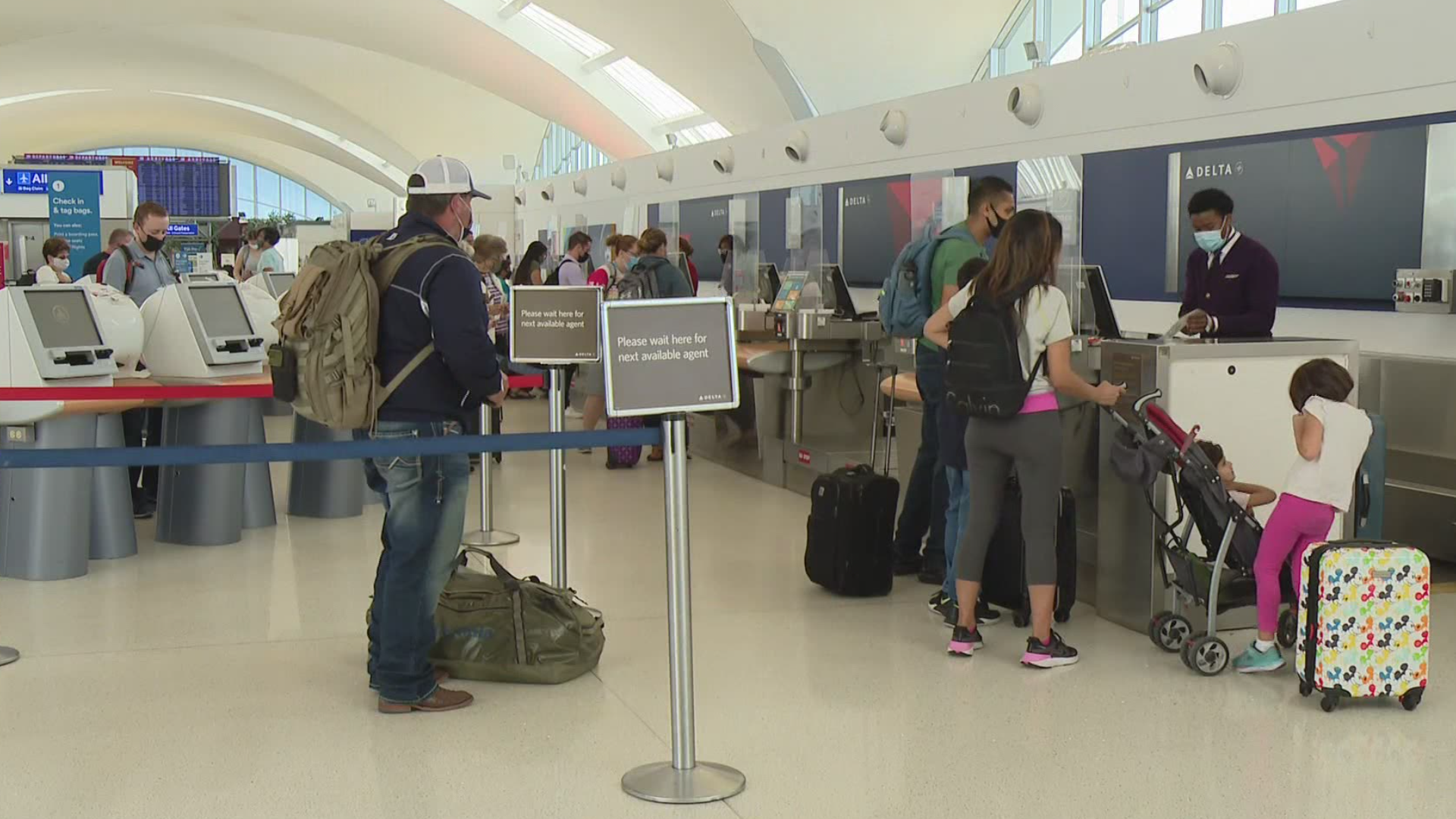 ST. LOUIS — Monday will most likely be the busiest day at America's airports since the pandemic began, transportation officials said.

"It felt pretty good to have some semblance of what things were before," Storm Lee told 5 On Your Side before catching his flight home to Oakland, California.

Sarah from Columbia, Missouri, was on her way to Germany.

"I feel OK. I am vaccinated. I'm wearing a mask. I have my negative test and I feel ready to board the plane," she said.

She doesn't know what to expect when she touches down in Hamburg, but she told 5 On Your Side she's hoping it's like Missouri.

"I actually am enjoying things being a bit slower and less busy."

Kimberly Allred was in town visiting for the weekend from Atlanta.

"St. Louis airport actually looks really good, this is actually really light compared to where I came from," she said.

She told 5 On Your Side security lines at in Atlanta took two hours this weekend. Allred said it typically takes her about 45 minutes to get through TSA in Atlanta.