Southwest blames storms for mass delays and cancellations, but pilots say other issues are at play

The Dallas-based airline has canceled or delayed thousands of flights in June. 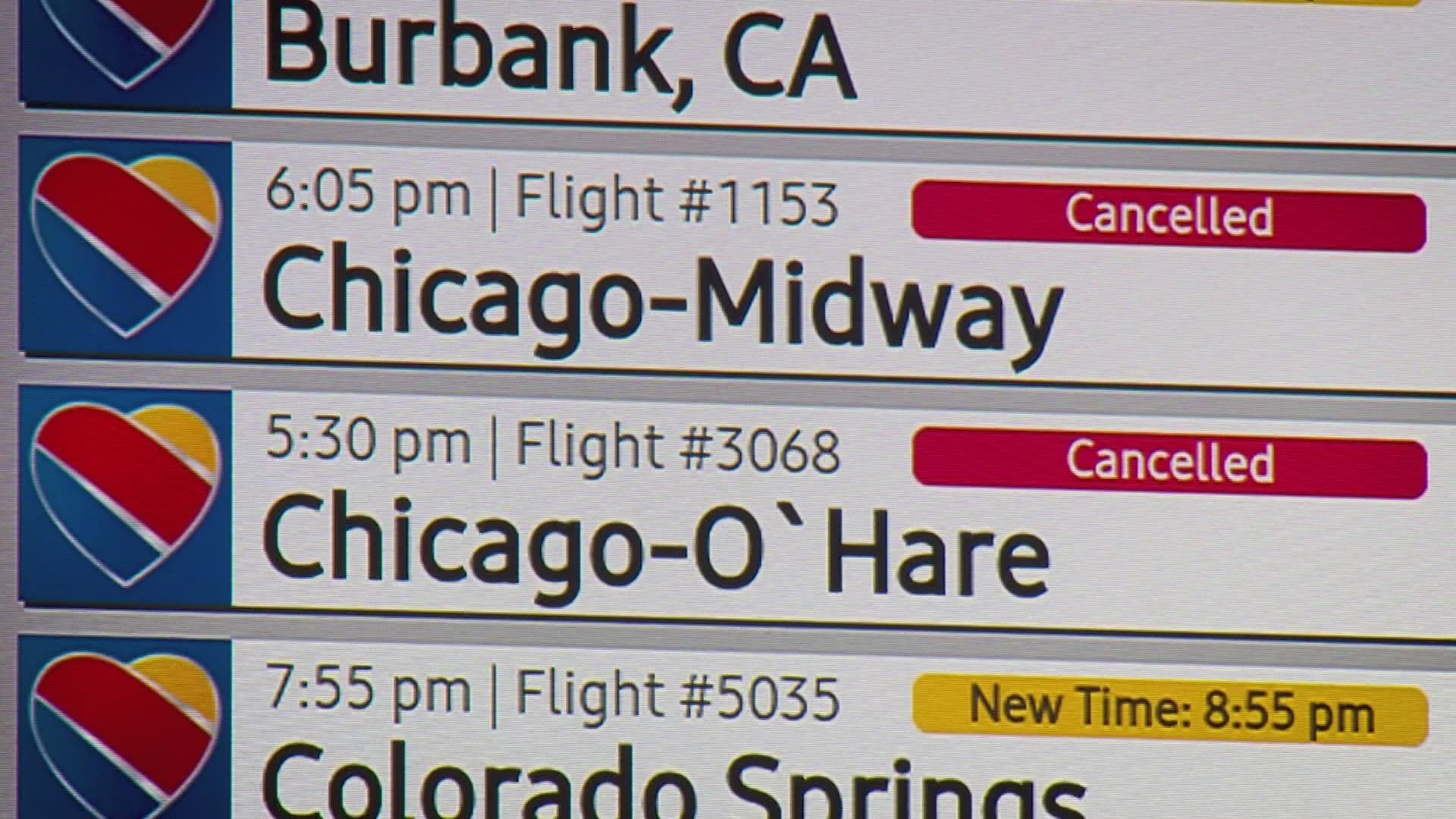 DALLAS — Amie Osborn and her family were supposed to leave Denver at 8:10 p.m. Friday and be tucked away in bed in their Indianapolis home before midnight.

Instead, after more than a day of delays and cancellations and multiple itinerary changes, they got home around 10 a.m. Sunday.

“It took us two days to get home and $1,300 additional dollars just to make that happen,” she said.

Osborn’s Southwest Airlines flight was one of more than 1,300 the airline canceled or delayed over the weekend according to the Flight Aware website.

#SouthwestAirlines Denver has people sleeping all over. This is just a few. No hotels available and well over 24 hours before we can even make it home. Cancelling my southwest card the minute I get home. Screw companion passes. This is hell pic.twitter.com/qJl9W779ps

Southwest says weather is to blame for the cancellations.

“Summer convective thunderstorms are impacting all of the airlines,” said a Southwest spokesman.

Unlike airlines that operate the bulk of their flights out of one or two major hubs, Southwest is the top airline in many large metro areas.

So, weather events “can be more challenging” and produce a ripple effect that takes a few days from which to recover, the airline said.

Casey Murray, president of the Southwest Airlines Pilots Association, agreed that weather is a factor in the delays and cancellations.

He claims the airline is facing staffing shortages caused by pilots and others taking extended time off to avoid pandemic-related layoffs.

But the Southwest spokesman said it would be inaccurate to say that cancellations and delays over the weekend were trigged by staffing.

The FAA requires pilots to undergo training before they fly again if they’ve been out of the air for a certain number of days.

“We have about 900 pilots who are coming back from extended time off that are being trained in June and July and we’ll probably slip into August,” Murray said.

Travel industry analyst Henry Harteveldt said there’s no question Southwest has been impacted by weather problems, but he said the pandemic continues to be a factor.

“Southwest is not alone in feeling this pain,” he said. “Its cross-town competitor American has also suffered problems.”

RELATED: What should you do if your flight gets canceled? Here are some tips

Harteveldt said other airlines kept their pilots trained during the pandemic, which has made for a smoother recovery from COVID.

But now that restrictions have eased, flight simulators can be run at full capacity and he believes pilots will likely be able to train and recertify within a matter of weeks.

“Weather cannot be controlled,” Harteveldt said, “Preparing an airline for the rebound of its business can and we have to hold the airlines accountable for when they did not adequately get their pilots trained and ready to go for business recovery.”

Osborn said the Denver airport was filled with people trying to find a place to sleep.

“They didn’t cancel our flight until 1:00 a.m., and at that point there were no hotel rooms left, no rental cars and no resources for us to find a place to stay and maybe shower,” she said.

RELATED: Ready to fly again, but now you have a baby? Here's how to make the trip smooth for everyone

Her family was rebooked for a Saturday morning flight that also got canceled, she said, so they ended up flying to Las Vegas where they purchased tickets on Delta.

They flew to Detroit and then home to Indianapolis.

The Osborns are about to move to North Texas and she’s not sure how quickly she’ll be ready to fly Southwest again.

“It’d be scary for me to jump back on a flight with them until things are worked out,” she said.

Southwest said once the weather calms down, more of its flights will return to on-time arrival and departures.

But Murray is not as optimistic.

“This [July 4] weekend coming up is going to be a true test for the entire breadth of Southwest Airlines,” he said.