A number of cruise lines sailing out of U.S. coastal cities are preparing send their first ships out since the pandemic, in the coming weeks. 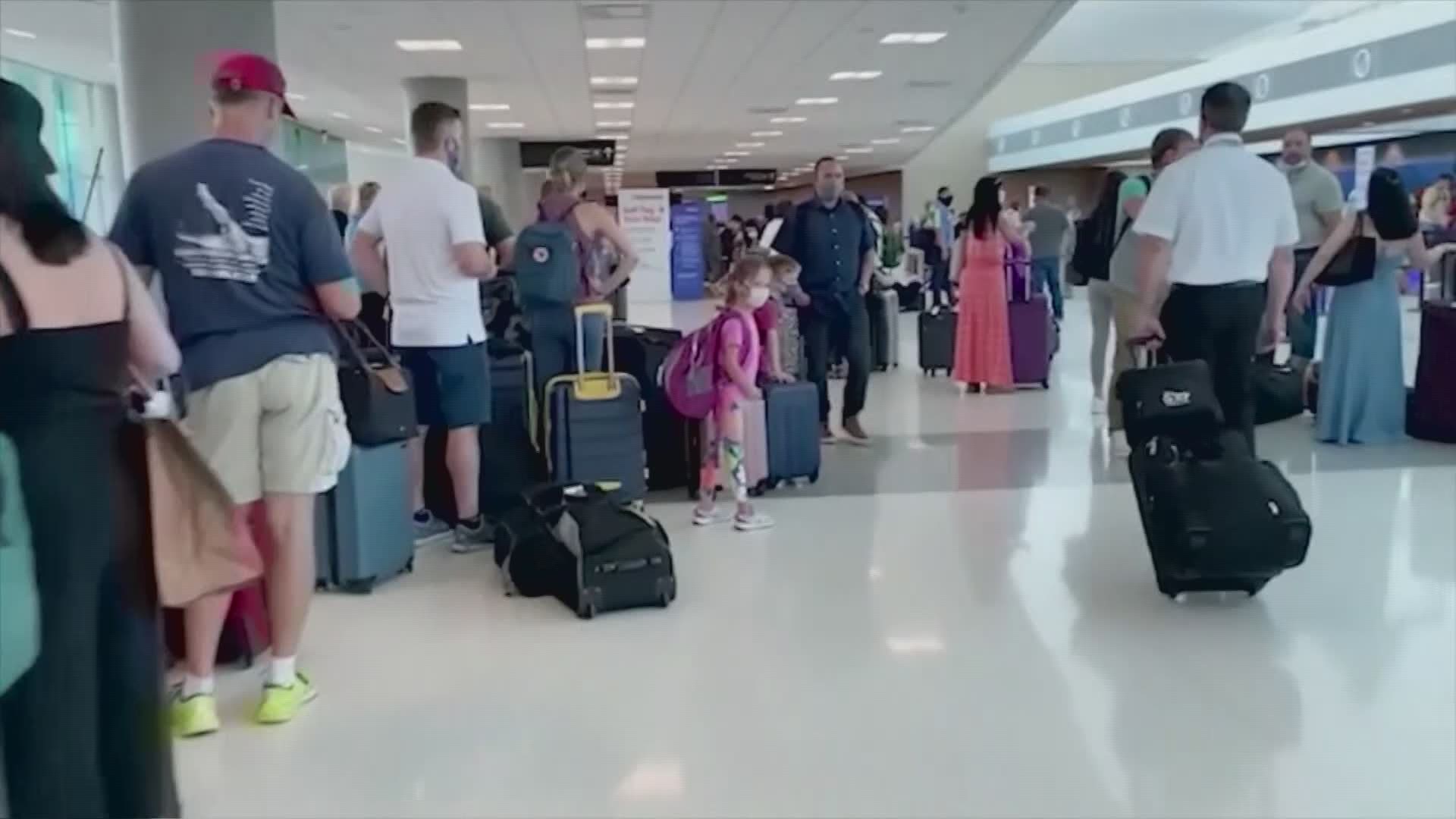 DALLAS — In early April, the CDC announced it was safe for fully vaccinated Americans to fly domestically. The green light was one of the first major signs that normal travel was on the horizon after a year of pandemic precautions and a sharp dip in travel plans.

When the CDC made the announcement, Steve Cosgrove, the CEO of Dynamic Travel & Cruises Inc, had some advice: book early ahead of a surge in demand and price.

"Demand’s out of the roof, and it’s only going to increase," Cosgrove said. “I’ve got a store here at the airport, DFW Airport. The lines here at TSA are out the wazoo. There’s huge crowds at the gate when a plane’s departing. I feel bad for the people flying standby that day, or who have missed your flight, cause the rest of the flights that day are probably sold out.”

While the numbers show travelers are feeling more comfortable with picking trips, the travel industry is working to recover from the impact of the pandemic. There's also the fact that COVID-19 is still around.

“We don’t totally know what we’re dealing with yet, and where it’s going to go next," said Cosgrove.

Cosgrove said he already has clients on cruises in the Mediterranean.

A number of cruise lines sailing out of U.S. coastal cities are preparing send their first ships out, since the pandemic, in the coming weeks.

Up until early Wednesday afternoon, Celebrity Cruises had similar guidelines. Wednesday the company announced passengers sailing out of Florida will not have to show proof of vaccination after challenges from Florida Governor Ron DeSantis. Passengers sailing from other places will have to show proof of vaccination. The company's site says unvaccinated passengers will have to follow stricter guidelines.

“Rules keep changing," Cosgrove said. "You know, these are the rules as of 4 o'clock today. Check with me tomorrow, and we’ll see what the rules are tomorrow.”

“American’s dealing with a pilot shortage," Cosgrove said. "They’re calling people back. They’re getting them trained as fast as they can. It’s just not a switch you can flip, have a light come on and all of a sudden all the pilots can come back up, be up-to-date and ready to flight on a moment’s notice. It takes time.”

The canceled flights only amount to about 1% of the airline's daily operation in July, according to an American Airlines spokesperson. On Wednesday, about 40 AA flights were canceled at DFW Airport for staffing, weather and other reasons.

As the U.S. monitors the new Delta variant of COVID-19 and the country's hardest hit industries work to get back to where they were, Cosgrove has a new nugget of advice: invest in travel insurance, and pack your patience.