It gets hot in Northern California during the summer, but this heat wave has a few things that sets it apart. 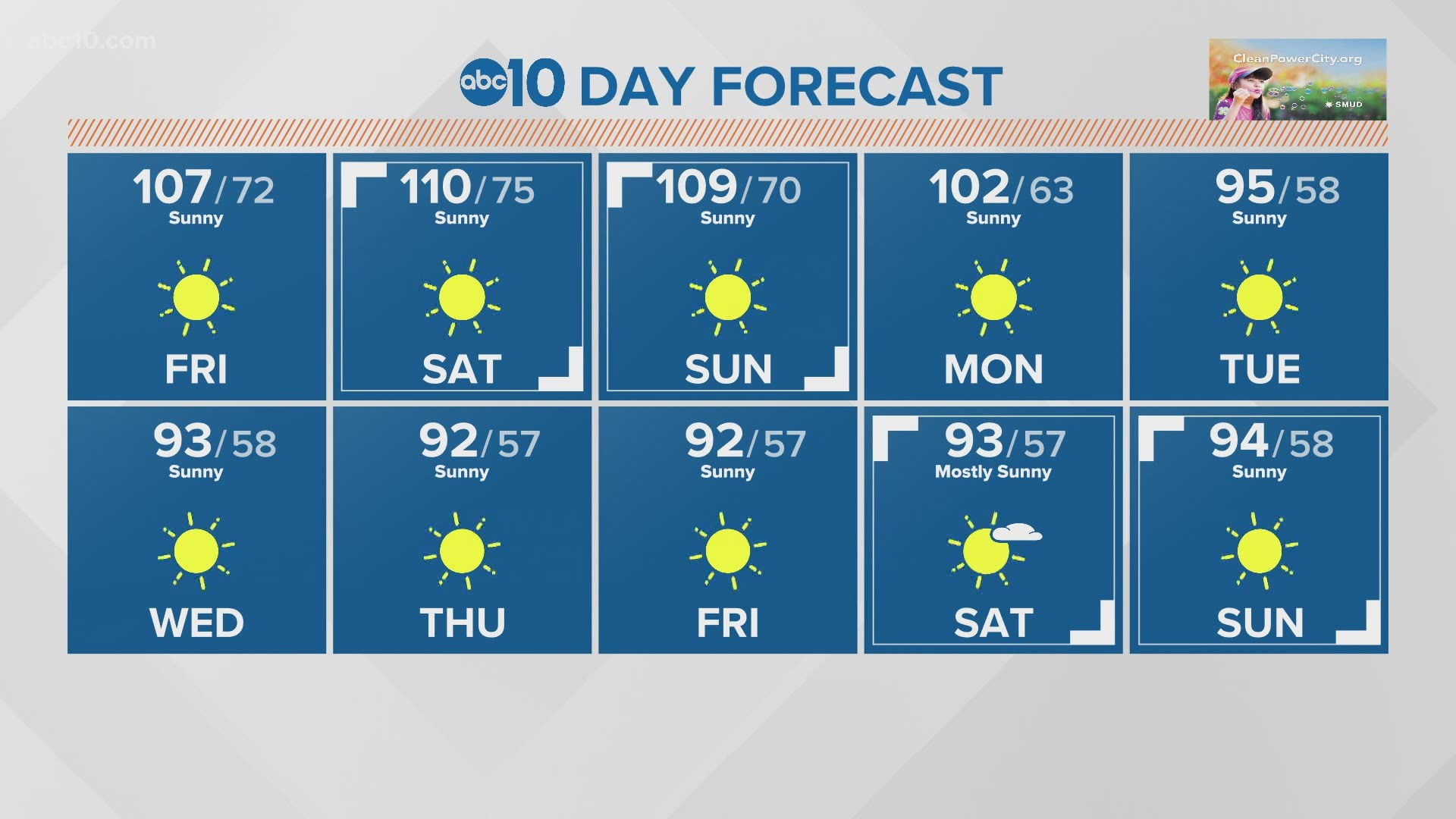 SACRAMENTO, Calif. — A dangerous weather pattern will bring well above average highs to the Sacramento and San Joaquin Valleys, surrounding foothills, and parts of the Bay Area starting Thursday, July 8.

All heat waves have different characteristics that make them unique with special risks that deserve recognition and discussion. Here are five ways this heat wave is different than the previous we've experienced so far this season.