Although tornadoes can occur at any time, the U.S. tornado season typically runs from March through November or sometimes into early December. 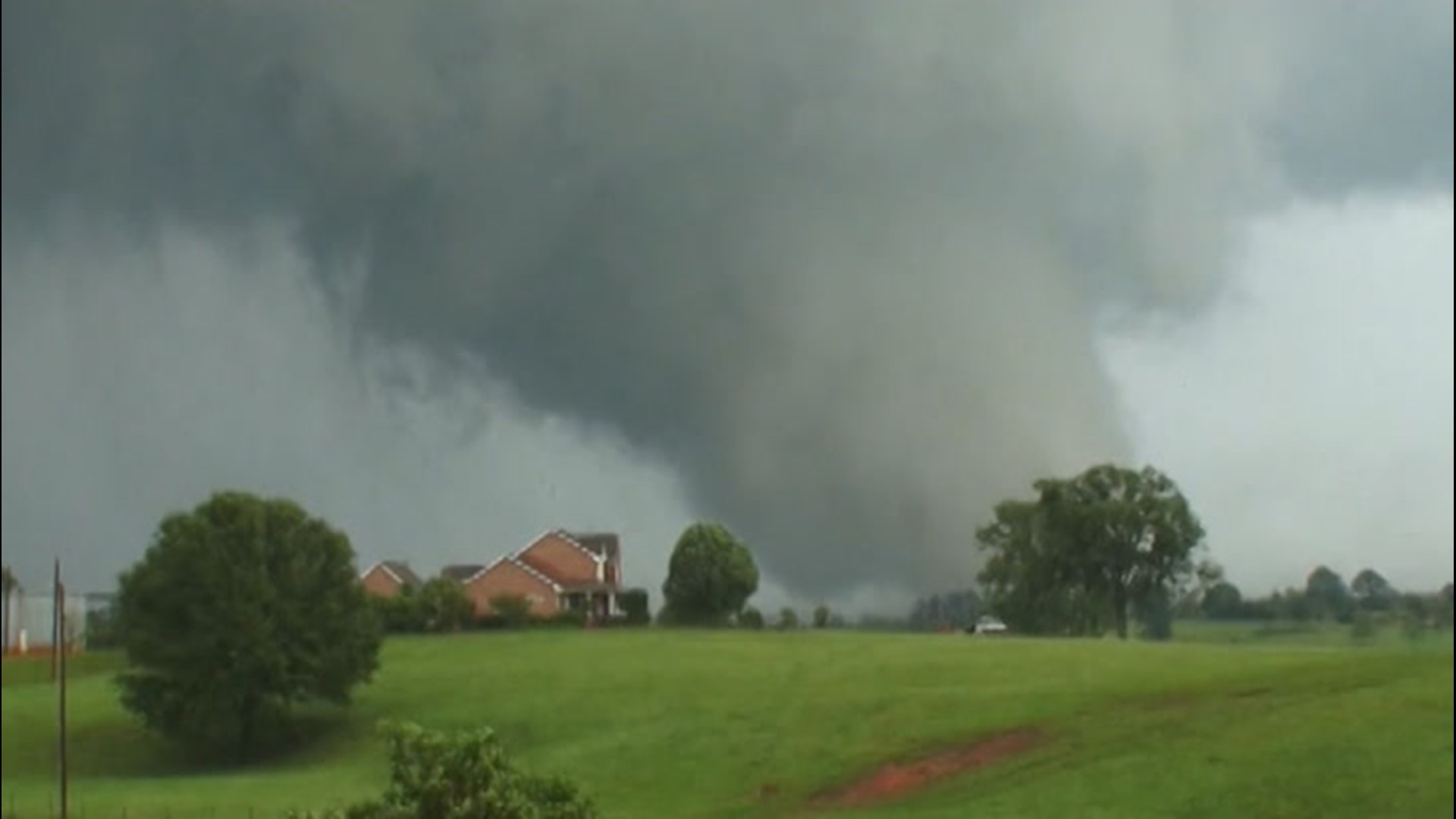 The anniversaries of four of the 10 deadliest tornadoes in United States history all occur within the next 22 days starting Friday. Those include the May 22, 2011, EF-5 tornado that hit Joplin, Missouri, through to the June 12, 1899, EF-5 twister that struck New Richmond, Wisconsin.

May and June are the peak months for tornadoes in the United States, with an average of 269 occurring in May and an average of 229 in June, according to National Oceanic and Atmospheric Administration (NOAA) data from 1991-2015.

Improved forecasting, the use of Doppler radar and better early warning systems have led to a significant drop in the death toll from tornadoes, despite increasing populations in tornado-prone areas. The Joplin, Missouri, event is the only one of America's 10 deadliest tornadoes to have occurred in the last 67 years.

Worldwide, tornado record-keeping is spotty because twisters often strike in unpopulated or unobserved areas and the technology in some places is not as robust. But it's estimated that the U.S. experiences roughly three to four times the annual number of tornadoes of the rest of the world combined.

Credit: Accuweather
NOAA chart illustrating the number of tornadoes in the US each year from 1950 to 2019.

An average of between 1,253 and 1,297 tornadoes occur annually in the U.S., while other countries combined get roughly between 300 and 400 a year. Canada, Russia, the United Kingdom and Bangladesh would round out the world's top five hot spots.

RELATED: 40 years ago, a young man filmed the first-known amateur video of a killer tornado

RELATED: Jetliners sidelined by pandemic may be 'sitting ducks' amid looming weather threat

In fact, Bangladesh is widely considered to have experienced the world's deadliest recorded tornado on April 26, 1989, which leveled a path of destruction from Daultipur to Saturia and was responsible for more than 1,300 deaths and more than 12,000 injuries.

Although tornadoes can occur at any time, the U.S. tornado season typically runs from March through November or sometimes into early December. Tornadoes cause an average of 80 U.S. fatalities annually, and tornadoes and their destruction killed a total of 41 people in 2019. A total of 73 tornado-related fatalities have occurred so far in 2020, the most by this time of year since the devastating 2011 season when there were 366 by May 18.

Credit: AP
This frame grab from video shows a massive tornado on Sunday, May 22, 2011, outside Joplin, Mo.

The current average number of U.S. tornadoes per year based on long-term data is lower than what actually occurs each year. That's because the number of tornadoes reported annually has been rising over the past few decades mainly because more are reported as the U.S. population has risen and more people have access to mobile devices and cameras. Many tornadoes of the past were not seen or recorded; this change may amount for an increase of reported tornadoes of up to 20 percent over the last 40 years and 10 percent over the past 20 years.

Here are the 10 deadliest documented tornadoes in U.S. history.